Campaign marks International Day for the Elimination of Violence Against Women.

Domestic violence charity No More Foundation has launched a campaign encouraging the British public to help victims stuck at home during the coronavirus pandemic.

Created by MRM, “#ListeningFromHome” shows people at home whose everyday lives are disturbed by loud noises from their neighbours.

While each person appears concerned by the noises, nobody takes it upon themselves to find out what is really going on, prompting the message: “If you are on the safe side, please help those who aren’t”.

The campaign was launched today in commemoration of the International Day for the Elimination of Violence Against Women and the 16 days of activism against gender-based violence, which runs every year from 25 November.

It includes posters and a radio spot, and was created by Jon Wells and directed by Norton through Great Guns US. 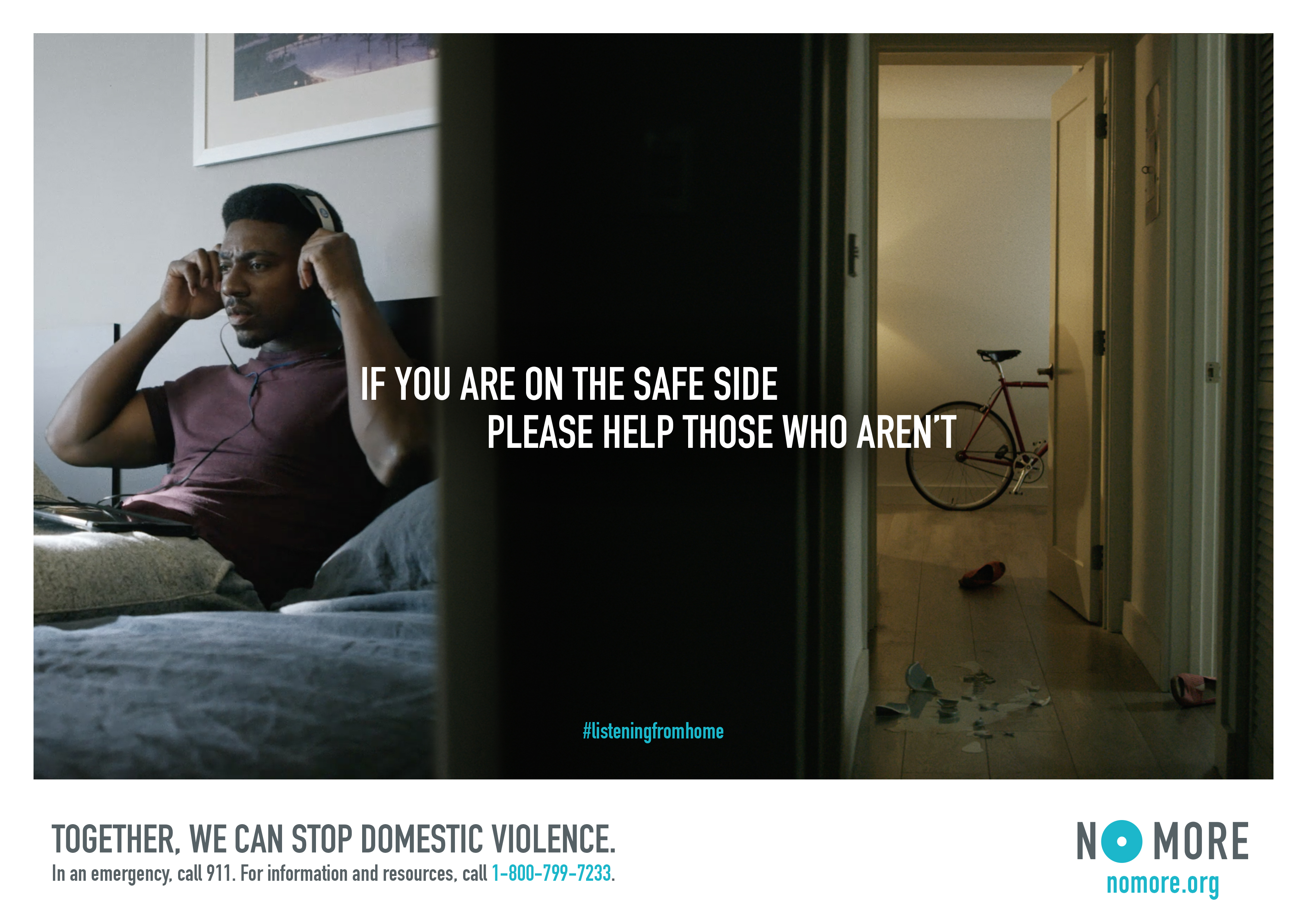 “As Covid-19 surges and the 16 Days of Activism begin, it’s important to call on everyone to help stop domestic violence that’s occurring literally and figuratively next door,” Pamela Zaballa, global executive director of No More Foundation, said.

“We are extremely grateful to MRM and Great Guns for their incredible work and support.”

In April, No More Foundation launched a spot raising awareness for the spike in domestic violence during the Covid-19 crisis.

Nicky Bullard, chairwoman and chief creative officer of MRM, added: “It takes three years on average for people in violent relationships to ask for help; so if we, as neighbours, on the safe side of that wall hear it, let’s report it.”

Black Lives Matter: What difference has it made?