Last week, Domino's announced a partnership with Snapchat, the latest in a long line of digital initiatives launched by the company.

With the help of its agency Iris, the pizza brand created a short film to feature on Snapchat's storytelling channel, Snapchat Stories, for 24 hours.

Snapchatters saw a random collection of letters through the film which made up a unique discount code for an online pizza.

There’s a simplicity and functionality to many of Domino's digital campaigns and pizza-ordering widgets that perhaps belie the sophistication of the technology that power them.

From the likes of one-tap ordering, smartwatch-enabled order-and-track, the Pizza Legends' personalise-and-share-your-own-pizza promotion, and Xbox console ordering, Domino's has eschewed the toe-dipping approach to tech and instead plunged headlong in.

Marketing spoke to Nick Dutch, Domino’s head of digital, about the Snapchat initiative, virtual reality, and how Domino’s as a digital business.

Why launch on Snapchat?

We saw it as another opportunity to reach a target audience in a discrete fashion, rather than through the other channels we use most. Even the likes of Twitter and Facebook, are relatively mass-market in their reach. 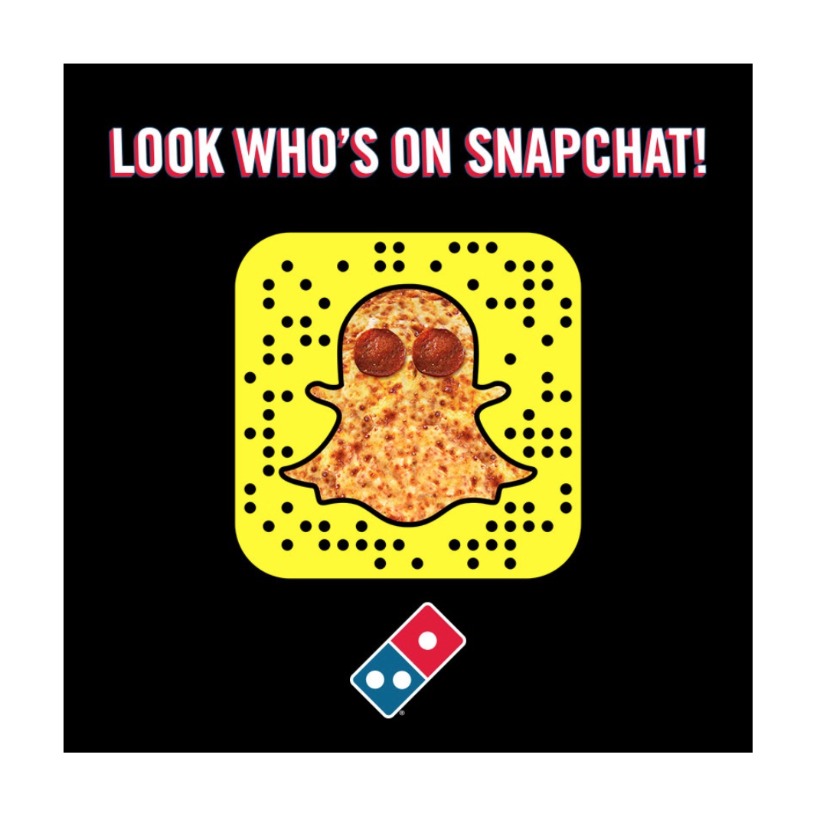 We like the fact that Snapchat can reach an 18-24 year-old audience. It’s a much more relevant channel for them, with such unique ‘native’ functionality there really is no other channel being used by young adults in quite the same way. This means we can be more flexible in terms of creativity.

Virtual reality is making the headlines with Oculus Rift pre-orders live and Sony VR on the horizon. Have you considered toying with VR?

There’s nothing concrete that we can say. But there’s interest. What we’d try to do is to identify a real-use case - a scenario where a customer would want to use VR.

In the past we’ve played with augmented reality, which was a kind of precursor to VR but in a slightly different way. So we’re always comfortable looking at this kind of technology, where you’ve got to learn fast.

I think the difference with VR is that it’s something that people will really use, whereas augmented reality never really took off.

We look at all these types of technology and their application beyond the consumer - so how VR can be used in medicine, for example. Once tech gets developed and refined for more than pure recreational use, the technology becomes serious and consumers benefit because there’s a crossover between the two.

What are your digital marketing highlights of last 12 months?

I think there are two things we’re most proud of. Pizza Legends, which was a personalisation and socialisation platform that played on the inherently sociable nature of pizza.

So rather than just driving people to our website, we encouraged them to create their own ‘legend’ pizza and pimp it up to the max. There was a small video people could share and they were able to buy their own creations, or other people’s including celeb-created pizzas .

It was a campaign that found a way to socialise and personalise the products without having to launch a new pizza to create news. It caused a sales uplift with people putting more toppings on their pizzas, so was a great success from both a brand and commercial perspective.

We are also proud of Easy Order. We set ourselves a target of allowing a customer to order their pizza with literally ‘one tap’ and in Q4 last year we delivered on that target.

A user can configure their account with a saved basket, saved address and saved method of payment, and then when they go to the app or the website they can order with just one click or tap. 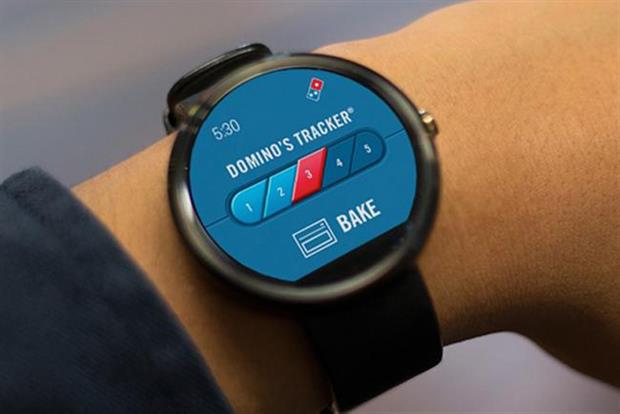 For New Year’s Day, we also launched the Easy Order Apple Watch, which was perfect for not even getting the phone out, tap your wrist and pizza is on its way!

It’s too early to talk about real results, but the uptake of all the constituent parts - saved baskets, addresses, debit card details and other contributing factors to make an order possible - has been significant.

Domino’s appears to ‘get’ digital - it doesn’t seem so much an adjunct of your business, but at its core.

Pizza Legends and Easy Order stand out for us as they are great examples of collaborations between our IT and marketing teams and agencies. Both of these demonstrate our shift from a business that performs well as an ecommerce player to a business thinking digitally at its core.

We’re continuing to drive more and more sales through digital, which was a very conscious decision going into 2014/15. For the first half of 2015 [26 weeks ending 28 June], 77% of all delivered sales were via the web or our app, up from 69.7% in the same period in 2014; while over half (54.3%) of ecommerce sales come via mobile, from a combination of app and responsive web.

We talk to and communicate with our customers as a digital business that happens to sell a tangible product, so many of our initiatives are about creating genuinely new digital products.