The Childhood Eye Cancer Trust is marking today's World Sight Day with a multichannel campaign to raise awareness of retinoblastoma (Rb), a rare cancer that affects babies and children.

The centrepiece is a large inflatable of the "Dot" character, which was installed this morning at Old Spitalfields Market in London. It is intended to offer a visual representation of how the world may look to a child who is losing their sight to Rb.

This is supported with digital out of home across London and geo-targeted Facebook ads, directing people in the area to search for the Uninvisible Friend online. 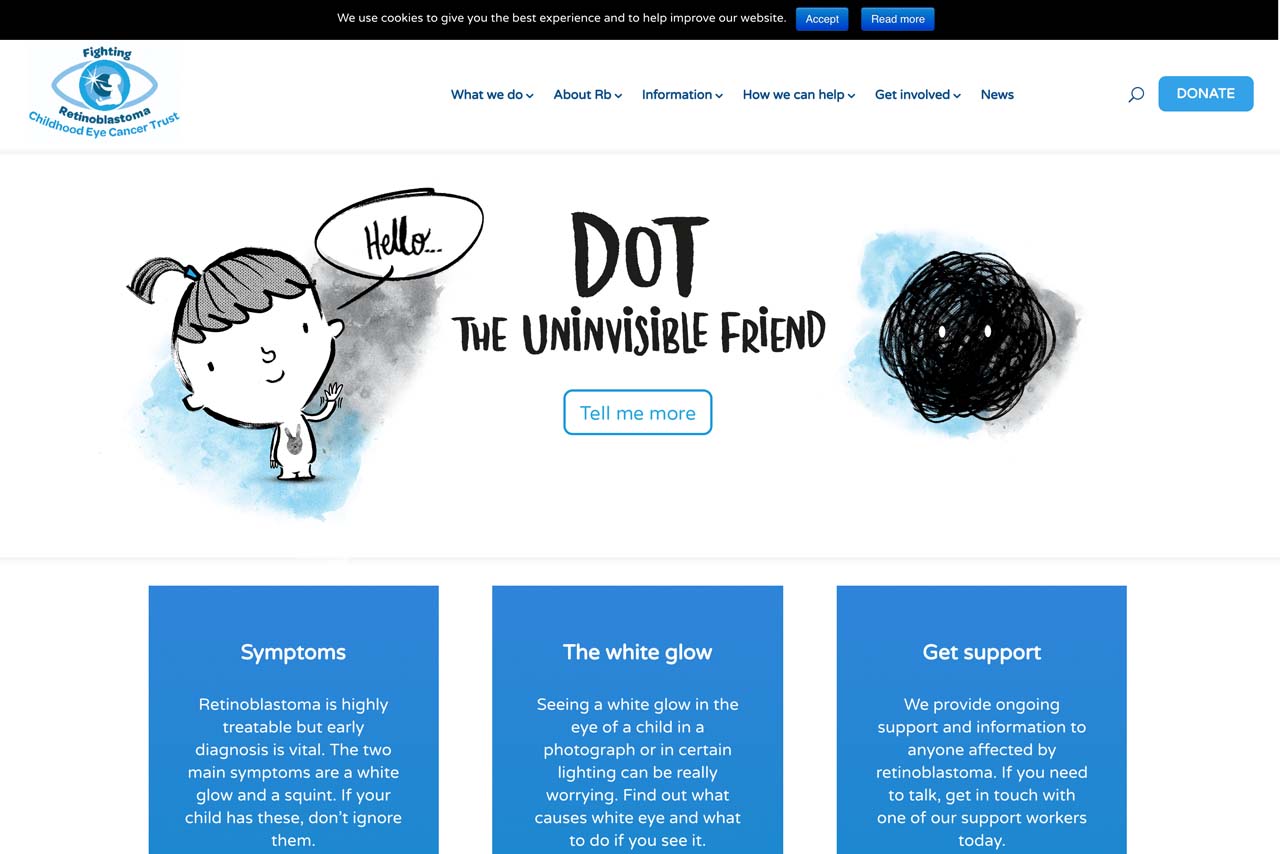 An interactive campaign website (above), illustrated by artist Peter Clayton, tells the story of Alice and Dot, highlighting the symptoms of the disease.

The campaign is also being supported by Vision Express, a supporter of the charity, which is today putting a "Dot" on the lenses of all the glasses in the children’s section of its Oxford Street store, and featuring the story of Dot on its in-store digital displays.

Abi Ellis, Wunderman UK’s executive creative director, said: "Cancer is scary for anyone, but even more so when it involves our kids. Our aim with this campaign is to help parents learn about Rb in a non-frightening and creative way, by making the invisible visible."