Accenture Interactive is expanding its Droga5 creative agency network globally, announcing the opening of a new office in Japan and further expansion into Brazil and China later this year.

Droga5 Tokyo will be led creatively by Masaya Asai as chief creative officer, who left his role as global creative director at TBWA\Hakuhodo last month. Its general manager will be Chris Burgess, who most recently was Droga5’s business lead for two of its largest financial clients, Chase and Allstate. Dan Ng, who has been brand strategy lead for some of Droga5’s award-winning work including MailChimp and Facebook, will become the head of strategy in Tokyo.

"Japan has long been a source of inspiration for anyone creative. It's home to so many brands and visionaries known for their innovation, ingenuity, and integrity," David Droga (pictured below), founder and creative chairman of Droga5, said. "It's a natural place for us to open our next gen office. We are grateful and excited for this future." 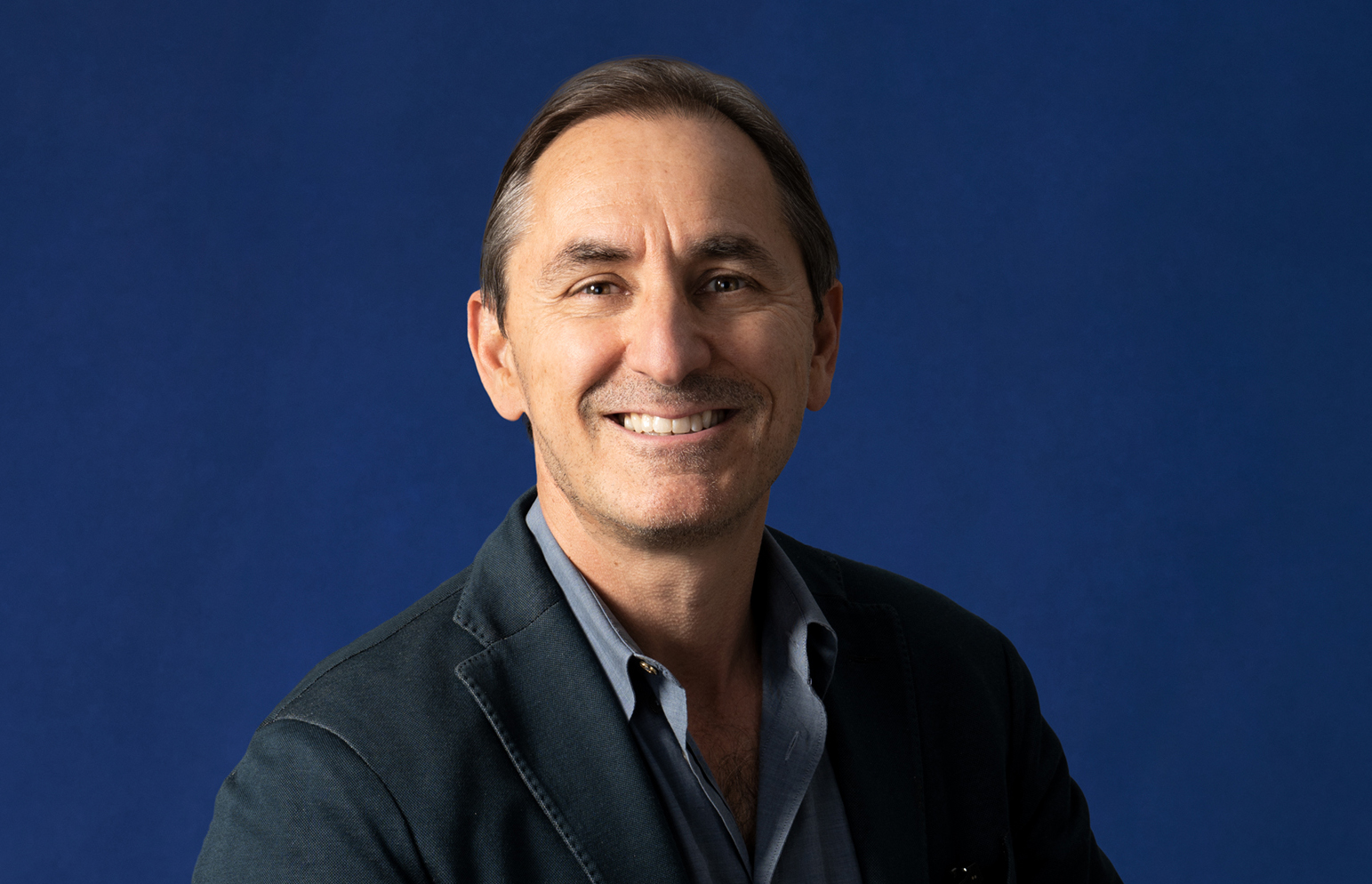 In a release, Accenture Interactive said that Droga5 Tokyo will work on both regional and global remits, allowing clients in Asia-Pacific and around the globe to tap into creative expertise from Japan alongside the full capabilities of Accenture Interactive, to deliver work connected across the entire brand experience.

"Droga5’s expansion builds on the success of the new disruptive agency model we’ve pioneered and is a reflection of our continued investment in our clients and people in Asia Pacific," Flaviano Faleiro, Accenture Interactive’s president for growth markets, said.

"Clients across the Asia-Pacific region like us for our creativity, insightfulness, and purposeful work. By adding Droga5’s unique capabilities and thinking to our market’s repertoire, we continue to strengthen the value and portfolio of experience-led transformation that we’ve been entrusted to run in the region."

The Tokyo office Droga5 Tokyo will be housed in Accenture Interactive Studio in central Tokyo. While the agency did not disclose how large the office will be, it said it is currently onboarding people and will grow as business develops.

Droga5's global chief operating officer Susie Nam (pictured below) told Campaign that when the appointments are announced in due course "it will be clear that we are pursuing a solid balance of gender diversity [as] DEI is part of Droga5’s daily meditation and DNA". 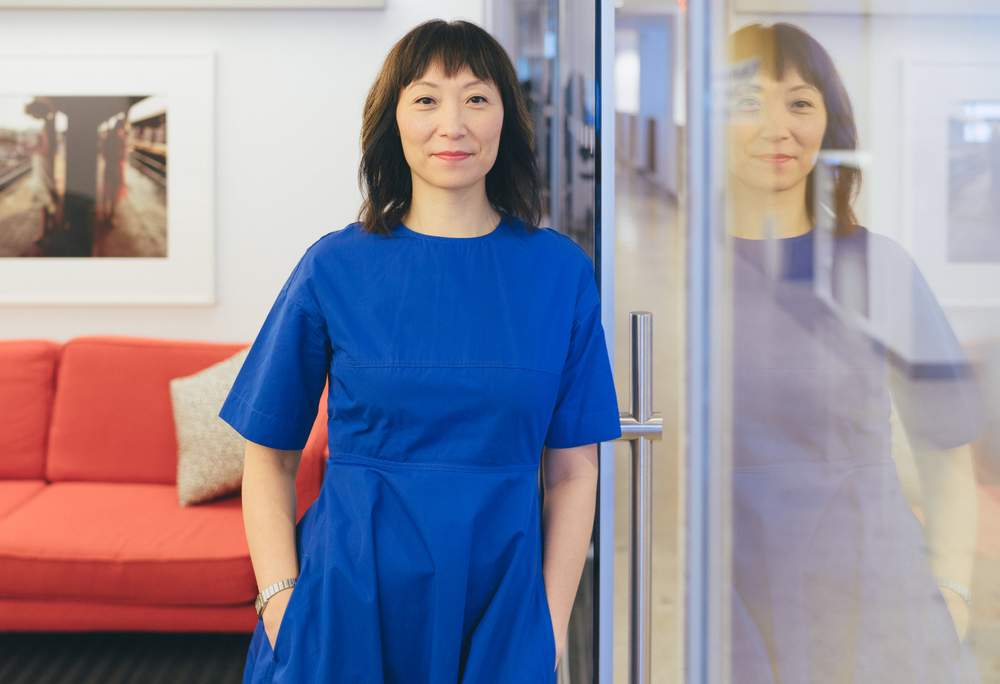 The Tokyo location is going to be its own unit, with both its own clients (conversations have started with various brands though none have been disclosed yet) and shared clients from within the Accenture Interactive group.

Major Japanese clients have included Coca-Cola and Softbank. Asked whether the Droga5 Tokyo will specialise in its service offering, Faleiro told Campaign that Droga5 will add the brand purpose thinking and creative excellence to Accenture Interactive's current capabilities in Japan that include app development, experiential design, digital advertising, and upstream business consulting.

"Two years ago, we were talking about turf wars between consultancies and agencies, and now you are seeing how our approach – the unified focus on experience – start to become its own category. Our creative family – including Droga5 – will continue to have an increasingly important role in creating these meaningful experiences for our clients," Faleiro said.

"Droga5 naturally fits into what clients in Japan are asking for and where the market is going in terms of creativity and brand-thinking capabilities. There is great interest currently. This need and market reality makes this the right time to open this office."

Droga5, founded by renowned creative Droga in 2006, has been part of Accenture Interactive since it was acquired by Accenture in 2019. It has worked with AI on brand experience and transformation for clients like Kimberly Clark, Amazon, Facebook, Lululemon and even Accenture itself.

The Tokyo office builds on Droga5's existing presence in New York and London and represents its first foray into Asia and its second into Asia-Pacific.

Before joining Accenture, the agency had opened a Sydney office in 2008 but then closed seven years later in 2015.

Accenture says further details on the China and Brazil offices, which plan to open within the next 12 months, will be made available closer to launch date.

A change for Asai

The recruitment of Asai from TBWA\Hakuhodo can be considered a coup for Droga5. Named Campaign Asia's Japan/Korea Creative Person of the Year for 2020 and in Campaign's 40 under 40 class of 2019, Asai has won several Cannes Lions including a Grand Prix for the "Shot on iPhone: World Gallery" campaign and a gold for "The most challenging ping pong table".

With roots in both Japan and the US, Asai also served as creative director at TBWA\Media Arts Lab in Los Angeles.

"Droga5 is expanding its global presence and global client base, and it's exciting that it's starting with Japan," Asai said. "The structure of our leadership team at Droga5 Tokyo allows us to be more locally and culturally fluent, so our work will have maximum impact. We're also entering the market standing on the shoulders of a robust and talented workforce at Accenture Interactive Japan that is already helping hundreds of clients grow their businesses by leveraging data, technology and innovation."

Campaign: Why did you decide on Tokyo for your first Asian presence?

David Droga: Japan makes sense as our next expansion market. The market is big and has an outsized importance to marketing everywhere on the planet. But the big reason for opening Droga5 Tokyo is interest. Droga5’s creativity and strategic rigor fit into what Japanese businesses and brands are asking for and where the market is going. Japan is unlike anywhere else in the world—a country of immense innovation, tradition, craft, quirk and pride—so it was a no-brainer that we would pounce on this opportunity when it presented itself.

We strive to build the best creative agency in each market—a new generation creative company that brings world-class creativity and strategic rigor combined with the indispensable and vast digital capabilities that come from Accenture Interactive. The opening of Droga5 Tokyo makes for a formidable new entity, built on positive impact, cultural relevance and deeper customer experience. But like every market, it comes with no guarantees, only wonderful potential. Any successes and reputation have to be earned one day at a time.

How did Masaya Asai come to be chosen as chief creative officer?

I’ve long admired Masaya. He brings a unique bicultural perspective, drawn from his roots in both Japan and the United States, which ensures the office is led by a creative leader who can draw on the strength of cultural fluency. This gives us the ability to build brands locally but also adds to our global creative community.