David Droga talks to James Swift and Claire Beale about giving his agency's London outpost another go, its new management line-up and what went wrong after the much-anticipated launch in 2013.

David Droga had no trouble replicating his personal success wherever he went. The Australian-born creative excelled in advertising on three continents before trying his luck on a fourth by opening his own agency in New York. Within five years, Droga5 was the hottest creative shop in the world.

And yet when it came to franchising his agency, Droga struggled. He first expanded Droga5 by opening a Sydney office in 2008. It won lots of new business initially but failed to keep up the momentum, and Droga closed the shop in September.

The London office opened in 2013 and was a non-starter. New business was a struggle and the work might as well have been invisible.

Unlike with Sydney, Droga is resolved to make London work and, after almost a year spent scouring the industry for the right people, he has hired Grey London’s Bill Scott as his chief executive and David Kolbusz, from Wieden & Kennedy New York, as the chief creative officer.

Both might have had reasons for wanting to leave their old agencies – Scott wasn’t going to land a more senior role at Grey, having just watched Lucy Jameson get promoted to chief executive, and Kolbusz is said not to have settled at Wieden & Kennedy – but they are marquee hires.

Kolbusz is the more established of the two. Wild and energetic, he is regarded by peers and headhunters alike as one of the best young creative leaders in the world.

Scott is more of an up-and-comer but those who know him from Bartle Bogle Hegarty and Grey speak of his quality. He is described as quiet and considered – an ideal counterweight to Kolbusz.

The US shops that succeeded in London did it through years of graft and multiple failures. It was only because Droga’s success in New York had been so spectacular that people thought he might get it right the first time.

In some ways, failing hard on his first attempt removes an albatross from Droga’s neck, but you can be sure that he has no appetite to flounder a second time. So has he done enough to ensure Droga5 London will now travel as well as he has?

How is Droga5 London Mark II different from the first?
You live and learn. I think the fundamental difference is that I’m ecstatic about [Kolbusz and Scott] being here. We went through the process of looking for these guys and met people from all walks of life, and I’m not exaggerating when I say David was the first person on my list. People raved about him. It was the same with Bill. Some of my partners in New York had worked with him and raved about him.

Being honest (and no disrespect to anyone involved in the equation, I take full responsibility), when we opened in London, and even Sydney, we were a young company and the people who opened those agencies were the people that approached me. I knew, liked and trusted the people, but I didn’t go through the process of thinking really about who I wanted to run the agencies. The beginning was more out of convenience and familiarity.

Does the new line-up feel like a fresh start?
Yes, but not to salt the earth where other people were; it just wasn’t the right time and we got ahead of ourselves. The London office didn’t have the attention it warranted from New York, and I hadn’t thought about why we were in the market beyond other people saying we should be here.

Is Droga5 London’s ambition shaped by New York, or is it down to the people running the office?
I hope it is shaped by the team. It’s about their vision. In terms of culture and values, we’re aligned – we want to do influential things. There’s not a playbook and we’re not saying: "Use this but do it with an English accent."

How do you get that balance between letting Kolbusz and Scott do their own thing and maximising the value of your brand? It’s your name above the door, and you’re known in the market.
[The Droga5 brand] is not just about what comes out of my mouth; I like to think it means what people think that I believe in and stand for. I’m a creative person who believes in the power of great work. That doesn’t need to manifest itself through me all the time. If people know I’ve got the best people here who believe in the same things as me but execute it in their own way, that’s the best thing I can do.

I’m aware that my ambition should not be limited by my own abilities. I’m ecstatic to have people I have confidence in and who do things differently. We’re a creatively led company and we want to do as much good as possible. We’re not bankers that get involved in advertising because it looked like fun.

Does the process feel like launching a start-up?
Not to be too naïve, it’s a tough market and there are always spotlights on us. But nothing is going to guide us through all that beyond the work.

We want to build a great culture where we work with great clients and` bring in more people. That’s why it’s such a great industry. We didn’t have a business plan when we opened the New York office and we don’t have one now. We’re just 600 people trying to do great stuff.

Is Droga5 London going to fill a role that no-one else is filling?
We’re not looking at it as filling a role. It’s more that the alchemy of who we are and if we can just do what we believe, then we will earn the right to have a place in the market. Our existence is not predicated on a gap in the market.

Now that you have closed the Sydney office, will you have more time to spend in London?
Sydney is as much of a different story and the same story as London. It was opened more around convenience and I didn’t put a lot of thought into it. It actually suffered, unlike London, because it gorged itself on our reputation. They won every piece of business they could in the first two years and it killed them.

Do you have plans for how you would like to see the London office grow?
We want to grow at an appropriate pace. Sydney was so artificial, it was insane. It went from three people to 150 people in three years and, in Sydney, that’s like the second- or third-biggest agency. And it didn’t do the work. You can’t live off a reputation. If you do the work, it covers all the cracks.

New York has grown 30-40 per cent every year for nine years. But we’re more defined by the business we said no to, because you have to know your own brand.

Some people want you just so they can say they worked with you. It doesn’t mean you just buy the sexy, shiny brands. I love degrees of difficulty. Some of the work I’m proudest of is for clients in categories where no-one else can see something.

What would success look like for Droga5 London three years down the line?
We don’t say how much revenue or people they should have. We want it to be a genuinely self-sufficient business. I would love to have enough work in the marketplace, where the work has touched some people and helped build some brands. I just want to feel the impact of our work.

We are a hard-working, simple industry – and I mean that with respect. There’s a lot of smart people and we touch and influence so much, and we’re such a necessary industry. If we can be one of its stars, then that’s a great thing. If we can be on the radar of a chief executive of a Fortune 500 and a student at an art college, then we can be happy. We don’t have to bullshit ourselves about being anything more or less than that.

I love the power of this industry. It’s not rocket science – but there’s probably a rocket scientist out there who needs a good agency and if they do, then we’ll be there for them. 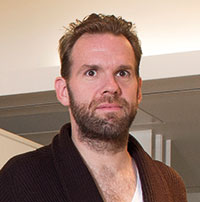 What do you like best about working in the UK?
There’s a collectivism and a shared base-level appreciation for the arts, and there’s a shared sense of appreciation for advertising. Every month, there’s an ad that’s being talked about and people get into advertising here. The industry’s important. In the US, it’s more business-focused. I like that it’s more creatively focused here.

What does the perfect Droga5 London client look like?
A lot of it comes down to personal relationships and trust. You can have a client who won’t buy work from one person but will from another.

I get excited by great work and clients that want to make great work. It’s addictive. I would never try to sell something to a client that they weren’t excited about. I believe in bespoke advertising. Of course, it has to make me, Bill and David happy too.

But we benefit from being in a market where there’s a lot of great clients with great taste – the base level of the London market is really high. If you turn on the television, there’s lots of great advertising.

A view from Scott 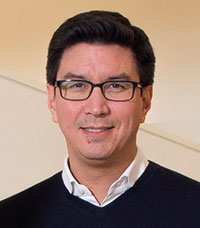 Did you know Kolbusz was joining when you agreed to move to Droga5 London?
I knew David was in the frame and, as soon as I heard, that’s when I leaned forward, because I was lucky enough to work with him at Bartle Bogle Hegarty. When his name was mentioned, I thought it was a real gift.

Would you have been as happy in your decision if he hadn’t joined?
When I signed and I was waiting for him to sign, I did wonder about that – and it still felt great. I’m now in week four at the agency and it feels like a great fit.

How do you know you’re ready to be a chief executive?
I don’t. I’m grateful for my experiences at previous agencies, which have been very different. I worked at BBH Singapore ten years ago and that’s the closest thing to this, size-wise. But [being a CEO] is just one of those things you learn on the job. I believe if you keep the learning curve steep, then it’s a good reason to come in every day, and I know I’m going to keep a steep learning curve for a long time.