Love is (almost) in the air. PRWeek showcases some creative Valentine's Day offerings ahead of 14 February.

The condom brand has teamed up with illustrator and designer Ruby Taylor to 'flip Valentine’s Day on its head' by creating a series of alternative Instagram Valentine's 'cards' that encourage people to have sex any day, not just on 14 February. The campaign is based on research that one in two people feel pressured to have ‘their best sex’ on Valentine’s Day. Celebrities including James Haskell, Chloe Madeley, Ollie Locke and Megan Crabbe have been enlisted to spread awareness by sharing the e-cards on their social platforms. Hill+Knowlton is involved in the campaign. 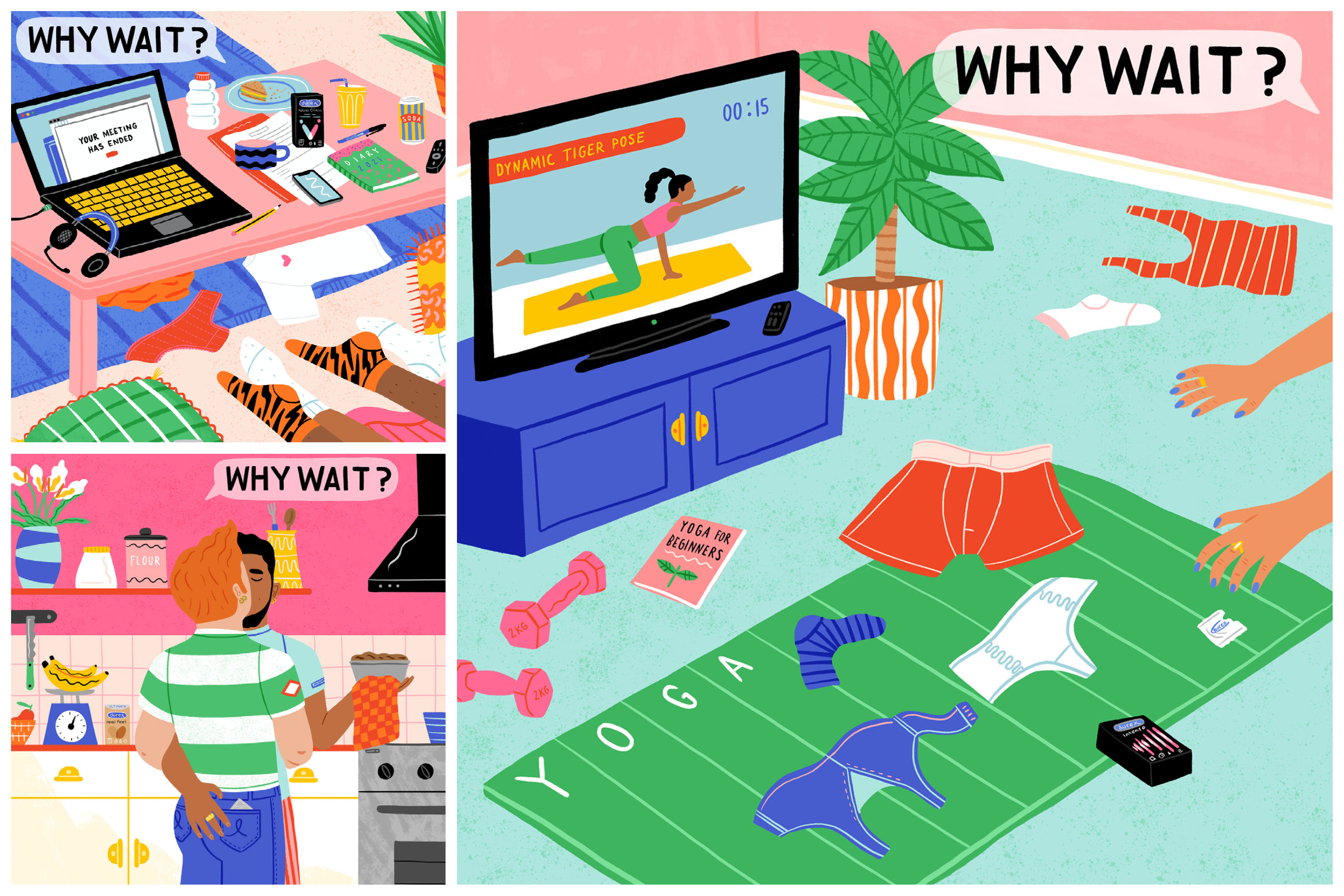 Cleaning and laundry brand Dr. Beckmann has identified the "seven deadly stains" that are bound to be spilled this Valentine’s Day, alongside tips on how to deal with them. The seven are: candle wax, red wine, makeup, chocolate, lipstick, coffee and flowers.

Dr. Beckmann spokesperson Susan Fermor said: “The romance of the evening can soon turn into bickering the next morning, as you work together to tackle the mess from the night before. Follow our top tips to ensure your Valentine’s Day stains are quickly forgotten about and your day goes from cleaning to beaming!” Brazen handled the campaign.

Tinder has partnered Deliveroo for a Valentine's dating service that prints the profiles of local single people on food deliveries. The initiative comes after Tinder reported an 84 per cent increase year on year in user bios featuring the word "takeaway". Talker Tailor Trouble Maker is delivering the project. Click here to read more. 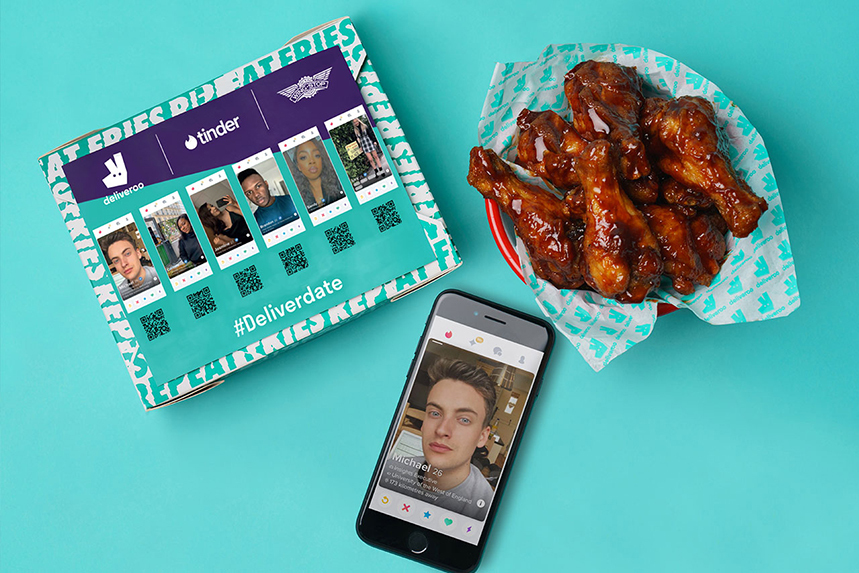 With many couples celebrating Valentine’s Day indoors with their favourite takeaway this year, Papa John’s is looking to put romance back on the menu with its new extra cheesy delivery service. Customers can receive virtual singing deliveries performed by a romantic barbershop quartet - and also get a 'cheesy' romantic gift, from a teddy bear holding an ‘I love you’ cushion to bunch of red roses. The campaign is from W. 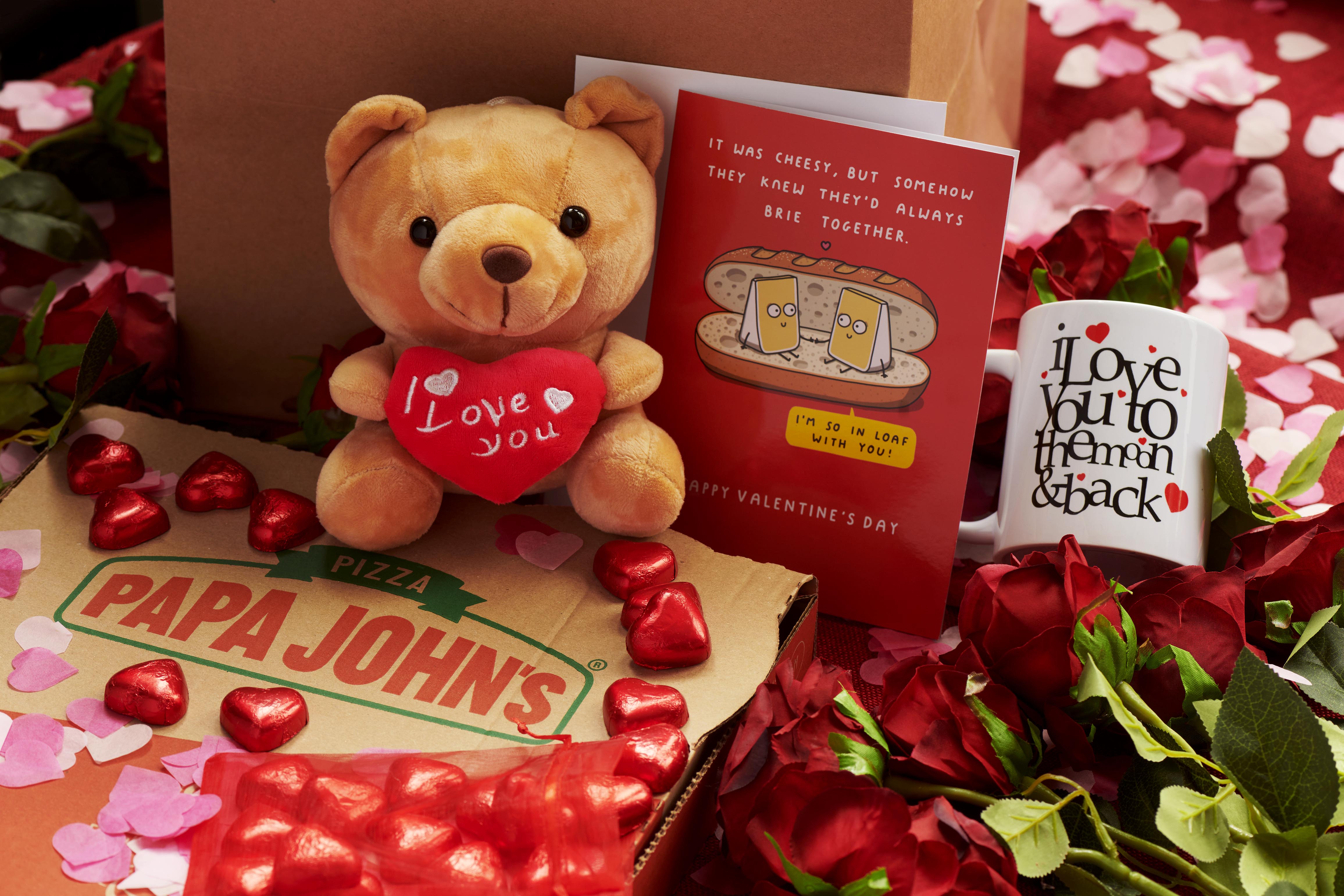 The Vaccines frontman Justin Young has recorded and released a new rendition of the tradition sea shanty ‘My Jolly Sailor’ ahead of Valentine’s Day, in this campaign by Cow for rum brand The Kraken. A campaign video shows Young playing the role of the 'serenading siren' and performing the song to an audience of 100 cocktails. The cocktails will be available for 100 of his fans on Valentine’s Day - to be in with a chance of winning the cocktail and other items, fans need to pen their own sea shanty lyrics.

The pet food brand has launched a limited-edition 'Be My Valentine' tray for dogs, "so pet parents and pups can have a romantic meal for two this Valentine's Day". Lily's Kitchen will donate the full price of the trays sold on its website to Dogs Trust. 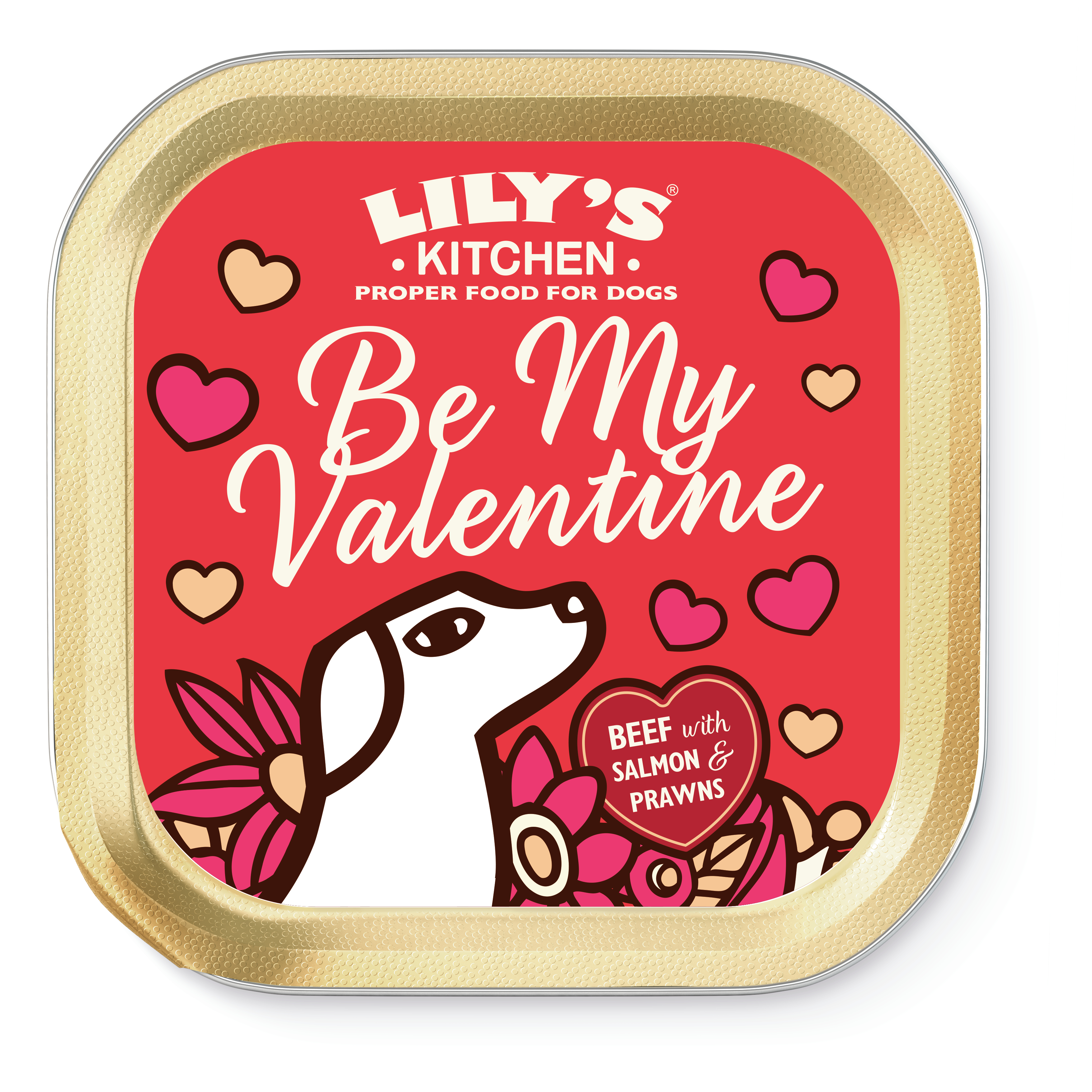 SheSays, a global organisation focused on the enhancement of women in the creative industries, is launching the campaign TheyMadeHerShine for women to thank anyone who’s helped them progress in their career. Thank you notes can be written on TheyMadeHerShine.com and delivered via social media. The campaign will run between Valentine’s Day and International Women’s Day on 8 March. 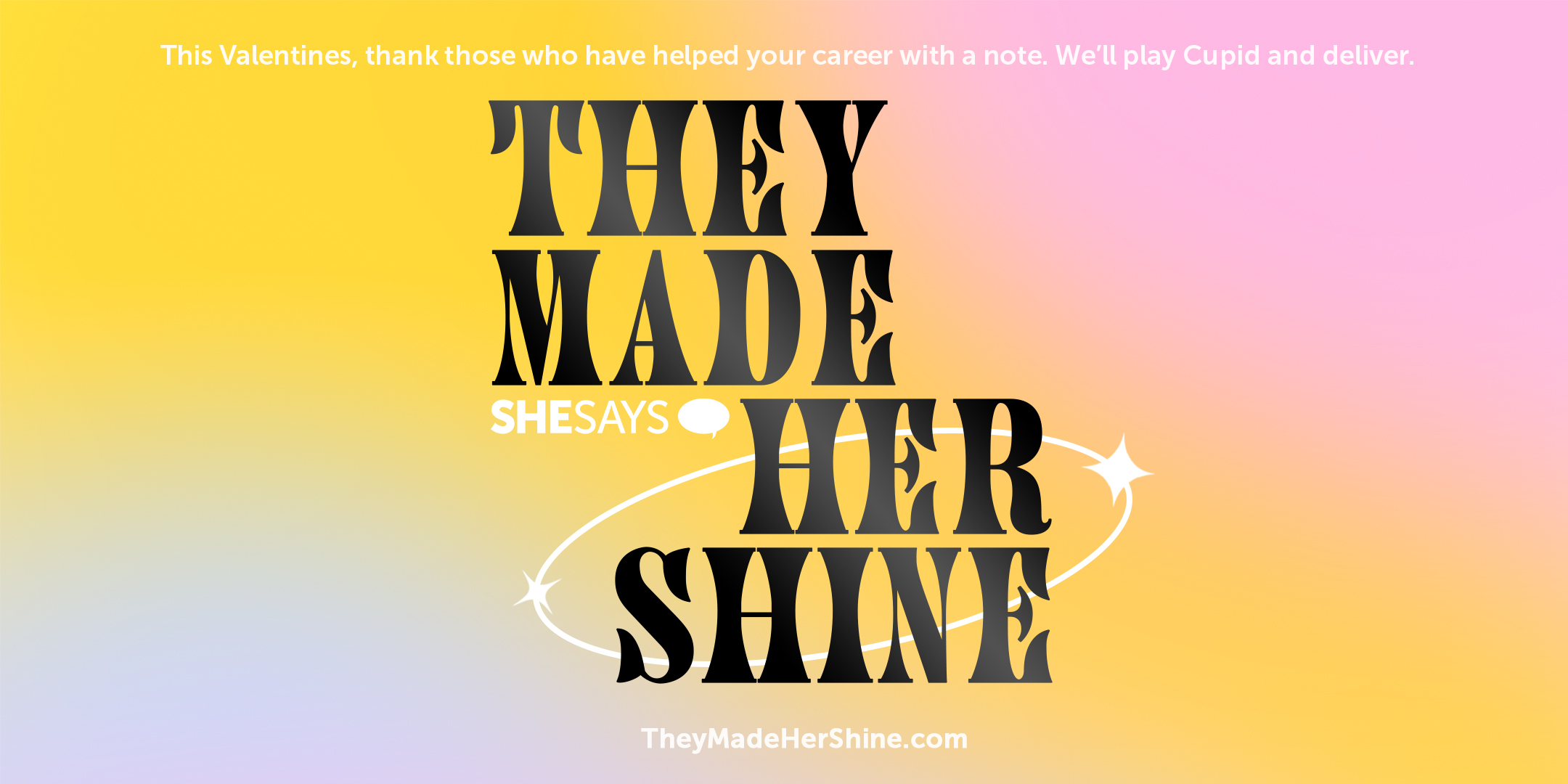 TikTok and burger chain Black Tap have collaborated for this campaign in Dubai that features a limited-edition "CrazyShake", available from today (12 February) until the end of the month. The shake is "inspired by love and all things TikTok" and features strawberry ice cream with a vanilla frosted rim covered in sprinkles and strawberry wrapped in rope candy crushed pink meringue - topped with mini donuts, whipped cream, a customized TikTok cookie and a cherry on top. A competition has been launched to win the product, Black Tap vouchers and ‘His and Hers’ TikTok hoodies. 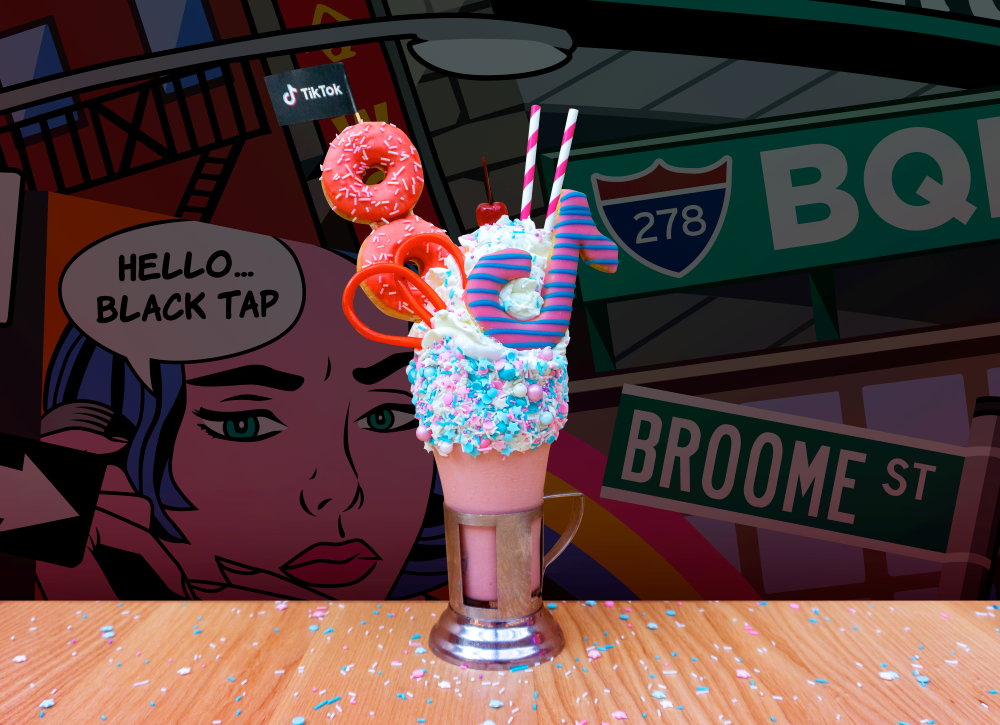 Research by home buying platform Yes Homebuyers, released ahead of Valentine's Day, has revealed the driving factors behind having to move home - and which hurts the most, breaking up with our partner or our property.

Yes Homebuyers asked home sellers what the main reason was for their move and found that divorce or a relationship ending was the driving factor for 23 per cent of people. According to the site, COVID-19 has likely caused this to increase. It’s believed that searches for divorce guidance have increased by 25 per cent due to the pandemic, with actual enquiries also spiking by 122 per cent. Relocating for other personal reasons was the cause of a home move for 21 per cent of those asked.

The Focaccia Florist, billed as London’s first floral bakery, launched this week with a humorous take on Valentines, asking consumers: “Why Give Flowers You Can’t Eat?” A film, created by 10 Days London, shows the awkward moment of receiving a bouquet of flowers on Valentine's Day with an unexpected consequence. Appearing to be completely bemused by the gift but still trying to look pleased, the woman takes a huge bite out of the roses.

FOCACCIA FLORIST // WHY GIVE FLOWERS from 10 Days on Vimeo.