The Department for Work & Pensions has been admonished by the Advertising Standards Authority for a series of Universal Credit press and online ads in the Metro and MailOnline that made misleading claims built on dubious research.

The ads, which ran in May and June, received 44 complaints, including from charities Zacchaeus 2000 Trust, the Motor Neurone Disease Association and the Disability Benefits Consortium.

The six regional press executions were published in the Metro and webpages hosted on the MailOnline and Metro.co.uk websites. Work included a four-page press ad bearing small text stating "Advertisement feature from the Department for Work and Pensions", while the work carried a core message around various "myths" and "facts" about Universal Credit.

Complainants challenged the ads for not being easily identifiable as marketing communications and on the basis that the various "myth" and "fact" claims were misleading and unsubstantiated. 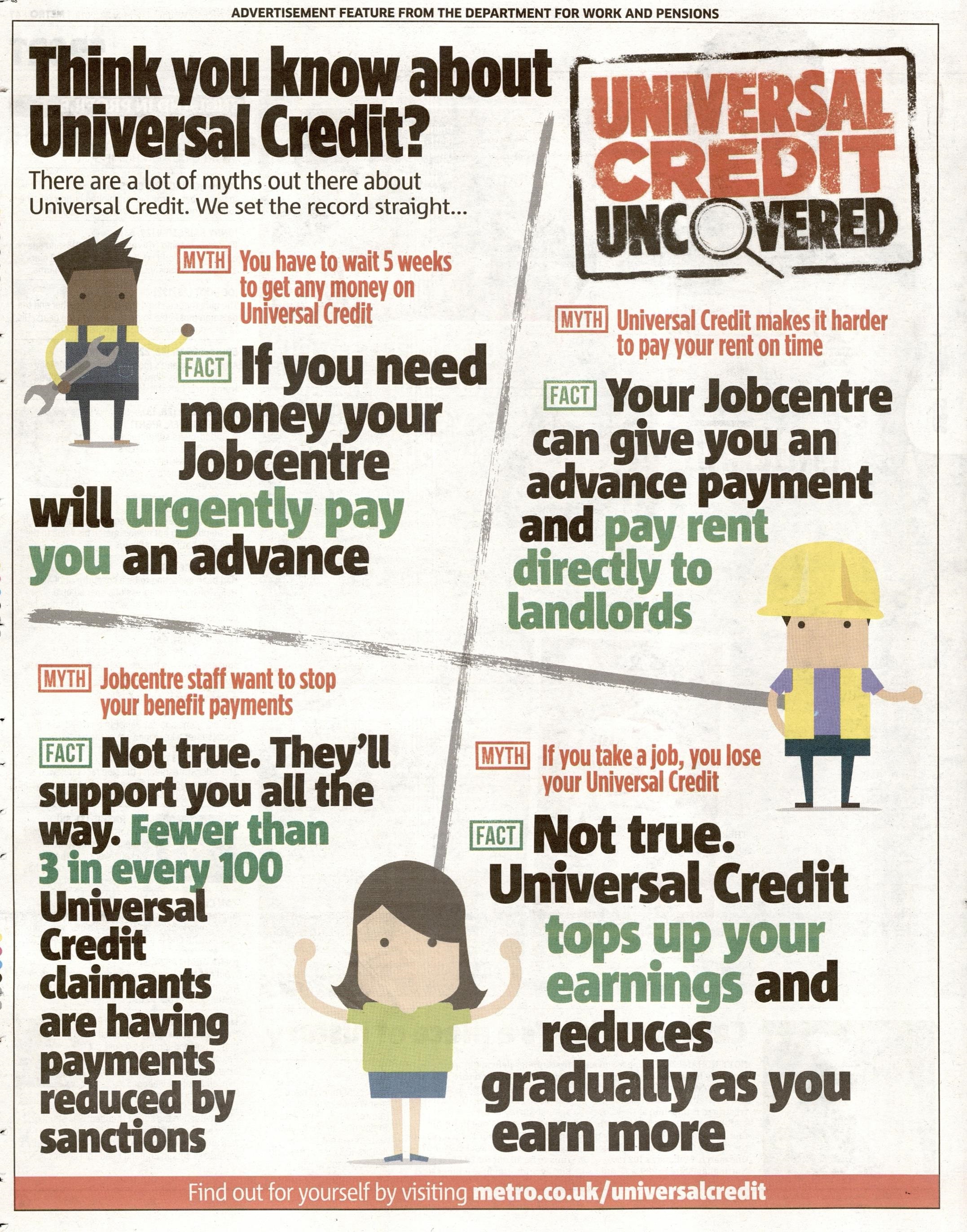 The ASA ruled that most of the advertorials were sufficiently labelled as marketing content, albeit in "quite small" font. However, the labelling on the webpages was not prominent in comparison with the MailOnline, Metro.co.uk logos. "We therefore concluded that ad was not obviously identifiable as a marketing communication," the watchdog ruled.

Meanwhile, the ads’ various claims about "myths" and "facts" drew broader condemnation. For example, a "truth" that people would "move into work faster on Universal Credit than they did on the old system" was based on two reports from 2015, both of which gave insufficient evidence built on methodologically questionable measures.

In its defence, the DWP also cited a more recent 2017 report based on a survey of 27,000 people on Universal Credit over a six-month period. It found that Universal Credit claimants were 4% more likely to work within six months. However, the ASA noted that the success rate included data on people who had moved into temporary roles within this period, even some who had worked for just a few hours’ casual labour, rather than people who had gained full-time employment.

"Because the advertising claim 'Myth, Universal Credit doesn’t work. Fact, it does. People move into work faster on Universal Credit than they did on the old system' as it would be understood by readers did not accurately reflect the evidence, we concluded the claim had not been substantiated and was therefore misleading," the ASA said.

The watchdog ruled that the ads must not appear again.

Movember spoofs 'Get ready for Brexit' campaign ahead of moustache season

ASA: Paid influencer posts should use #ad as 'bare minimum'