When unforeseen events require your static campaign to go dynamic, you will need to employ smart integration practices quickly.

If you'd like to see what the creation of a campaign in the future looks like, you should watch Anna Wintour at work. To do this, you could either become an intern at American Vogue or watch The September Issue, the documentary that follows the production of the biggest issue of 2008 (which, fortunately for the producers of the film, turned out to be Vogue's biggest-ever issue and arguably a high watermark of "old media" influence).

The heart of Vogue's editorial process is the "wall meeting". Each page of content (ads and editorial) is reduced to a "mini" (essentially, a thumbnail) and stuck on the wall. Then the editing begins. The imperious Wintour walks up and down the wall declaring that "this looks too much like that", "we shouldn't put this ad next to that copy"or we've had "too much 40s" this season and so on.

What is produced is not just content, but a slice of culture. Editing Vogue is a delicate balancing act between following fashion and creating it. If Wintour tilts too far in either direction, she will lose her audience.

In fact, we already do. When Ogilvy Shanghai collaborated on the production of a social media campaign for a spirits client, we had to form an editorial team. Each night, this team would meet and decide new subjects for the conversation, introducing new bloggers and otherwise shaping the conversation they had staged.

Of course, agencies have always had their own wall meetings. But the purpose was different. The traditional "wall test" was a measure of whether the work looked alike, not whether it worked together as content. In other words, the "wall test" measured only graphic integration.

Looking back, we can see this as one chapter in the history of integration. Perhaps the first was "no integration". This described most of advertising history until as recently as 20 years ago. The belief was that each medium had its own particular strengths and each should be developed separately. There might be common taglines or other branding devices, but that was about all. As agencies began to think more about channels, "360-degree integration" (as Ogilvy calls it) was born. This was essentially the graphic integration we spoke of. We laugh at the simplicity of this now, but it was surprisingly difficult to get a bus side and a banner ad to feel like they came from the same place.

Then came strategic integration. For Ogilvy, this really started with IBM's e-business campaign at the end of the 90s. The epiphany came when we realised that, in trying to make our direct mail look like the print ads, we were actually depressing response. It stopped working as direct mail. Rather than making every channel carry the same message, why not put different messages in different channels so that they stacked up to make a persuasive case? We used a version of "funnel" as the organising tool.

The AIDA (awareness-interest-desire-action) funnel, invented in 1898 by the American life insurance salesman E St Elmo Lewis, has done good service but is, as many have noted, problematic. It works best for considered purchases, such as insurance (many other purchases skip a stage). It presupposes the answers at each stage (for example, the first problem is very often not "awareness"). Most importantly, social media has scrambled it forever - people now jump all over the place (for example, we frequently find out about brands of, say, hedge trimmers, read reviews and purchase, all in a single online buying binge). We live in a post-funnel world.

Lately, we've developed a form of organic integration that is based around a lived customer journey. This is much more tailored to the needs of particular brands and customers.

So what, then, is "dynamic integration"? In short, it's a balance of where the audience is and where the conversation is.

Let's first understand where the audience is. Let's take a fictitious example. Consider the case of Coco Chunks, a breakfast cereal that has long flourished under the promise of "extra chunks of crunchy goodness". 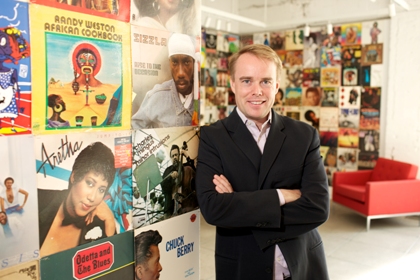 Extensive research has revealed that there are four main moments of truth in the Coco Chunks customer journey, and the architecture has been built around these. Coco Chunks has developed a brand strategy around nutrition. People engage with this long before they are thinking of purchasing. People begin to think about buying Coco Chunks when they look in their cupboard and realise that they're running low. Variety is the key here - best communicated on pack and on coupons stored in the kitchen drawer. Once buyers are in the store, their main consideration is price - best communicated on shelf. (This brand suddenly looks very expensive compared with its competitors.) Finally, there's a loyalty outreach designed to increase the frequency of purchase.

Looking at this journey, the consumer looks like four different people, each with different concerns. So the marketing team has developed communications against each.

This is good state-of-the-art integration. But what if each of these parts of the programme starts to move? What if the debate about nutrition changes (from sugar to food quality, for example)? What if retailers demand new product news, or a competitor drops their price? Of course, all of these could have happened before, but what if they all happen at once? Then a difference of degree becomes a difference in kind. A static campaign has to become dynamic. And integration practices have to keep up.

So how to cope? First, you must get the basics right. You can't have dynamic integration if you haven't first got good basic integration. Second, you need to form an editorial committee. Just like Wintour, you need to judge how the story fits together in its new form and do this repeatedly, in real time. You will need a "conversation calendar", but expect it to change. Third, your research practices probably have to evolve. This means more "listening" and search intent modelling and so on. Last, you need flexible channel planning. The plan has to be fluid and budgets have to be left open to accommodate change.

All this sounds like a lot of change. And it is. Dynamic integration is part of a wider trend towards real-time marketing. But, once agencies get used to it, they'll find that they're actually quite good at it.

Colin Mitchell is the worldwide head of planning at Ogilvy & Mather