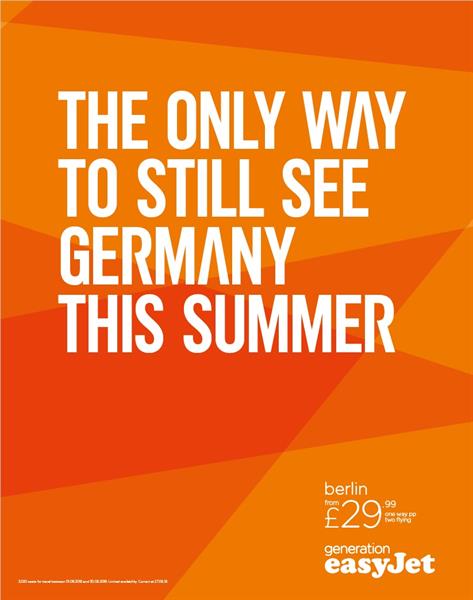 EasyJet took a cheeky pop at Germany with a press ad that ran the day after the World Cup champions' ignominious exit from this year's tournament at the group stage.

Joachim Löw's side are the latest European nation to fall to the "champions' curse", going out in the first round in the World CUp following their own triumph, after France (2002), Italy (2010) and Spain (2014) did the same.

EasyJet "Hide and seek" by VCCP

easyJet and Europcar "Fly-drive" by VCCP

EasyJet "Hide and seek" by VCCP