EasyJet has taken advantage of England's football loss against Italy, which was watched by a peak audience of 23.5m last night, with a tongue-in-cheek press ad for its cheap fares to Europe.

The ad shows a man with an England team scarf around his shoulders sat down with his head buried in his hands.

The ad says: "Tears dry faster in the sun. Make England’s exit easier to deal with. Where are you going? Majorca, Malaga, Alicante from £50.99 one way."

The ad, created by VCCP, uses the messaging from easyJet’s £50m brand campaign, which aims to reposition the carrier as an airline that connects people, moving away from its traditional price-led marketing to a value and destination-led service.

However, the brand still issues cheeky ads, such as its "To Fly. To save," ad, which took off Ba’s "To fly. To Serve," brand campaign. 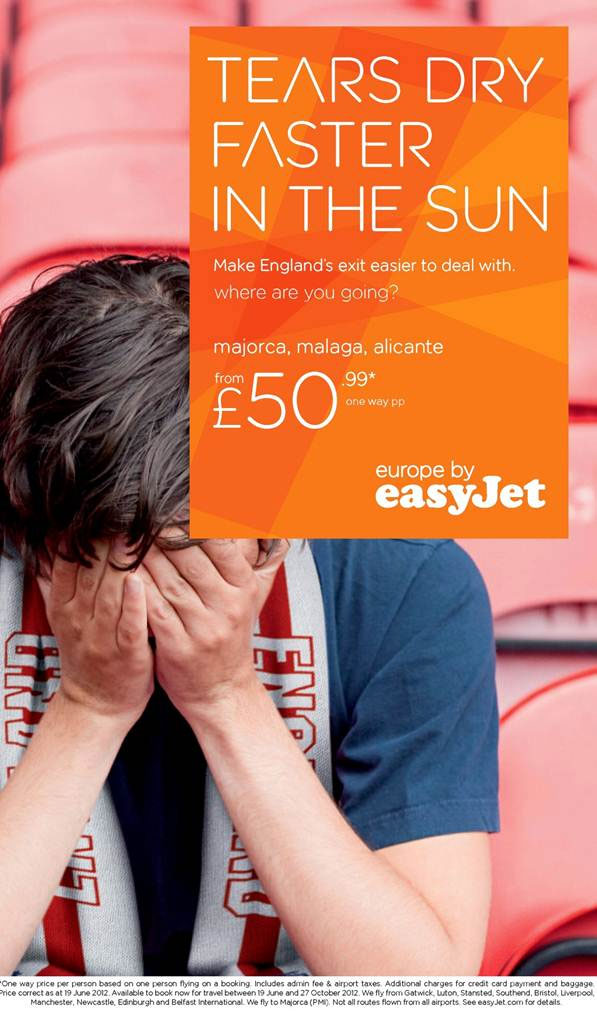 Flybe takes a swipe at rivals in humorous ad