Ebay will advertise on the famous Piccadilly Lights outdoor site when it relaunches this month, completing a roster of six brands.

The online marketplace giant will use the new digital screen at London’s Piccadilly Circus to promote its "Fill your cart with colour" campaign which encourages shoppers to break away from "beige" conformity.

The short-term deal, which ends in January 2018, comes after fashion brands Hunter and Stella McCartney agreed a similar length of deal to occupy a spot on the site, where six brands' ads will be rotated on a single digital screen.

Site owner Land Securities and Ocean Outdoor have been looking for brands to occupy two remaining spots on the site to join long-time advertisers Coca-Cola, Hyundai and Samsung. L’Oréal Paris was announced as the fourth advertiser earlier this month.

The eBay deal was brokered by MediaCom and its "Fill your cart with colour" campaign, created by 72andSunny Amsterdam, was launched in August.

Gareth Jones, senior marketing director at eBay, said: "eBay is a marketplace that has vibrancy, individuality and colour at its core. There’s no more iconic and colourful site than the Piccadilly Lights with its new 4K LED screen."

The Piccadilly Lights have been switched off since January for major renovation work. The patchwork of screens that Londoners and tourists have known for years is being replaced by a single 4K LED digital screen and live technology hub. 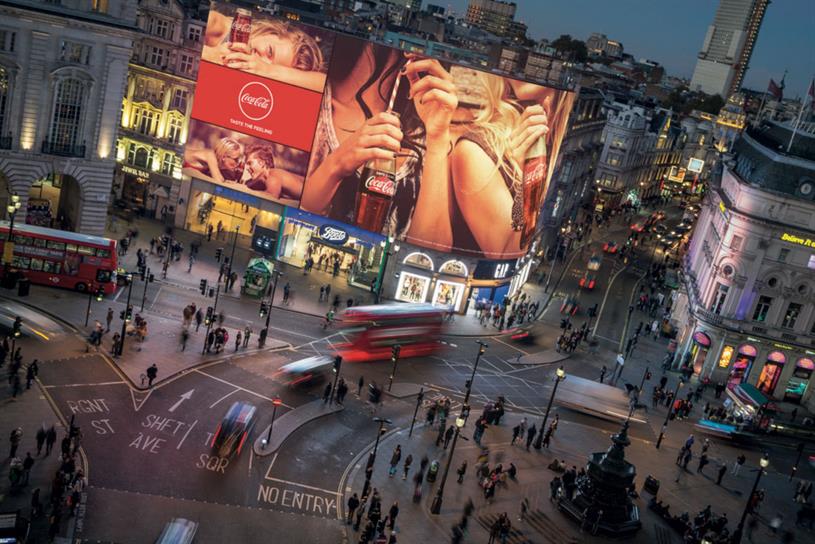 The new screen (shown in a CGI mock-up, above) will enable brands to stream live videos, lifestyle updates such as weather and sports results, and real-time social media feeds.

Each brand's advertising will switch between each position in a 30-minute cycle. At the end of each run, one ad will take over the entire site before the rotation begins again. Each of the six brands will take over the full screen in turn.

Twitter reveals insights from the best social campaigns of 2016

Why 2017 will be transformational for outdoor

Watch: Piccadilly Lights switch off for months of redevelopment