Gaming Unleashed, created by Saatchi & Saatchi, brings to life the immersive nature of gaming on the go by sitting across out-of-home, display and social channels, with the activity extended through digital activations, partnerships and an interactive AR in-store experience, which EE said was a first for the brand in retail. 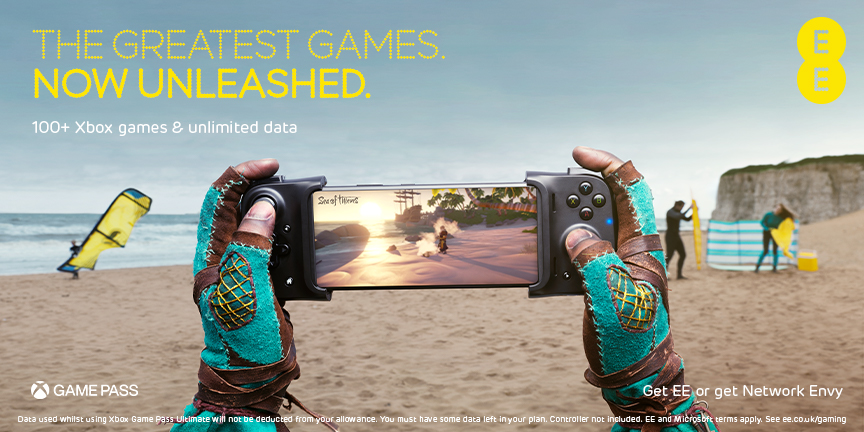 The campaign promotes EE's offer of unlimited data for gaming. The add-on for EE Android smartphone customers provides access to more than 100 Xbox games on the go with inclusive unlimited data for £10 per month. Users are able to enjoy titles including Forza Horizon 4, Sea of Thieves and Halo: The Master Chief Collection.

Throughout the month of May, EE will also be working with the LadBible Group (which includes GamingBible) on an episodic content series, which sees influencers Liv Cooke, AJ Shabeel and Sharkey put their mobile gaming skills to the test. 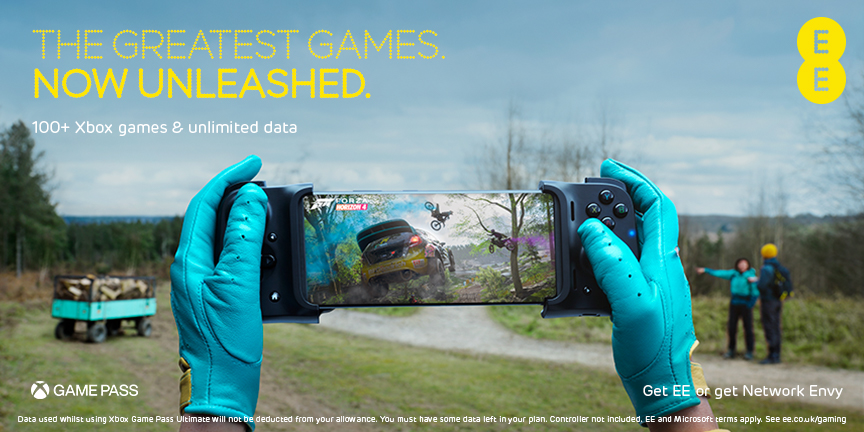 In the three-part series, the influencers, who share millions of followers between them, battle it out in a variety of intense gaming-on-the-go challenges; mobile gaming while being shot with paintballs, racing the fastest lap while crushing real cars in a monster truck, and finding treasure while navigating ice-cold rapids.

Pete Jeavons, marketing communications director at EE, said: “Gaming is such a huge passion point, offering entertainment, connection, and escapism. Words alone don’t do it justice. So, in our latest campaign we’ve aimed to push ourselves to the next level, to find new and exciting ways to really bring to life the immersive nature of gaming-on-the-go across multiple channels. Game on!”

The campaign was created by Gary Arnold and Neil Ritchie, and produced by Prodigious with Saatchi & Saatchi. Media is handled by Essence. The campaign launches today (4 May) and will run for six weeks. It will feature nationwide coverage via social media and outdoor display as well as an interactive AR retail experience in almost 600 stores.

‘We are best as outsiders’: Saatchi & Saatchi’s plan to open up the industry