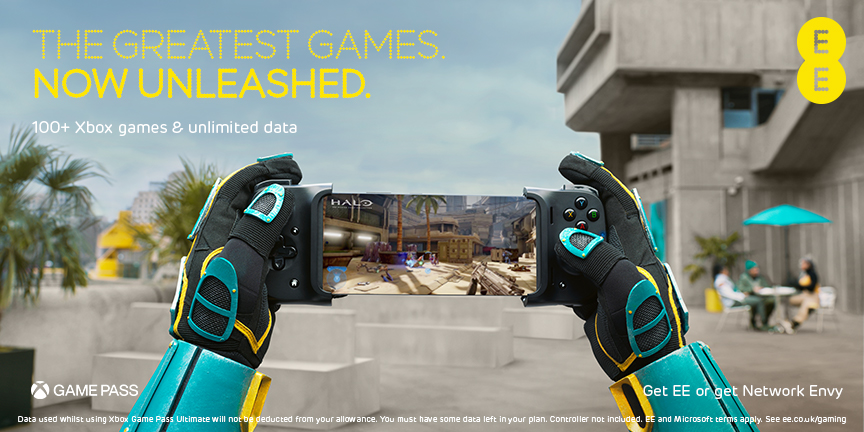 EE is targeting gamers on the go in a campaign promoting the brand's Xbox Game Pass Ultimate add-on.

The work shows gamers as they enjoy their favourite titles in a series of typically British backdrops, from a muddy countryside to an overcast beach.

The campaign launched yesterday (3 May) and runs for six weeks across out of home and digital activity, as well as an AR in-store experience available in nearly 600 stores. It was created by Gary Arnold and Neil Ritchie. Media is handled by Essence.

EE "A message for teachers" by Saatchi & Saatchi

EE "A message for NHS workers" by Saatchi & Saatchi

EE "A message for teachers" by Saatchi & Saatchi