EE is looking to "step out from the shadow" of 4G with a new creative brand platform pledging to challenge accepted wisdom in the telecoms industry.

The mobile network – launched as a 4G service in 2012 and owned by BT since 2016 – is moving into more converged broadband and technology services, as part of a new BT consumer strategy unveiled last month.

To reposition EE as more than simply a mobile brand, it is rolling out a new communications platform, "Who says you can’t?"

Launching today with an ad starring long-term brand ambassador Kevin Bacon and Peep Show comedian David Mitchell, the campaign will focus on how EE is addressing widespread consumer frustrations, such as the ability to share mobile data between family members.

In a 40-second ad, created by Saatchi & Saatchi London, Mitchell visits a safari park to observe monkeys to inspire his comedy writing. He is accompanied by three teenage children, with Bacon sat in the front passenger seat.

When the teenagers complain they have run out of data to make changes to their fantasy football team, Bacon suggests he share some of his data to quieten them down. At the same time, the monkeys begin dismantling his car and running away with the parts. 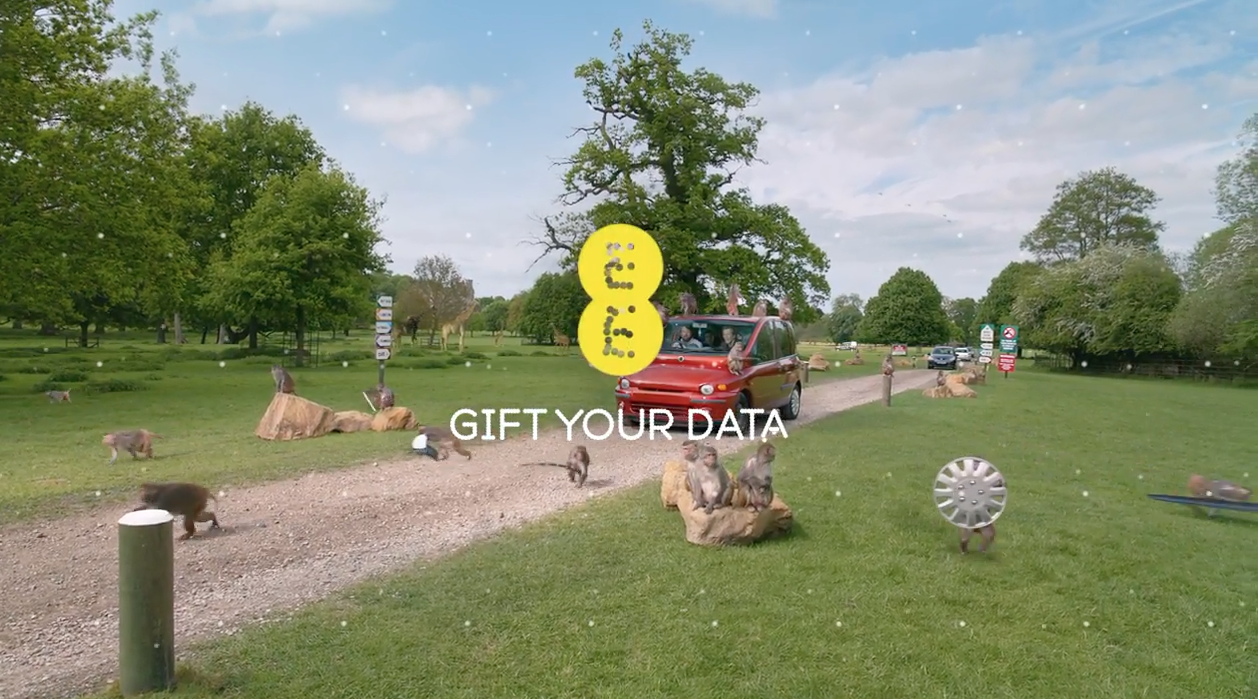 The film was created by William Brookwell, William Helm and Mark Campion, and directed by League of Gentlemen director Steve Bendelack through Hungry Man Productions. Media buying was handled by Essence.

While the TV ad and OOH activity will attempt to drive awareness of the proposition, EE will use other media, notably digital ads, to more closely target parents and offer greater "context and comprehension". EE has also signed a three-month partnership with Vue to sponsor its family cinema tickets and will run a 40-second gold spot during that period.

Two further campaigns, each featuring Bacon assisting a famous face with a slice of "Who says you can't" advice, will follow later this year.

Speaking to Campaign ahead of the launch, Pete Jeavons, EE’s director of marketing communications, said that, despite the brand’s favourable performance against both rational and emotional metrics, it was the "right time to evolve" its marketing approach.

Rather than offering "magical" value-add for consumers, 4G has now become the "norm", Jeavons said, provoking frustration among users when services are not instantaneously available.

"We are synonymous with 4G [and] if we were needing to step out of the shadow of 4G to more of a converged [telecoms] world, then we needed to think a bit differently about how we come across to customers," Jeavons said.

A six-month internal review concluded that, with many consumers simply "accepting that technology is complicated and expensive", there was an opportunity for EE to challenging accepted wisdom in the sector, using the new platfrom to "zero in" on customer pinch-points.

The new campaign will also enable EE to unite disparate tactical and product-led communications, Jeavons added: "We got to a point where we were communicating individual products with no unifying take-out for the brand. It had been very successful, but there wasn’t anything gelling that together, a point of view on the world, or a take-out for our customers.

"["Who says you can’t?"] felt like a natural progression from where we have been but gives us a new, customer-centric view of the world."

Jeavons added that, though still effective at delivering marketing messages, Kevin Bacon’s role in EE’s advertising had "morphed and changed", and that the brand was no longer using the Hollywood star in the "best way" it could. 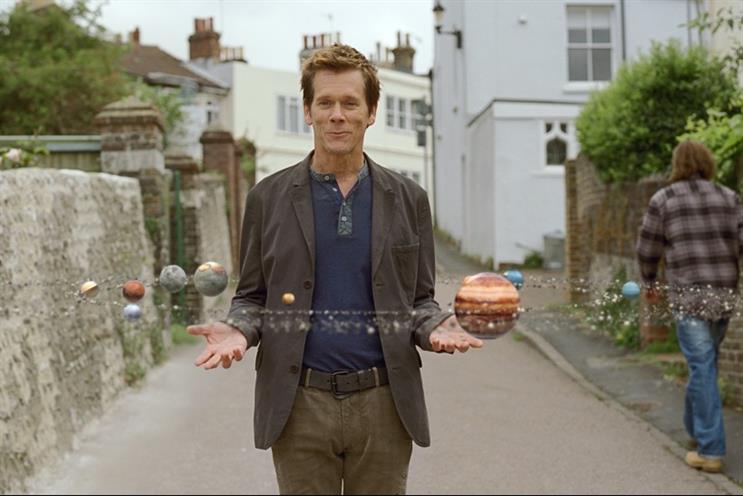 While insisting EE never considered dropping Bacon (above) from its ads, Jeavons admitted the brand does have one eye on a future without the actor’s participation.

"There’s always on the back of our minds, because we don’t know when the relationship is naturally going to come to an end. [Bacon] obviously has huge work commitments, so it’s a challenge working around his schedule," he said.

"But we look closely at wear-out and he does an amazing job for us. Our studies reinforced his importance, how synonymous he is with EE, and how good at landing messages. So he was in from day one."

BT adds 'magic' touch with new 'Be there' ads