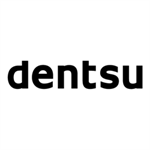 With new platforms arising all the time, and audience tastes changing and evolving, how can brands succeed in a multi-channel world?

“We’ve been here before,” said TS Kelly, head of impact at the global media and marketing agency Carat. “Remember Second Life, from around 2005 or 2006? It still exists. It’s an environment that was tested by a lot of brands. And those brand environments, most of them have turned into ghost towns. But they were still a viable testing environment.”

Kelly was talking at the Campaign Connect online conference about the rise of new channels and platforms and how brands, and agencies, can balance the fear of missing out against the need to target their efforts and resources. “At the same time,” he continued, “I was having conversations with brands in which I was saying, ‘OK, can I have 1% of the TV budget to allocate to search.”

Picking a winner, clearly, isn’t a perfect process. But even when a platform doesn’t take off, the effort of investing in it isn’t wasted. Brands took the lessons they learned from Second Life’s online virtual world and used them on new platforms, as those rose to prominence.

The conversation was part of a larger discussion on how brands can thrive in a rapidly accelerating and diversifying multi-channel world. Chaired by Alison Weissbrot, US editor at Campaign, and sponsored by Dentsu, participants also included Chiara Martini, creative strategy director, Coca-Cola, and Kerry Tucker, CMO of PocketWatch.

Coca-Cola’s Chiara Martini agreed. “When you think about frequency and consistency, it’s not about just repeating the same assets everywhere. It’s the consistency of the message and how you build this cohesive experience that plays with the context of the form and channel, because that’s the power of bringing the creative and media together.”

Asked how the pandemic has impacted channel strategies, the participants agree on the fundamentals. “I think the pandemic forced us to prioritise the short term,” said Kelly. “We had to have a whole new set of rules. Some of them were atypical. But now some of them are becoming part of the process. Among other things, I think there is going to be a much more dynamic approach to measurement. Even with the deprecation of the cookie, there’s still an expectation of dynamic measurement. The shift over the last year [with its emphasis on performance] just caffeinated that process. But it’s not going to turn off.”

“The behavioural change during the pandemic, with customers being more at home, meant that their consumption behaviour also changed. Plus, there was the acceleration of the digital experience. To cope with that, brands had to learn to be faster. So, one hundred percent, the pandemic required a lot of learning on the go.”