A new music streaming service backed by Stephen Fry, Sheryl Crow and Robbie Williams has launched in the UK.

Electric Jukebox is a little different from straight streaming services like Spotify, comprising a small dongle that plugs into the listener's TV, a remote control and an annual subscription.

Unlike existing services like Apple Music, Spotify or Deezer, listeners don't need a laptop or mobile to use the service.

Electric Jukebox is based on hardware rather than software and is only accessible through the HDMI connector on the TV. 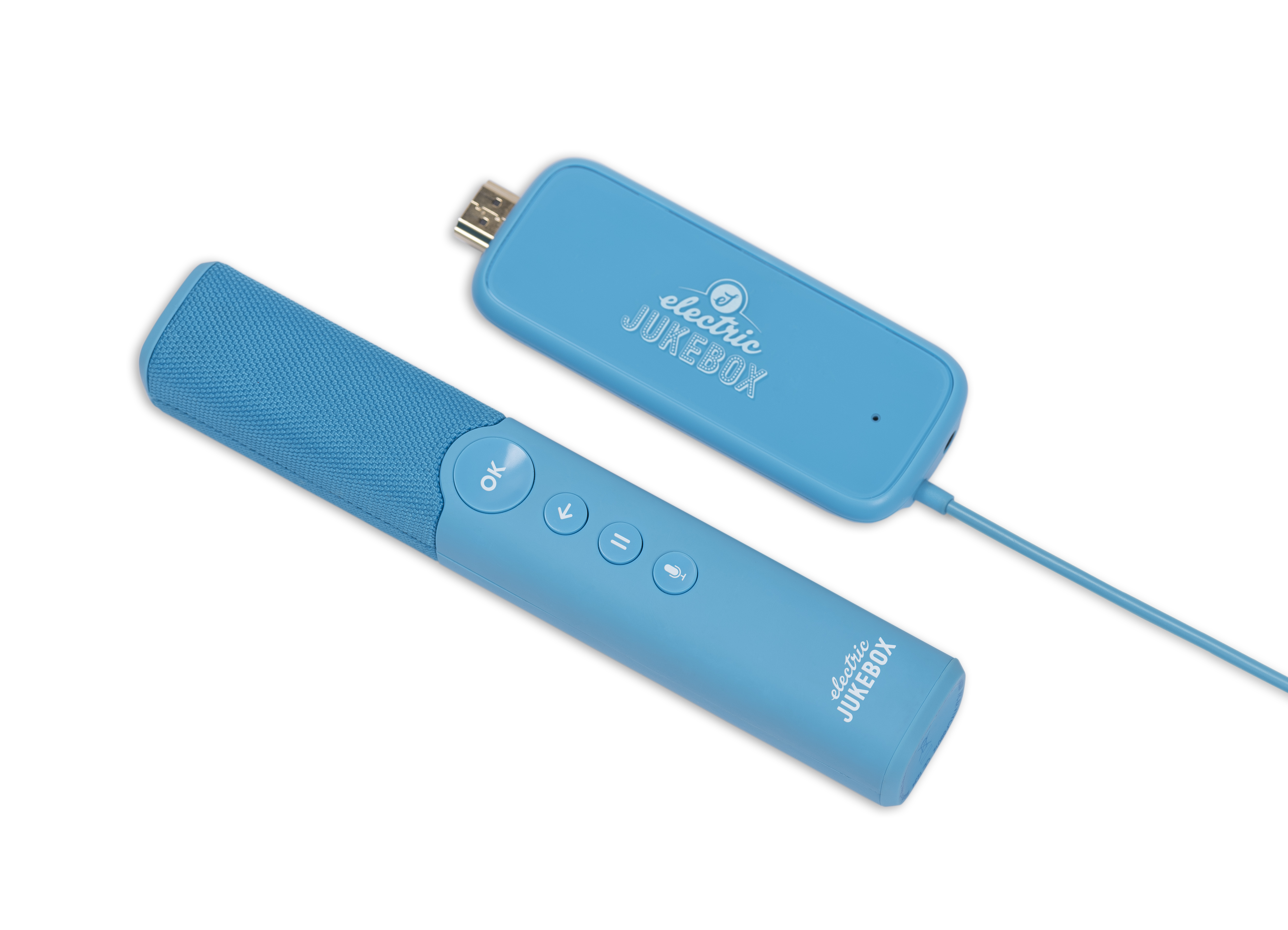 The selling point is that users avoid the hassle of an ongoing monthly subscription by paying £180 upfront.

That gets them the hardware and a year's access to 'unlimited' music streaming. After that first year is up, users will have to pay £60 for another year's music streaming, the equivalent of £5 a month.

By comparison, a premium Spotify subscription costs £120 year, and gives you the ability to stream on multiple devices. Electric Jukebox streams through a user's TV, and that's about it. Those who particularly want to stream through their TV in a hassle-free way could also buy a Google Chromecast Audio stick for £30.

Another advantage is that the whole family can use Electric Jukebox, since it doesn't require signing into account.

With its focus on the living room, Electric Jukebox is targeted at a mainstream demographic who might find existing streaming services too technical. Its menu is relatively easy to navigate showing just three options - saved music, discovery and search.

For those who don't want to continue paying a subscription free after a year, there is a free ad-supported version. It isn't clear how many brands have signed up to advertise.

Electric Jukebox has partnered with a number of famous names like Alesha Dixon and Stephen Fry to produce 'mixtapes' for its initial marketing push.

Why Deezer's killer app is making music more intimate than ever

Why brands must prepare to become atomised