Jo Elvin has stepped down as editor of Glamour after 17 years after publisher Condé Nast decided to cut back print circulation to two issues a year. 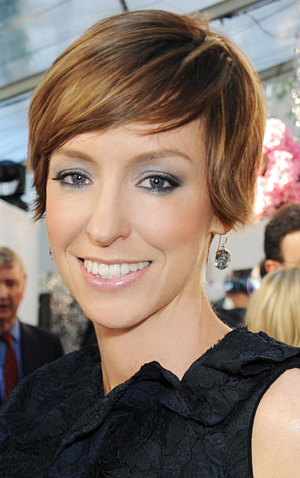 Condé Nast chairman Nicholas Coleridge hailed Elvin as "the undisputed queen of the upper-middle-market" after having launched Glamour in 2001 and turning it into the biggest-selling monthly title in Europe with a circulation of 620,000 copies.

"Her fingerprints as an editor are on every page, in every headline, caption, podcast and joke," Coleridge said.

"From the moment I first met her, over a poached eggs-and-avocado breakfast at the Halkin Hotel, I knew she was the perfect Glamour editor, and have never doubted it since. She is witty, sassy, utterly professional, and empathetic with her readers."

Her exit comes as the women’s monthly title pursues a "digital-first" strategy, less than a year after its website relaunched, which at the same time was to become "mobile-first".

The December issue will be the last monthly issue in the UK, and the company has now entered a period of statutory consultation over job losses. Condé Nast did not say how many jobs would be lost.

Having begun her career on teen bible Dolly magazine in Australia and working as a publicist for TV soap Neighbours, Elvin left her native Sydney for London and found a job at TV Hits magazine, before being tapped to launch youth titles Sugar and B, and later becoming the editor of New Woman in 1998.

Her awards haul includes Consumer Magazine of the Year and five Editor of the Year Awards from the BSME, including the coveted Editor’s Editor Award. She has also fronted TV shows such as The Great British Hairdresser for E4, as well as presenting a series of reports on London and Paris Fashion Weeks for BBC Radio 4’s You and Yours.

Elvin said: "It has truly been a privilege. It is no exaggeration at all to say we have helped so many women mine the best out of their lives and that connection is what I will miss most of all."

Why Harper's moment is now