Covers depict movies that have wielded commercial and cultural influence.

Empire is celebrating three decades of film coverage by publishing 30 magazine covers for its September issue, each featuring a different blockbuster or indie movie.

Each cover of the Bauer Media title represents a year of publication, from 1989 to 2018. The films were chosen by Empire's experts and are all significant for their influence, be it commercially, artistically or culturally.

The cover for 1989, when Empire was first published, features Tim Burton's Batman starring Michael Keaton, followed by the 1990 cover depicting Martin Scorsese's gangster epic Goodfellas. The three most recent covers are Moonlight (2016), Get Out (2017) and Black Panther (2018), which mark a watershed in black cinema.

They will all be available to buy on newsstands from 8 August, but impatient film fans will be able to order copies online via Great Magazines from today (2 August). Readers who want multiple editions will be offered a 25% discount if they purchase five or more.

Empire has conducted new interviews with the filmmakers behind each of the movies and pulled content such as interviews and set-visit editorial from its archives.

Readers were asked to vote online for their favourite cover and chose prison drama The Shawshank Redemption (below). 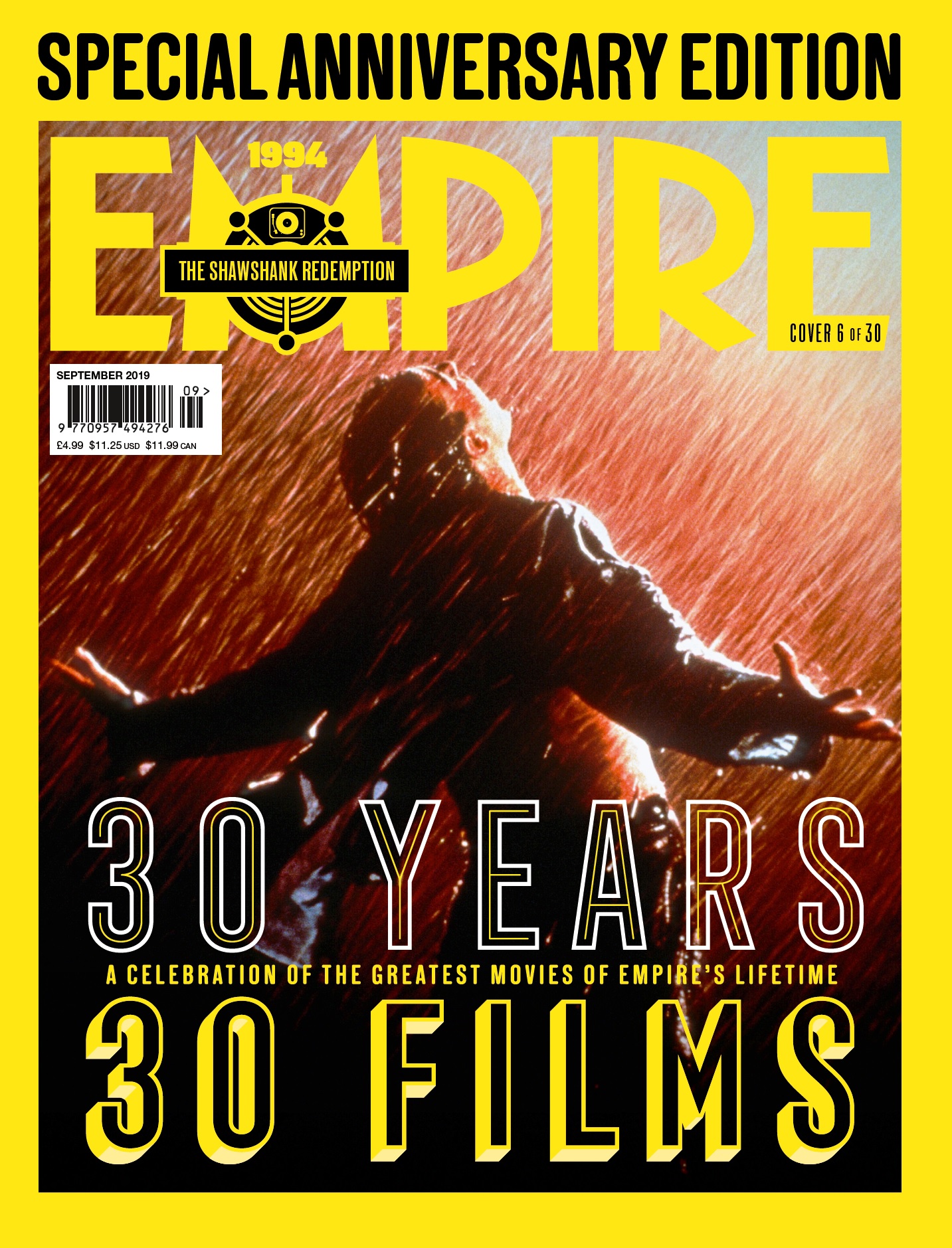 Terri White, Empire's editor-in-chief, said: "How do you sum up 30 years of cinema and 30 years of Empire? It turns out it took several rows, a few sulks and the odd impassioned plea for the Empire team to agree on the 30 films that should grace our covers – just one from each year.

"Even at a glance, it’s a story of how film has evolved, starting with Tim Burton’s Batman, journeying through Toy Story, The Matrix, Spirited Away, Avatar, Gravity and ending on Ryan Coogler’s Black Panther. What a 30 years it’s been, for both us and for cinema."

A gallery of all 30 covers can be viewed on Empire's website.

Empire has been celebrating its 30th anniversary since January, when it announced a list of the 30 most adventurous filmmakers, which included Edgar Wright, Quentin Tarantino, Kathryn Bigelow, Patty Jenkins and Jordan Peele.