The Rugby World Cup is predicted to generate more economic growth in the UK than the London 2012 Olympics, in no small part due to the involvement of brand partners. World Rugby CEO Brett Gosper spoke to Marketing about the governing body's work with brands in the build up.

For six weeks during September and October, the UK will be hosting one of the biggest events on the globe’s sporting calendar. The Rugby World Cup will kick off on 18 September, with games at UK-wide stadia orbiting the home of rugby, Twickenham.

Fuelled to no small extent by an overalll surge in interest in sport following the London 2012 Olympics, rugby has rocketed in popularity. Gosper spoke to Marketing about the growth in appeal and the opportunity for brands looking to reach a sometimes elusive audience. 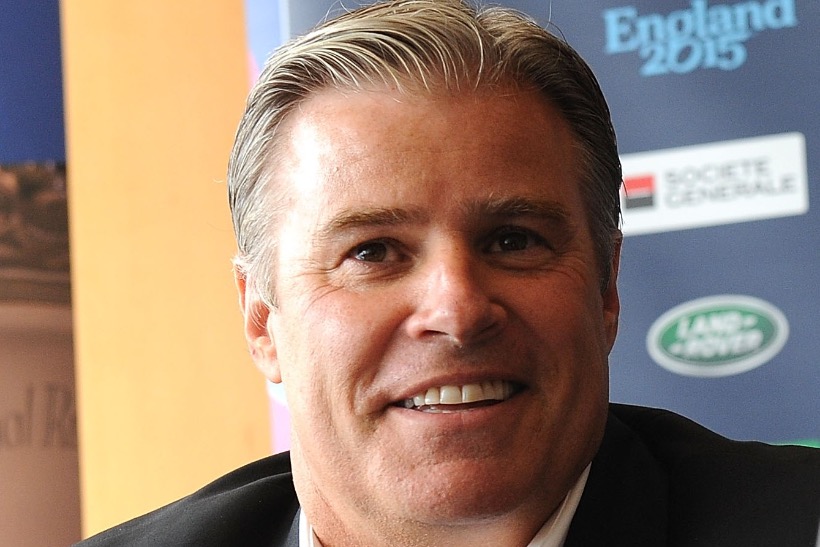 "It’s the biggest global sporting event in the world behind the Olympics and Fifa World Cup," he says.

It's a point that clearly resonates with several brands that have previously had an affiliation with the tournament, which clearly identify the Rugby World Cup as an effective means of reaching consumers.

"We have six worldwide partners, who keep coming back, which is good news," Gosper says. "They know how to activate it. What’s brilliant for us is that each of the six comes from a different part of the world, which adds to the global [nature] of the tournament."

Thus there is The Netherlands' Heineken, British (if Indian-owned) Land Rover, France's Societe Generale, Germany's DHL, Dubai-based Emirates and the US's MasterCard; while at the next level down, there are three level official sponsors - Coca-Cola, Canon and Toshiba.

Nigel Currie, a sponsorship and branding consultant is impressed. "As a rule these sponsorships would get sorted out a year in advance so brands get a chance to maximise their returns," he says. "It’s been pretty successful in terms of sponsor quality.

"It does, like golf, attract a higher-end market - more ABC1 - and that’s obviously a very lucrative but elusive target group."

Currie's latter point is one Gosper is keen to reinforce. "The Rugby World Cup audience is an unusually high-spending, high socio-demographic and matches golf in that sense," he says. "Over that six week period we’ll probably have over half a million foreign visitors coming to England, while we’re hoping to sell around 2.3 million tickets."

Ticket sales are just one aspect of England 2015 that will bolster coffers. The major brands contribute to a commercial programme that generates around £250m - £100m more than the 2011 Rugby World Cup generated. 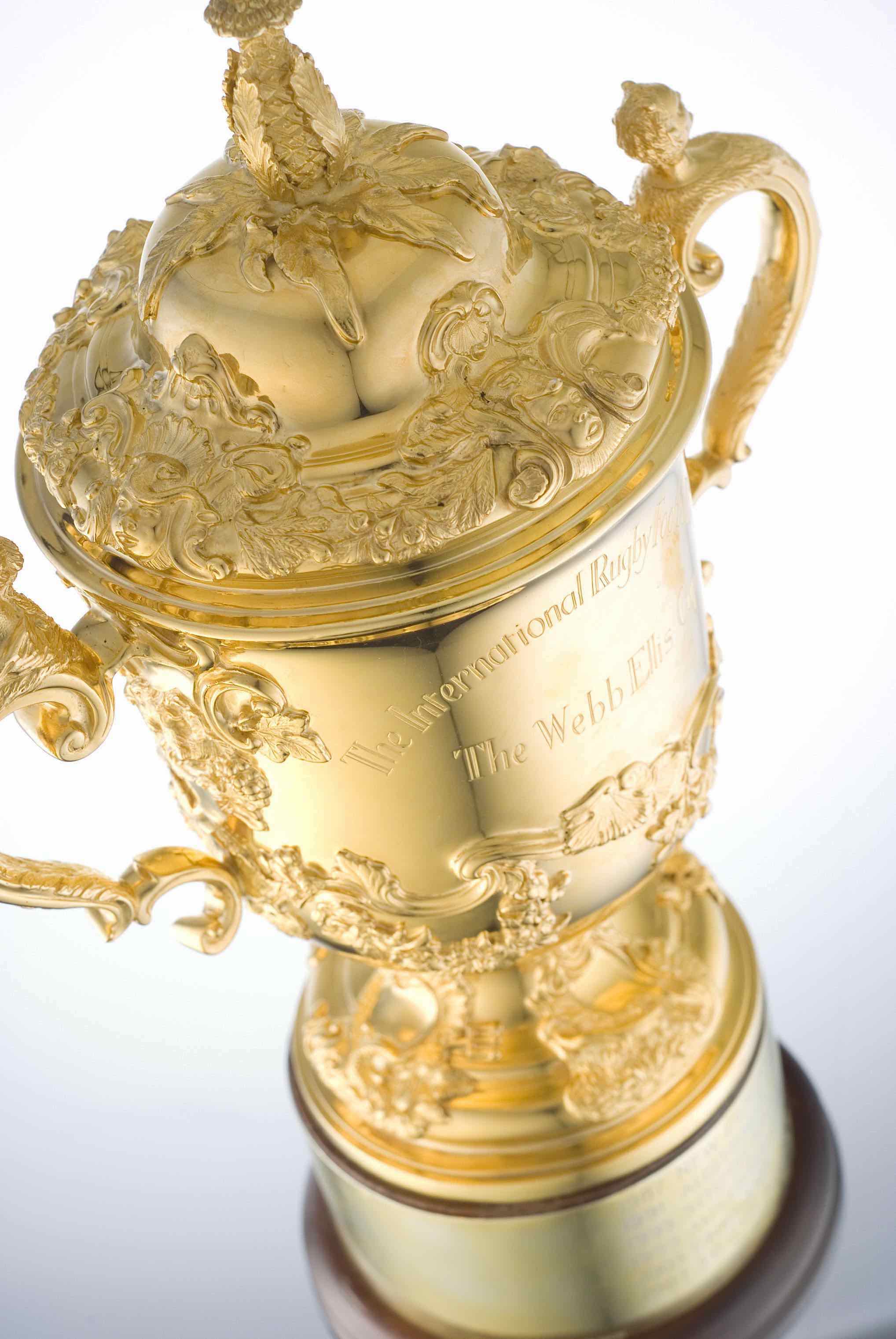 Around 60% of the £250m will be generated from broadcast rights revenues. "The rest is divided between a very strong hospitality and sponsorship programme, which traditionally has a set of rights including visibility at the stadia, boards and ticketing availability" Gosper says.

Fans unable to buy tickets and attend games will be sitting down infront of their TVs and globally, Gospers reckons the TV audience over the six weeks will be about four billion, while the final is forecast to be seen live by more than 150m people. 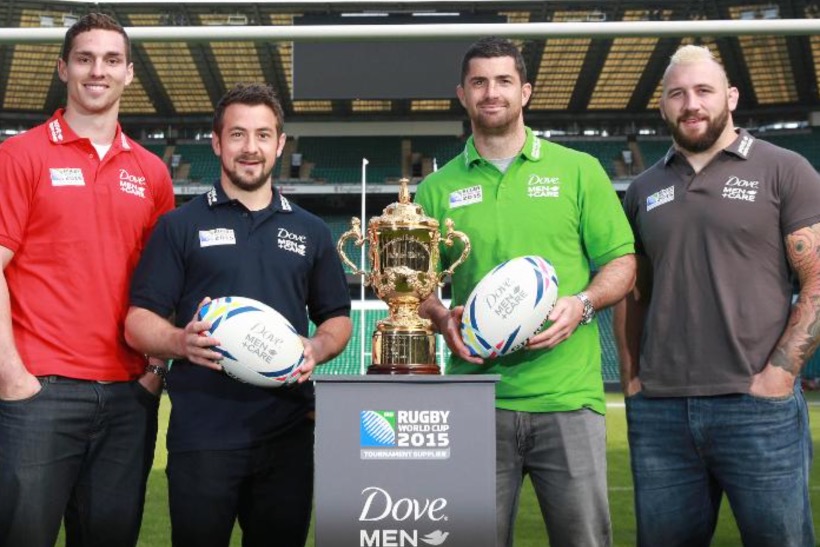 "I think the timezone helps in terms of broadcast," Gosper says. "And having said that, the size of the market in the UK, the scale of the event, the corporates close to Europe, and the growth of the sport as well."

The growth of rugby has been significant in the past few years - the "number of participants in the sport has doubled since 2009", while it has "become a more global event because of the Olympics", Gosper says. "Being an Olympic sport, puts it on the school curriculum in China and scholarships in the USA."

And its growth in popularity is set to continue. The money that the World Cup generates is reinvested back into the sport, with 85% of revenues being dedicated to further developing the game across the globe.

While the World Cup’s main partners will be doing all they can to leverage their sponsorships, the local team sponsors - O2 for instance, which sponsors England - will get little exposure through the event, from an international perspective at least.

"During the Rugby World Cup because of rights protection, those local sponsorships do not get much of viewing," Gosper explains. "We’ve relaxed the rules a bit to allow some sponsors on training grounds. But generally you’ll not see local sponsorship activity." There are exceptions, from the likes of Societe Generale, which is both a tournament sponsor and sponsor of the France team.

Of course, with an event the scale of the World Cup, it is inevitable that it will attract some ambush marketing. Preventions in place include a 500m ‘clean zone’ around each stadium, while World Rugby will have a dedicated ‘RPP team’ monitoring online infringements.

But viewers on ITV are inevitably going to be seeing rugby-themed ads from brands not officially aligned with England 2015.

"As a global event, which is admittedly not the same scale as the Olympics or Fifa World Cup, it possibly doesn’t have the policing power of some of the other major world sporting events," Curry says.

"Perhaps the media route is the more obvious one. I don’t know what the protections are. The Olympics has such strength and power that you couldn’t even sponsor coverage in the national papers unless there was an official connection with the event.

"I don’t know if this extends to the Rugby World Cup. But there will be many opportunities on internet sites, on radio, on TV, on social media."

In the UK, ITV has signed up World Cup sponsor Land Rover, and energy firm SSE as the sponsors of its coverage, thought to be worth a combined £7m. 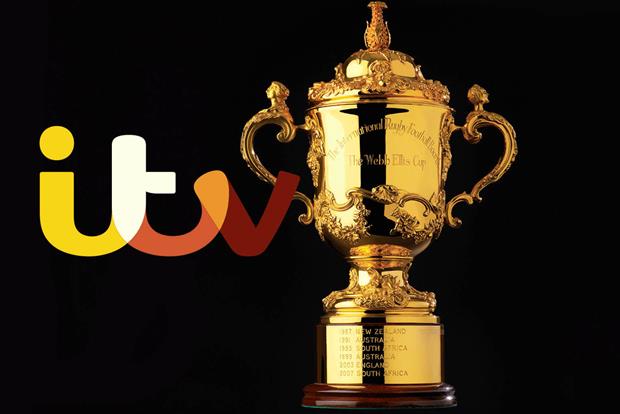 While the main sponsors have signed up very early, "to hold their position - locking down a year before the event" Rugby World Cup partners can be signed up to the last minute, with the most recent deals being with Unilever’s Dove Men+Care and Duracell, which join brands Gilbert, Clifford Chance, Canterbury and EY. The likes of Dove will be able to publicise the association and create promotions such as ticket competitions.

"From a marketing perspective, each of these partners probably comes at their sponsorship with a different priority," Gosper says. "But all of them like the association with the rugby because the positioning of the sport is one of character. Our strapline is ‘building character’.

"It differentiates us from other mass participation sports. That positioning combined with the target audience, crowd behaviour and player behaviour, make it an association that sponsors feel incredibly comfortable with."

Watch: McDonald's global marketing head on the thinking behind #imlovinit24