Eve Sleep is calling for sleep to be recognised as a human right on a par with the rights to life, freedom of expression and privacy in a campaign targeting secretary of state for justice Robert Buckland.

The brand took a mobile billboard to parliament this morning and delivered a letter to Buckland, who was promoted to the cabinet by Boris Johnson, arguing that the right to sleep should be recognised in the Human Rights Act 1998, the law that incorporated the content of the European Convention on Human Rights into UK law.

The convention guarantees rights such as education, a fair trial and the right to respect for private and family life – something that has been at the centre of several legal disputes between media owners and the subjects of their coverage.

According to Eve, however, India is currently the only country in the world to protect the right to sleep, following a ruling in 2016 by the country’s supreme court. 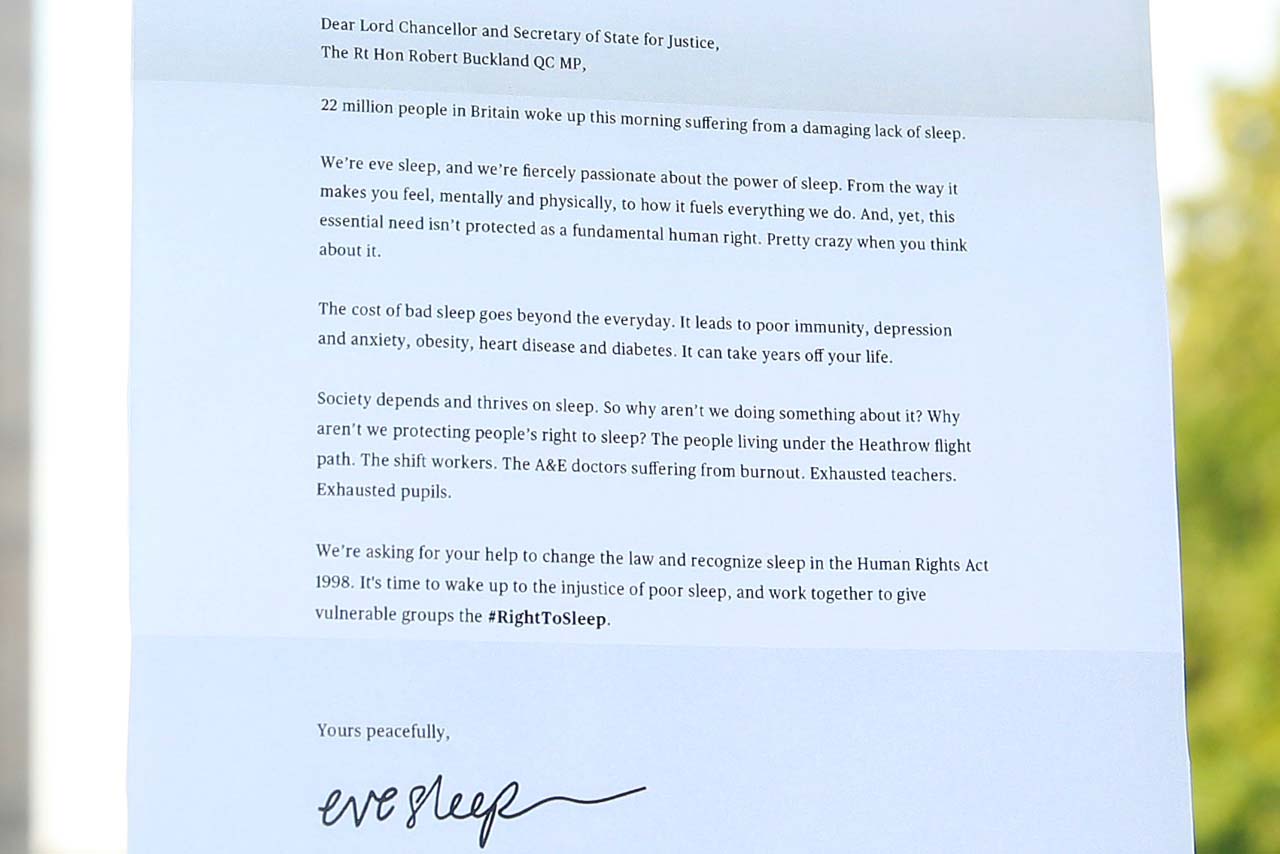 Eve said that societal health and well-being depended on sleep and argued that a change in the law could protect the rights of vulnerable groups such as the people living under the Heathrow flight path, shift workers, A&E doctors and teachers.

The company is also assembling a team of independent experts to act as a think tank around the proposed legislation and plans to produce a white paper on the impact of the suggested change in the law.

James Sturrock, chief executive of Eve, said: "We’re on a mission to help the nation realise and enjoy the power of sleep wellness and this campaign is another part of our mission to improve sleep for all. But to make a watertight case to the government, we are calling on the support of experts, businesses, community groups and charitable organisations across the country to join us on our quest to help sleep become a fundamental human right."

The campaign was created by The Romans and Eve’s in-house designers, while Goodstuff Communications is the media agency.

How L'Oreal, Eve Sleep and Dunelm are using media to drive ecommerce

All hail the Fleabag effect on creativity