Last year, Johnnie Walker Blue Label teamed up with television production and event-staging company Done + Dusted Productions and food architects Bompas & Parr to develop a live experience that told the story of the art of whisky blending. The campaign led to the agency winning the inaugural Game Changer accolade at the 2015 Event Awards in October.

According to Done + Dusted, the Johnnie Walker Symphony in Blue campaign was the first time such a luxury brand "had dared to discard all convention", taking 600 global influencers on a multi-sensory, experiential, musical and artistic journey. The agency says it had been hugely excited to create a unique brand experience that would go beyond the conventional parameters of brand marketing.

The show, which was performed three times at Merchant Taylors' Hall on 16 and 17 September 2014, was designed to break down the barriers that exist between performers, audiences, the arts, science, theatre and reality. Done + Dusted describes the event as "incredibly ambitious from concept to completion, with no blueprint or comparison".

The concept was driven by a desire to reimagine conventional ways of storytelling, by combining design, performance, sensory activation and even science to create a 360 deg entertainment property, the agency says.

"With the exclusive nature of the brand in mind, we wanted to create themes and memories that were equally rare for our guests. We created an interpretive, one-of-a-kind show where visual effects, music, dance, theatre, choreography and sensory wonders completed their voyage to the centre of a glass of Johnnie Walker Blue Label," explains Hamish Hamilton, director of Done + Dusted. 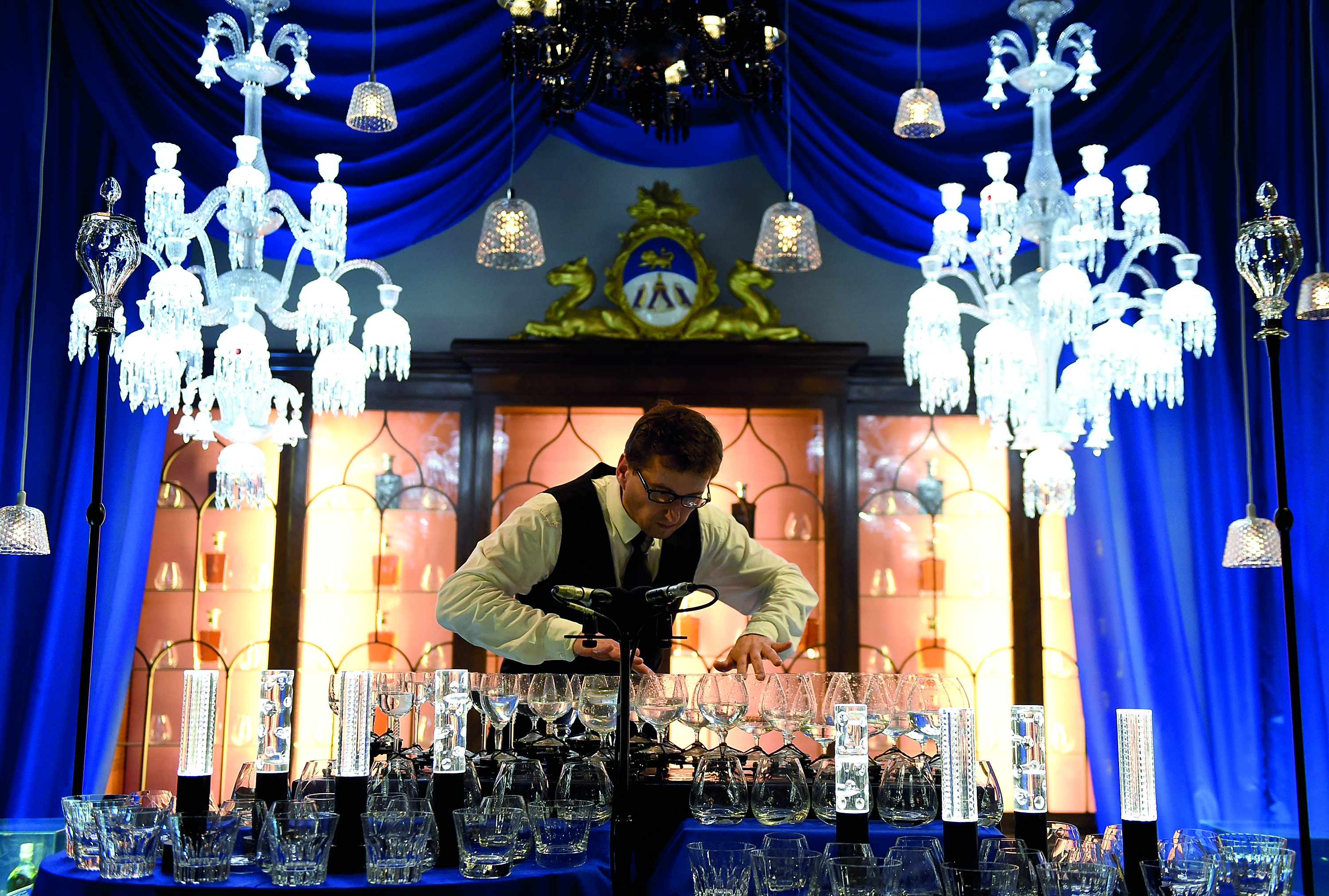 The whole experience was inspired by the flavours and ingredients in the blend, as well as influences such as the Scottish weather, craftsmanship, flawless ice and the flair of the serve.

Attendees navigated their own way around the spaces, which included a demonstration of cask making where guests were encouraged to use a real flame-thrower to hand-char a barrel. They could also immerse themselves in a breathable cloud of Johnnie Walker Blue Label at the 'whisky weather' station, which simulated the thunder, humidity and dense fog experienced in Scotland.

Furs were available for guests to wrap themselves up in before they entered an icy tunnel, which led to a cavern containing an illuminated block of 10,000-year-old ice harvested from glaciers.

The evening culminated in a dinner and show, which saw the room dressed with exotic stuffed birds, classical statuettes and ornate, oversized candelabras.

Entertainment came from the Flavour Conductor, a special pipe organ that 'played' the six flavours found in the blend: fresh, fruity, malty, woody, spicy and smoky. 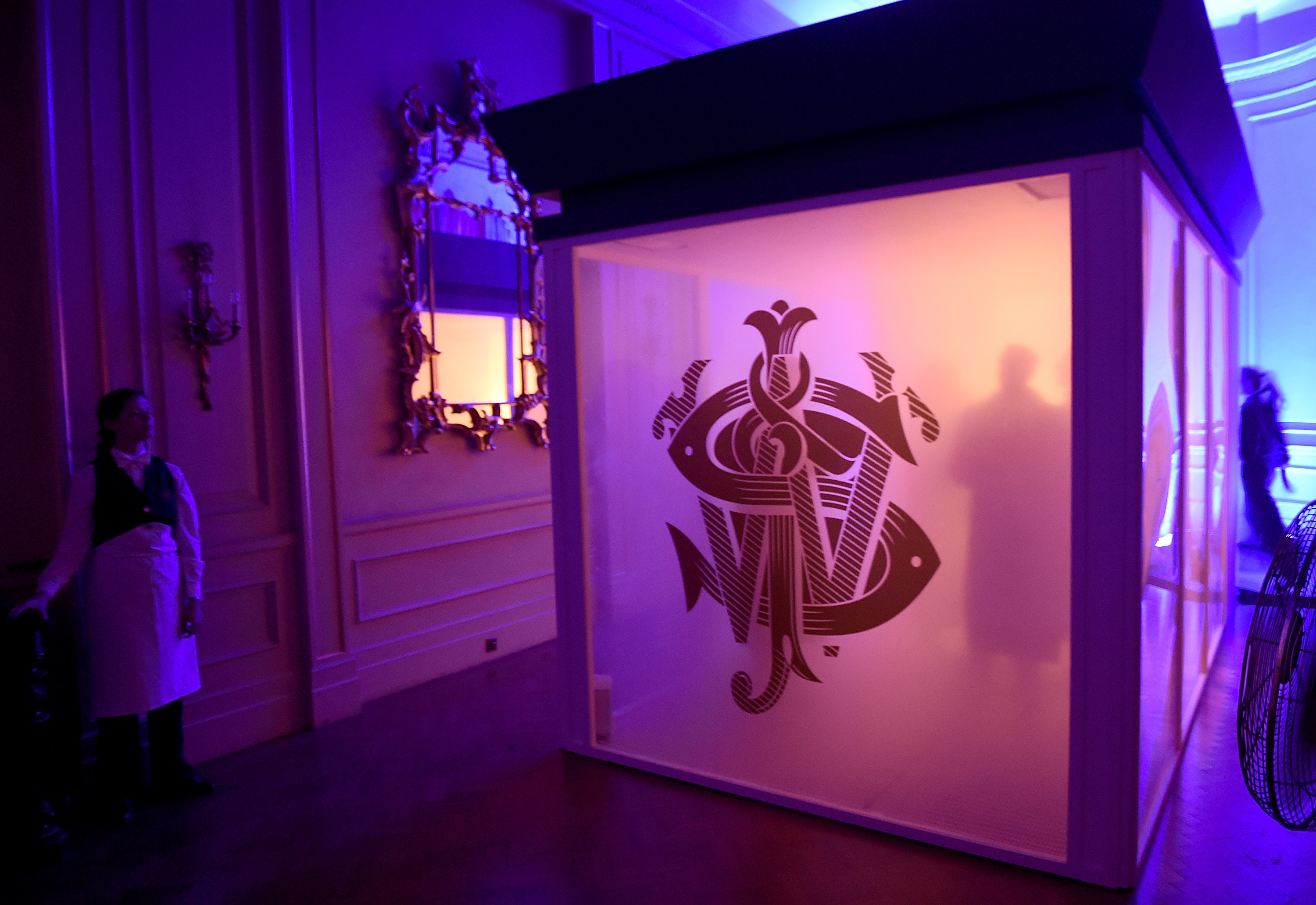 Attended by 600 invited guests - a mix of media, celebrities and VIPs - it generated more than 150 pieces of coverage from titles such as CNN, Vogue, Elle and Tatler, and featured in more than 1,000 social media posts, achieving a reach of close to three billion. Done + Dusted puts the show's PR value at more than £10m, and claims that it has changed the perception of the brand, pushing it more into the luxury sphere.

The agency says the event showed Johnnie Walker Blue Label to be a brand that behaves differently: "Not just like a whisky brand, but a luxury lifestyle icon, using entertainment to demonstrate Johnnie Walker to be progressive and entrepreneurial, communicating craft and rarity as its values."

Executive producer and chief operating officer Melanie Fletcher says: "Johnnie Walker Symphony In Blue set a benchmark and provided tools and content for a global expansion of the idea, through bespoke reinterpretation of the event in markets such as Monaco, Johannesburg and Mexico."

"Its unparalleled success has inspired both us and the brand to be bold and daring as we conceptualise the next campaign activation's life form," - Melanie Fletcher, executive producer and chief operating officer, Done + Dusted.

In pictures: Inside The Hedonist Project's roating bar with Diageo