Shell devised a sophisticated treasure hunt earlier this summer, where consumers had to think laterally to win a glamorous F1 prize. Event takes a closer look at the activity.

On Saturday 8 August, Shell hid three Ferraris containing VIP tickets to the Belgian Grand Prix at secret locations in London, Berlin and Warsaw. The reason? They were the final prizes of a sophisticated treasure hunt, designed to celebrate the technical partnership between Shell's V-Power Nitro+ fuel brand and the Scuderia Ferrari racing team.

By Shell's own admission, a large-scale consumer event was new to the brand. "As with any big organisation, we've come from a more traditional approach to marketing," says Michael Hominick, marketing manager for Shell Retail in north Europe. "We're finding our feet in the experiential space."

The energy company briefed agency Edelman to devise a live experience that would appeal to millennials, and seamlessly integrate itself across Shell V-Power's digital and social channels. 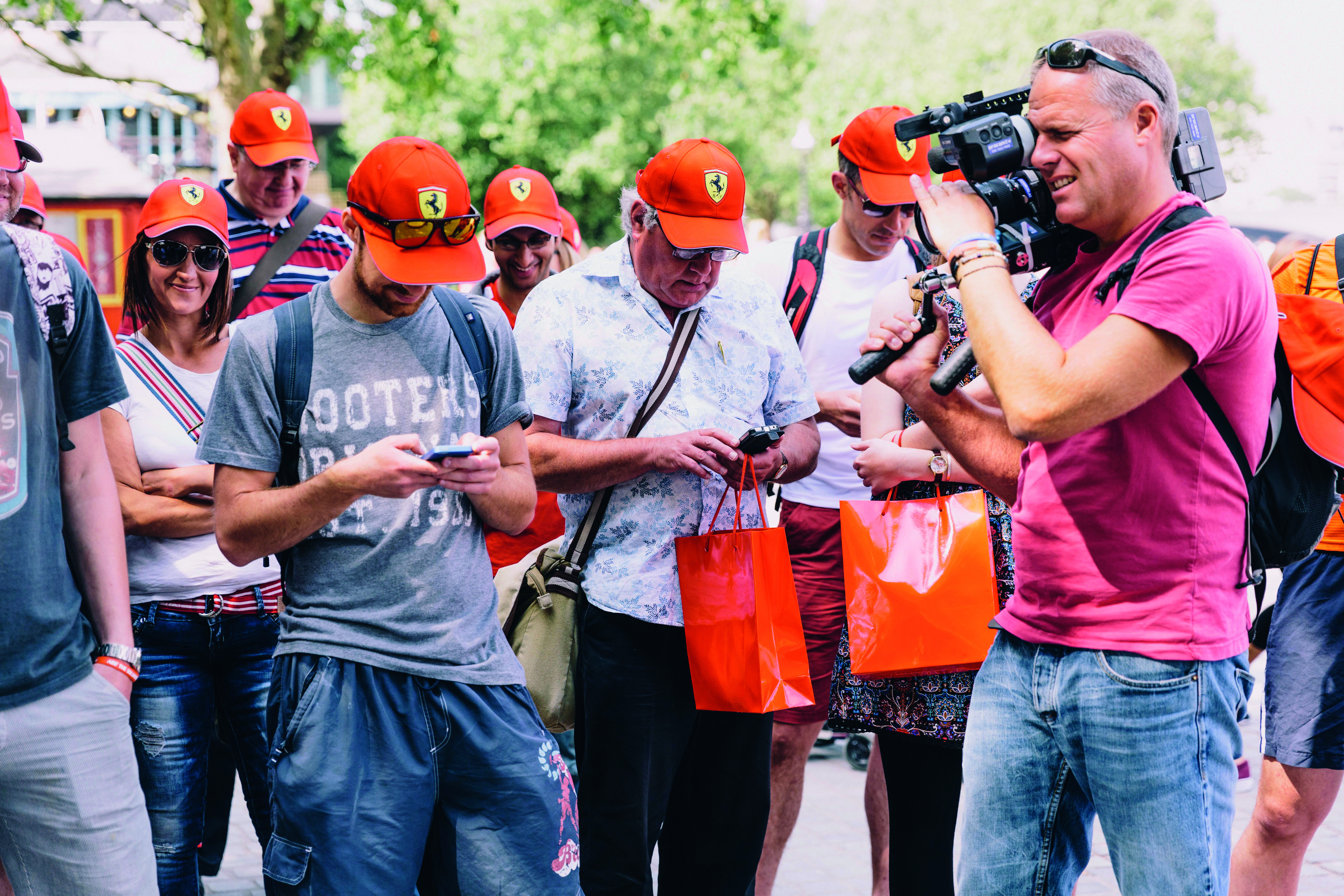 "When we've worked with Shell before, we've usually had a stronger focus on media campaigns," explains Fiona McHugh, associate director at Edelman. "But this time the brief was about appealing directly to customers. It was really exciting to work on something new, bringing this niche technical partnership to the masses and seeing how we could marry the offline world with the online.

"We brought together people from creative, digital, strategy and social. We sat in a room and for a couple of weeks were hashing out ideas about how we could create something that was really shareable and would begin online conversation."

The overall experience was divided into three stages. A pre-event campaign centred on online video content that introduced The Hunt via a cameo from driver Kimi Raikkonen. Interested participants in the UK, Germany and Poland were then led to the Shell website to register for the experience. The three destinations were chosen, explains Hominick, because they are the brand's biggest European markets.

On the day, participants were asked to arrive at a specific destination in their city at a specific time and were sent a direct message on Twitter. This featured a photo (to overcome Twitter's 140-character policy) that would act as the day's clues. Hunters had to head to three checkpoints, taking a selfie at each and retaining information about V-Power on the way. Once they had completed this part of the challenge, they raced to find their city's Ferrari. The winners - in London it was Jonny Wilde and his partner in crime - were asked a trivia question on the fuel's properties to unlock the car and grab their tickets. 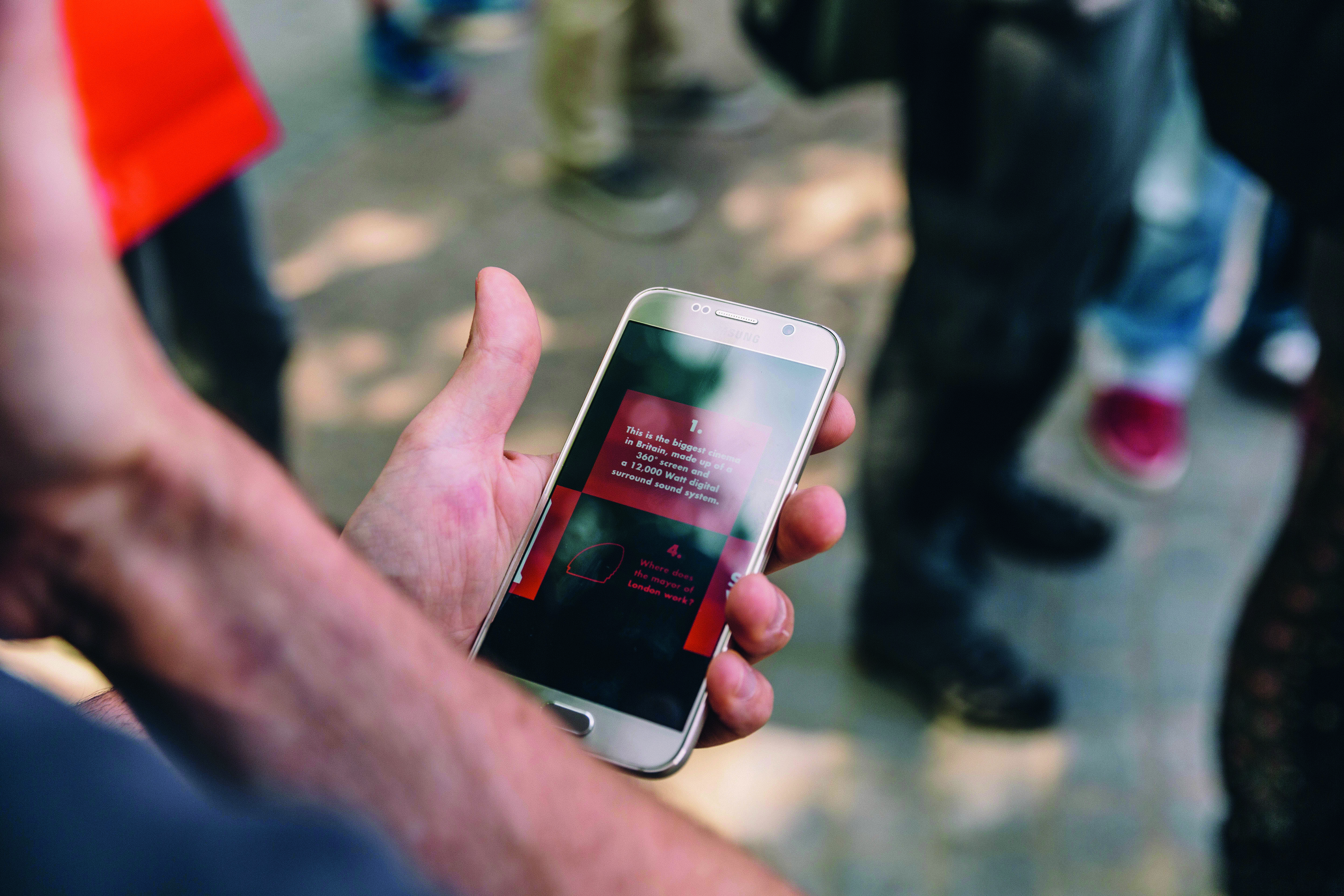 "We encouraged people to think creatively," recalls McHugh. "Some people hired taxis, some got on Boris Bikes - it was fantastic to see."

The winners' treasure-hunting skills were rewarded with a money-can't-buy experience: phase three of the live campaign. They were whisked off to the F1 Shell Belgian Grand Prix on 21-23 August, staying at a five-star hotel and enjoying seats at the Shell-sponsored suite on the track. They were also introduced to Shell's scientists, who explained how research on the track translates to the brand's road fuel offering for everyday customers.

More than 150 entrants engaged in the event across Europe, and footage of The Hunt was captured in all three markets and packaged into video content. This was designed to capture the pan-European element of the campaign. The Twitter user reach on the weekend was measured at 87,994 and the campaign made 1,710,746 social media impressions through @ShellMotorsport and participating Twitter channels.

"Considering that it's the first time of doing something like this, we're thrilled with the results," says McHugh. "It's a great opportunity to look forward and see what else we can do now with Shell to encourage participation in experiential for consumers and media." 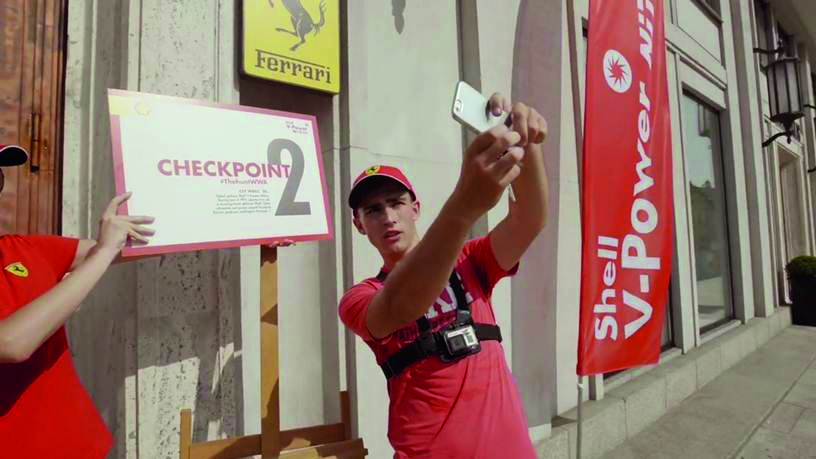 Hominick adds: "It was a smart way in which we were able to bring together our headline sponsorship of the Belgian Grand Prix, and the technical partnership of Ferrari and Shell V-Power Nitro+, through a campaign that was really interesting and engaging. This is a great example of the sort of thing that we're starting to work on more and more."

Michael Hominick, Shell Retail - "We can be very effective in new ways of marketing - not just traditional methods. Events like this are so good for talkability, both on the ground and digitally."

Fiona McHugh, Edelman - "Shell's audience are open to this type of activation. It's important that we create campaigns that give them something they wouldn't ordinarily be able to do."