Artist Sean Rogg partnered with Hendrick's Gin and The Guardian for the Experimental Research Laboratory (ERL) of Chapter Three/Futuro, the third instalment of his immersive art series The Waldorf Project, which includes Chapter One/Muskmelon and Chapter Two/Colour.

Chapter Three/Futuro took its inspiration from 'futuro' - a flying saucer-shaped house designed by artist Matti Suuronen in the late 1960s. The performance explored ideas from the time, focusing on utopian elements of society rather than dystopian ideas surrounding the future.

A total of eight performances were held over three days. Each combined the talent of eight individuals, from chefs and mixologists to choreographers, musicians and costume designers. "I wanted to push even further the way in which art could be consumed," Rogg explains. 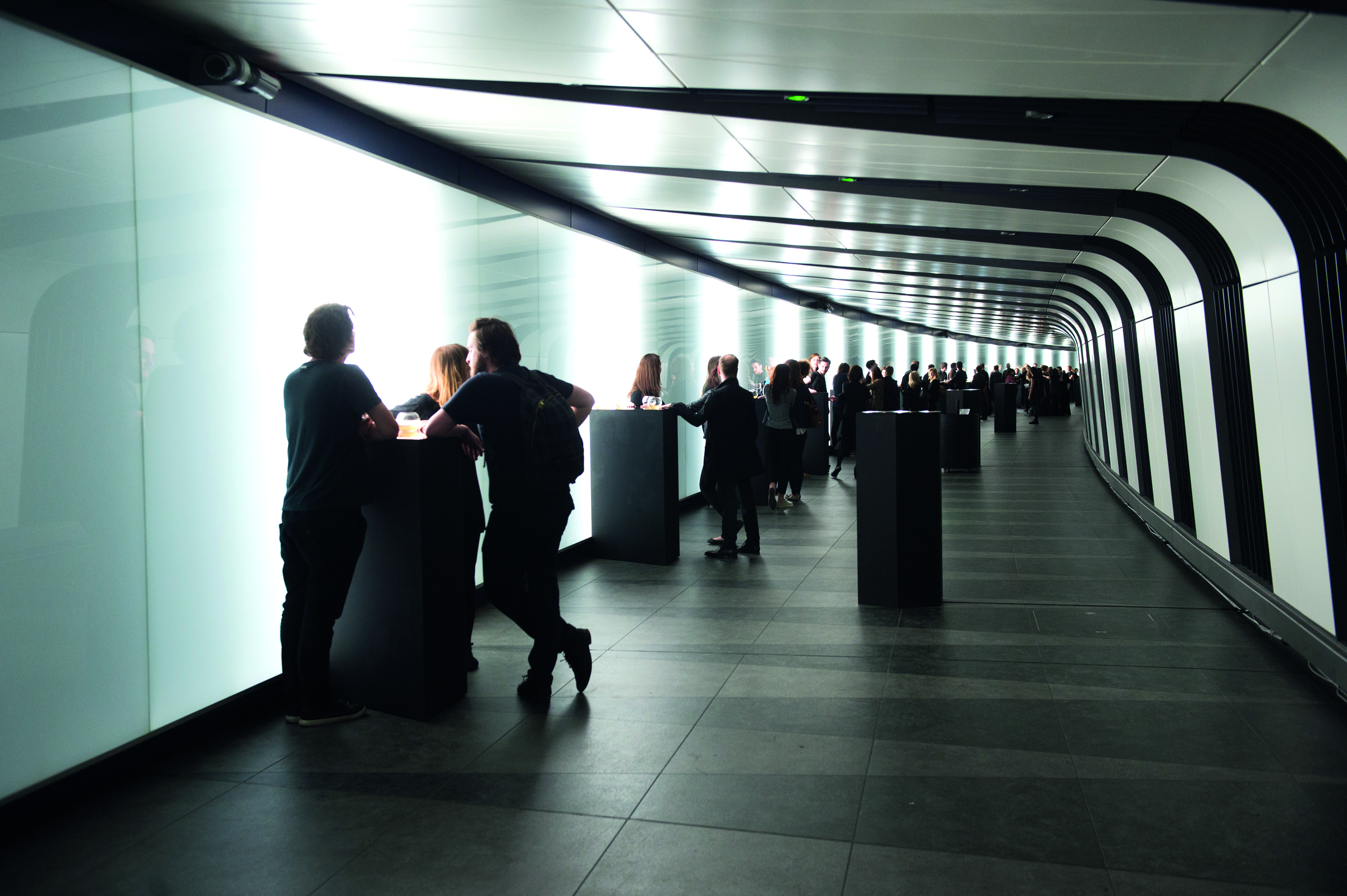 "I wanted to experiment with how the future might feel rather than how the future might be, so I created five emotional states or courses. During each course a liquid was served within the surrounds of all other elements of the performance, which were synchronised to enhance that emotion."

All five courses were made using liquid only, and Hendrick's Gin was selected as the basis for each. Sam Bovill, senior brand manager at Hendrick's, says: "Having visited The Waldorf Project's Chapter Two, meeting Sean and hearing about his ambitions for Chapter Three, we were keen to see how we could support someone who shared the same passion for enlightening and, occasionally, bewildering audiences as we do.

As with many ambitious artistic creations, they only see the light of day due to the support of partners who appreciate their vision and creativity."

Groups of between two and 16 people were led down an escalator into a tunnel within London's King's Cross station.

Strobe lights interspersed light with darkness, and electronic music of varying tempos played in the background.

Guests stood around wheeled tables that could be reconfigured to alter the layout. Black-clad performers shifted them around the space and delivered instructions. 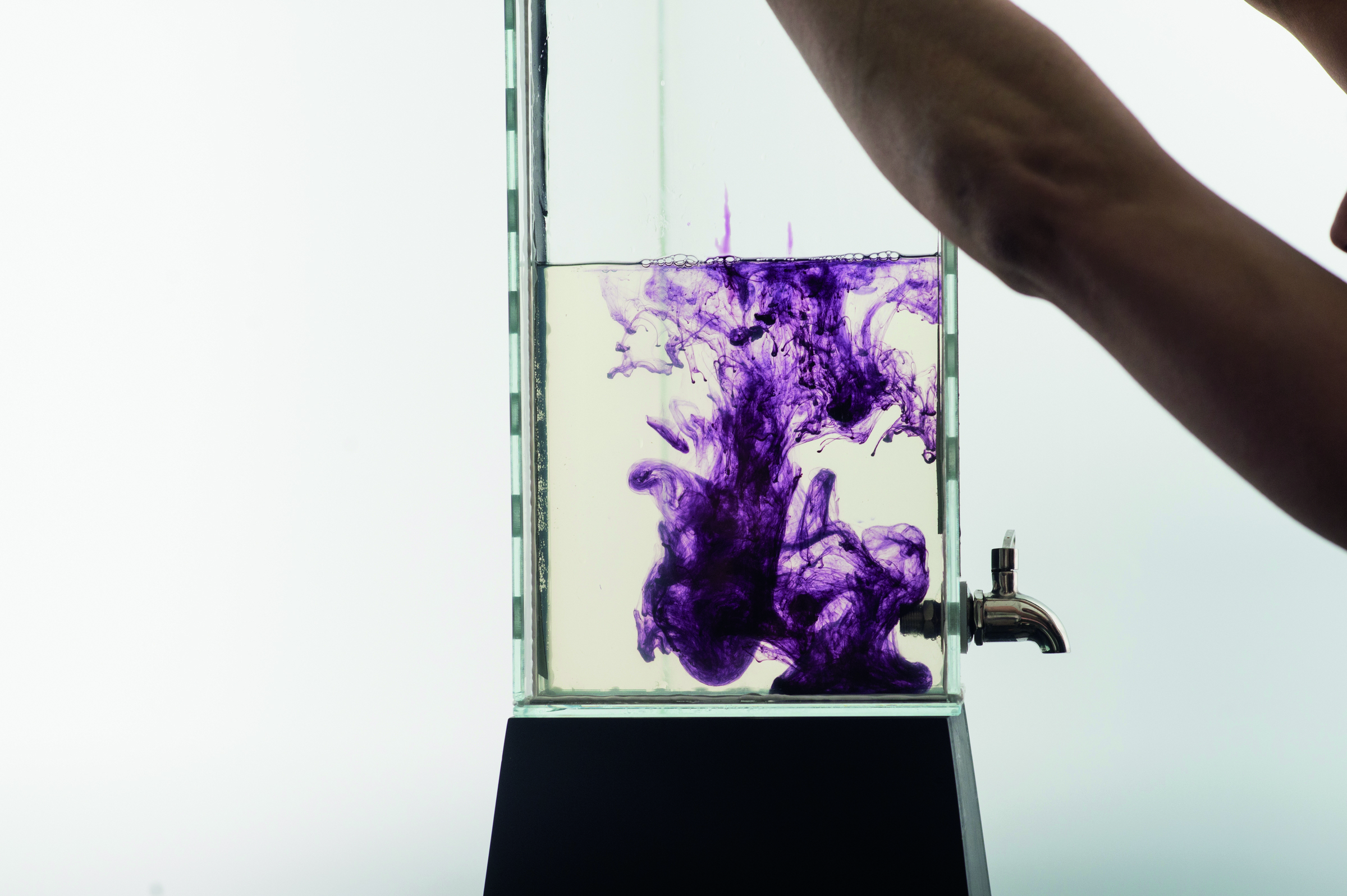 Each of the five courses was consumed via apparatuses such as a square glass, flimsy plastic rubber cup and plastic tube. Guests also ate the contents of an edible plastic sachet, emptied into a gin-based beverage.

"The journey ranged from the delicate to the physically extreme. As this was an ERL, or trial performance for Chapter Three, we changed the group sizes and intensity of the performance in each of the runs," Rogg recalls.

The project's 'liquid designer', mixologist Max Chater, was involved in developing the concoctions. He worked with food designers Justin Horne and Max Castaldo to ensure Hendrick's Gin complemented what they had envisaged. 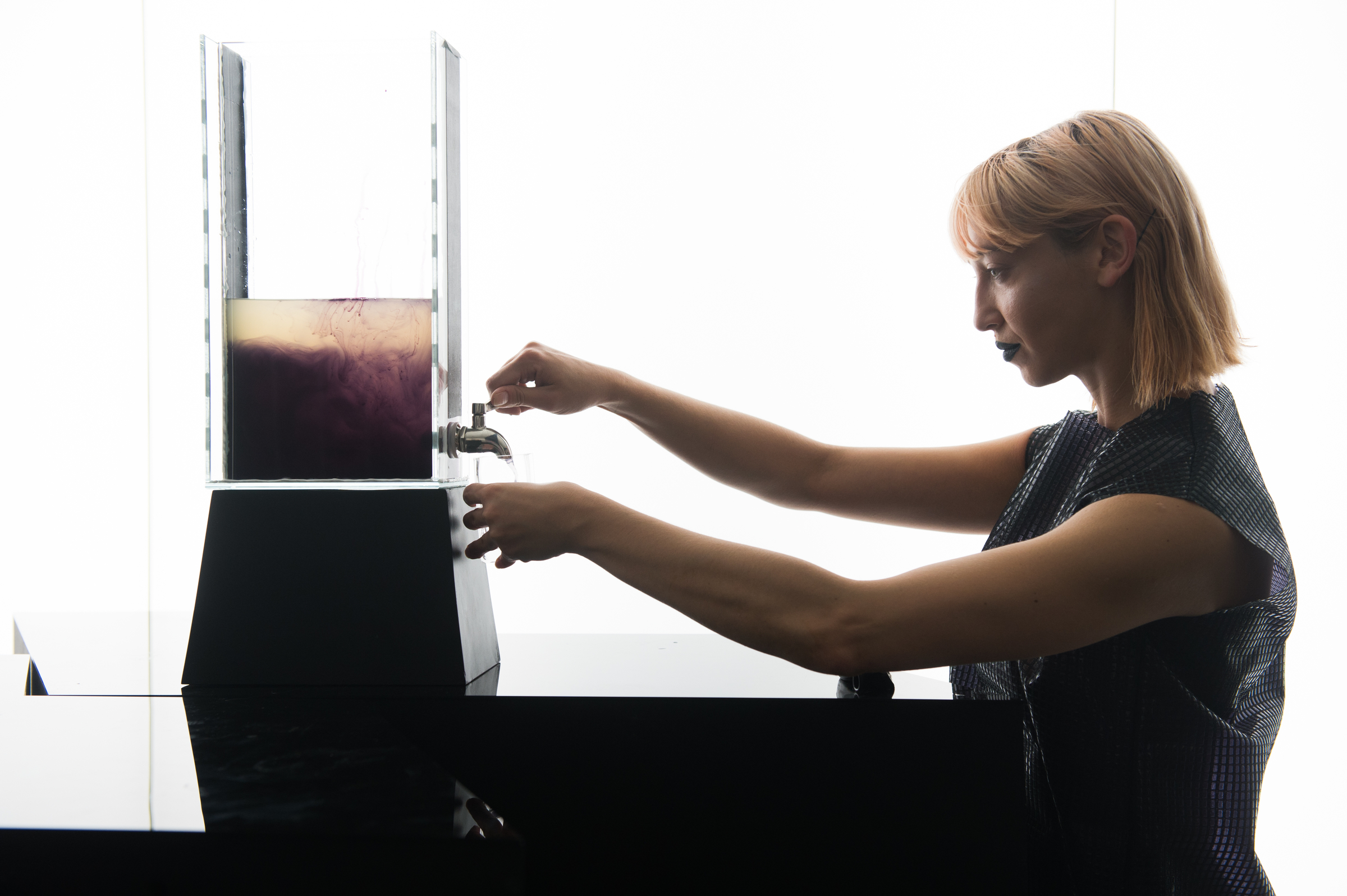 Chater says: "I always approach things from a different angle but am often confined by paradigms of drinks culture. The Waldorf Project: Chapter Three offered me complete freedom to think solely about the delivery and experience, rather than just conform to 'drinks' service."

"The ERL of The Waldorf Project: Chapter Three was a fantastic opportunity for me as a liquid designer to really get to grips with the product and explore the possibilities of experience manipulation through liquid."

Bovill adds: "Embracing the artist's vision for The Waldorf Project, we provided consultancy via Chater, who utilised Hendrick's Gin in the liquid foodstuffs that were being served throughout the performance.

"He did this alongside other members of the food team, who were ensuring the meals delivered all of the nutritional essentials the body requires from an evening meal."

In all, 409 guests attended the eight performances, which included a sold-out rehearsal and press night.

The event was featured across 14 blogs and online publications, including The London Sinner, Urbanologie, Quintessentially and Gin Time.

Bovill says: "The response from influential media such as WGSN, Culture Whisper and The Creators Project, which is often hard for a drinks brand to reach, has been great.

"Also, the exposure we've had through The Guardian's media channels has been very worthwhile." 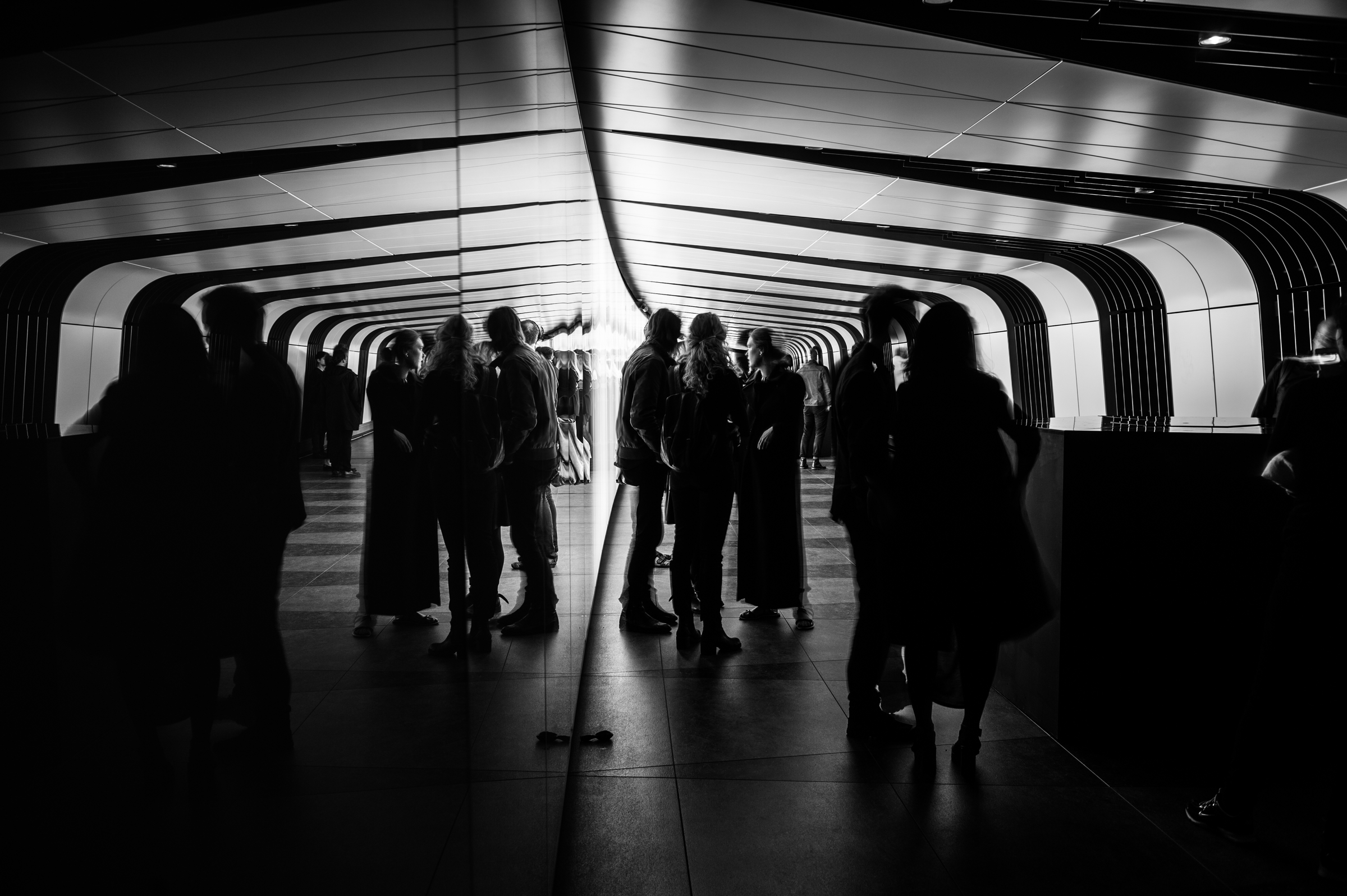 "As ever, we have pushed ourselves and gone right to the edge of our delightfully peculiar world by partnering with The Waldorf Project." - Sam Bovill, Hendrick's Gin

"The ERL was a fantastic exploration of the ideas that will be carried forward to Chapter Three, but also succeeded as an intense standalone experience." - Sean Rogg, The Waldorf Project

In pictures: Hendrick's activates at Edinburgh Fringe ahead of digital debut

Five of the coolest summer cocktails