Nokia rigged every inch of Flat Iron Square in Southwark to come alive in sequence to a Deadmau5 set. It appeared like any normal London street, but as the music started the technology allowed it to be ‘played’ like a musical instrument.

Agency Mission worked in collaboration with ML Studios to produce the light show. Bluman Associates provided the projection and oversaw the technical production for the live web cast and post event video. 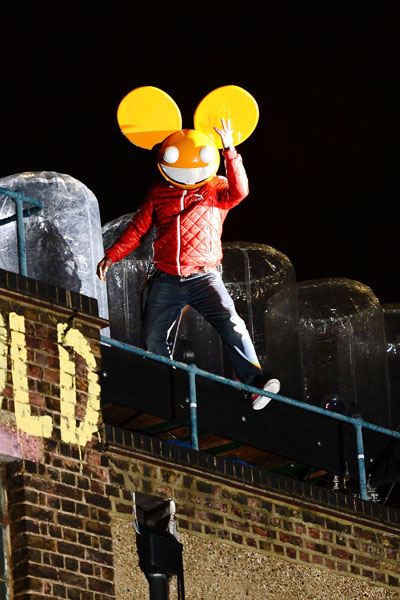 The location of the event was kept secret until just hours before it began – only Nokia competition winners and invited guests had access.

Adam Johnson, head of consumer marketing at Nokia, said: "We wanted to do something as innovative as our products to celebrate the launch of the new Nokia Lumia range. The show took its inspiration from the vibrant colours of the range. The Nokia Lumia 920 has extraordinary low light capabilities and we wanted to create an event that would showcase this fantastic feature and still show that our products stand out from the current sea of faceless black handsets."

Deadmau5 said: "Playing Millbank Tower was an incredible experience, so it’s great to be back in London to team up with Nokia again. The new show was a totally different concept from last year, but equally inspiring and technically challenging."