For years the social network has been telling advertisers they must pay to magnify their exposure, but most continue to resist.

Since 2012, organic reach for brands on Facebook has steadily dwindled. But the vast majority of advertisers still resist paying to reach new audiences, seriously limiting their exposure and failing to take full advantage of the platform, says a new study from BBDO Worldwide.

Like most agencies, BBDO has long heard questions from clients curious why their Facebook content wasn’t getting the reach they expected. So three months ago, the Omnicom agency decided to field a study researching best (and actual) Facebook brand practices. The result, "About Face," which is being published today, strongly suggests brands are out of step with the harsh reality of social media.

"Organic reach on Facebook is dead," said Julian Cole, head of communications planning at BBDO. "The brands that understand that and realize that this isn’t a free lunch will be the ones to succeed."

The agency found that 97% of the top brands on Facebook still use the organic posting model as a social strategy—that is, these brands post content to their Pages for free without paying Facebook to distribute it. And of these brands, 80% or more of their posts were not supported by spending.

The agency went to Socialbakers, a social media statistic provider, to find the 100 brands with the most engagement on the social network, and then partnered with Unmetric, a social media intelligence firm, to determine what percentage of those posts were paid. From May to July, Unmetric found that only 3% of these brands were promoting 80% or more of their Facebook posts.

Which brands landed in this 3%? At number 89 on the list, Cadbury Dairy Milk had the highest percentage of paid promoted posts. The brand posted four times throughout the month and promoted each one. Starbucks took the 12th spot, paying Facebook for 97% of its 33 posts, while Guaraná Antarctica, a Brazilian soft drink brand, paid for 87% of its 23 posts.

The study also found that 15% of these brands, including Nescafé, Pizza Hut, Dove and Pringles, did not promote any of their content during these three months.

John Osborn, president and CEO of BBDO New York, noted that posting content is fine for reaching your own audience, but does little to reach new ones. "We have plenty of clients that are still doing organic posts on their Pages for users," he said "but that’s not going to be the driver of the business moving forward. If you’re using Facebook as a driver of business, there’s a better way of doing it."

Brands need to focus on attracting the "light buyers," said Cole. By posting organically, brands are only reaching the people who like their Pages already, or the "heavy-buyers," he said. "When you look at where you actually grow, it’s actually the light buyers, people who buy your product once or twice a year," he said. "So you think of Pepsi, it’s not the person who drinks like, three glasses a day. It’s the person who drinks it once or twice a year is where you see your volume growth." Cole points to a 2007 study from UK trade group IPA that found loyalty campaigns had an effectiveness rate of 44%, while penetration campaigns saw 77%. 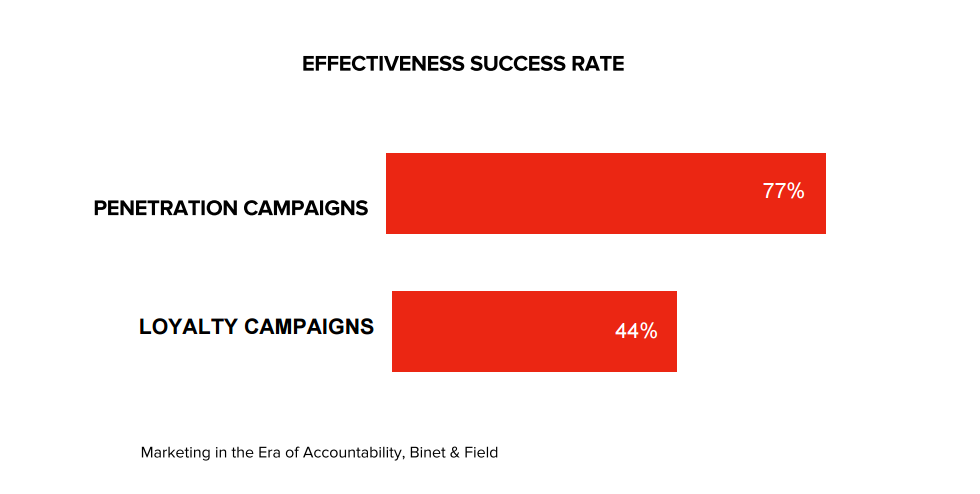 According to Cole, these "light-buyers" don’t end up seeing organic content from brands in their news feeds because they have not liked their Facebook pages.

Facebook has been trying to explain that marketers shouldn’t expect a ton of organic reach on the platform for years. In a post from June 2014, Brain Boland, VP of adtech at Facebook, described why organic reach was already beginning to decline. He wrote that Facebook’s News Feed uses an algorithm that ranks content by what the user has expressed interest in; otherwise, there would be too much content coming at them at once.

"Facebook is far more effective when businesses use paid media to help meet their goals," Boland wrote. "Your business won’t always appear on the first page of a search result unless you’re paying to be part of that space."

And Facebook has continued to exert more control over the content it distributes. In fact, although Zuckerburg refutes the idea, observers have pointed out that the network has taken on many of the functions of a traditional media company. Most recently, in June, Facebook altered its News Feed algorithm to favor personal content over Page content. And while this might make users happy, it doesn’t help brands reach new audiences organically.

The only way to do that? Paying to promote a post.

So why are 97% of the top brands on Facebook not focusing on paid promotions? Cole believes brands have been relying too much on measuring the effectiveness of a campaign by the amount of likes, comments and click-throughs posts get. Instead, he said, engagements are more indicative of user behaviors. "The people who like posts, who like brand posts, like lots of things on Facebook."

What’s more, BBDO analyzed the content of their major clients and found that overall, users who engaged with their content were not within the brands’ target audiences. The agency has already begun to share these findings with its clients. 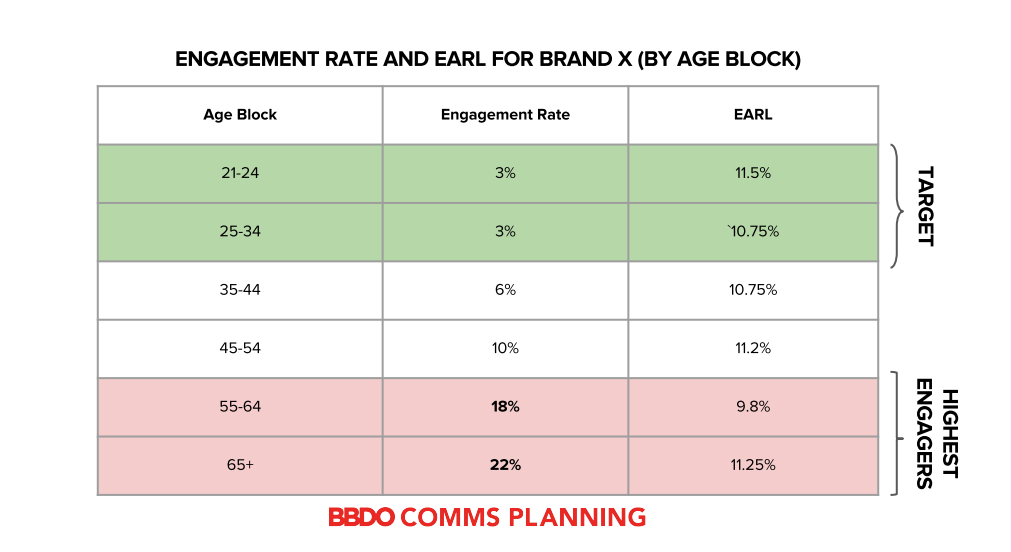 "It’s an evolutionary thing, because it has been quite hard," said Cole, "Facebook was telling brands likes are important. Brands had that cemented in there and now we’ve really had to adapt fast."

Osborn blames the uncertainty clients often have about what works on digital. "There’s a tremendous amount of misinformation," he said. "Where there’s confusion, human behavior is to revert back to your safe zone, and our safe zone tells us we’re living in a world of likes," he said, "We’re living in a world of shares and my instinct would tell me that that’s beneficial but not when you really deconstruct it."

Dispelling the myth of the know-it-all

One-to-one marketing should have been solved years ago