Facebook has reported a 57 per cent increase in ad revenue for the fourth quarter of 2015, driven by a surge in mobile.

The social media giant’s fourth quarter results said that mobile ad revenue reached $4.5 billion (£3.15 billion) and now makes up 80 per cent of Facebook’s total ad revenue, up from 69 per cent a year ago. 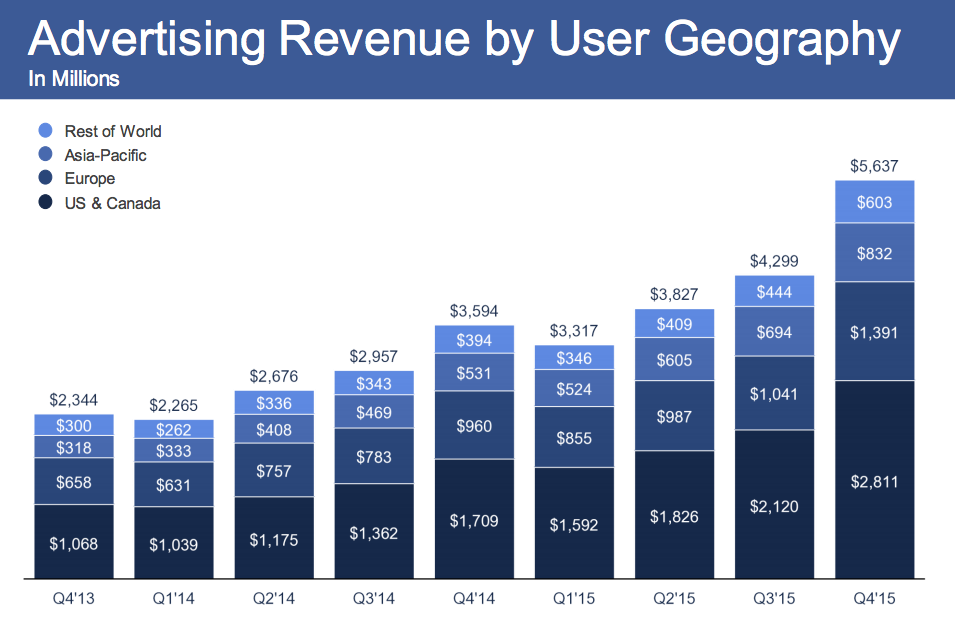 Sheryl Sandberg, the chief operating officer at Facebook, said the company was capitalising on the shift to mobile, which is the company’s first priority.

She said: "Heading into 2016 it’s clear that consumers have shifted to mobile – and businesses know they need to catch up. Marketers now realize that if they want to reach their customers where they are – mobile is essential. Our conversations with clients have shifted from if they should market on mobile to how." 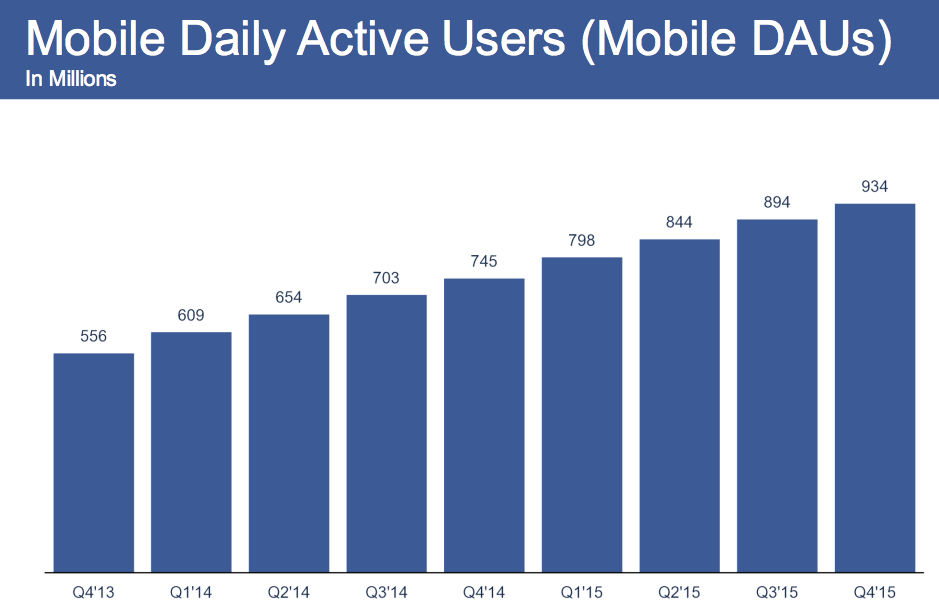 In an earnings call, Sandberg said the company’s second priority was to grow the number of marketers using Facebook’s ad products.

In Q4 2015 Facebook had over 2.5 million active advertisers, she said, with 50 million small businesses actively using the platform’s Pages feature.