ISBA has welcomed Facebook's commitment to audit and police app developers' past and present access to user data and to share developments with advertisers.

The advertiser body has told members that it had a "constructive and challenging meeting" with the social network on Friday, which ISBA called for after last week’s further revelations about the use of Facebook data by Cambridge Analytica.

"It is clear from our meeting today that [addressing public and advertiser concerns] is a priority for Facebook," ISBA said in a statement. "Facebook has offered to meet face-to-face with our members and we welcome their openness and willingness to do this. Further details will be confirmed in due course."

Facebook announced the audit, as well as its intention to ban any developers that have "misused personally identifiable information", two days before the ISBA meeting.

ISBA also welcomed these further steps Facebook outlined alongside the audit, which include limiting apps’ access to user data: 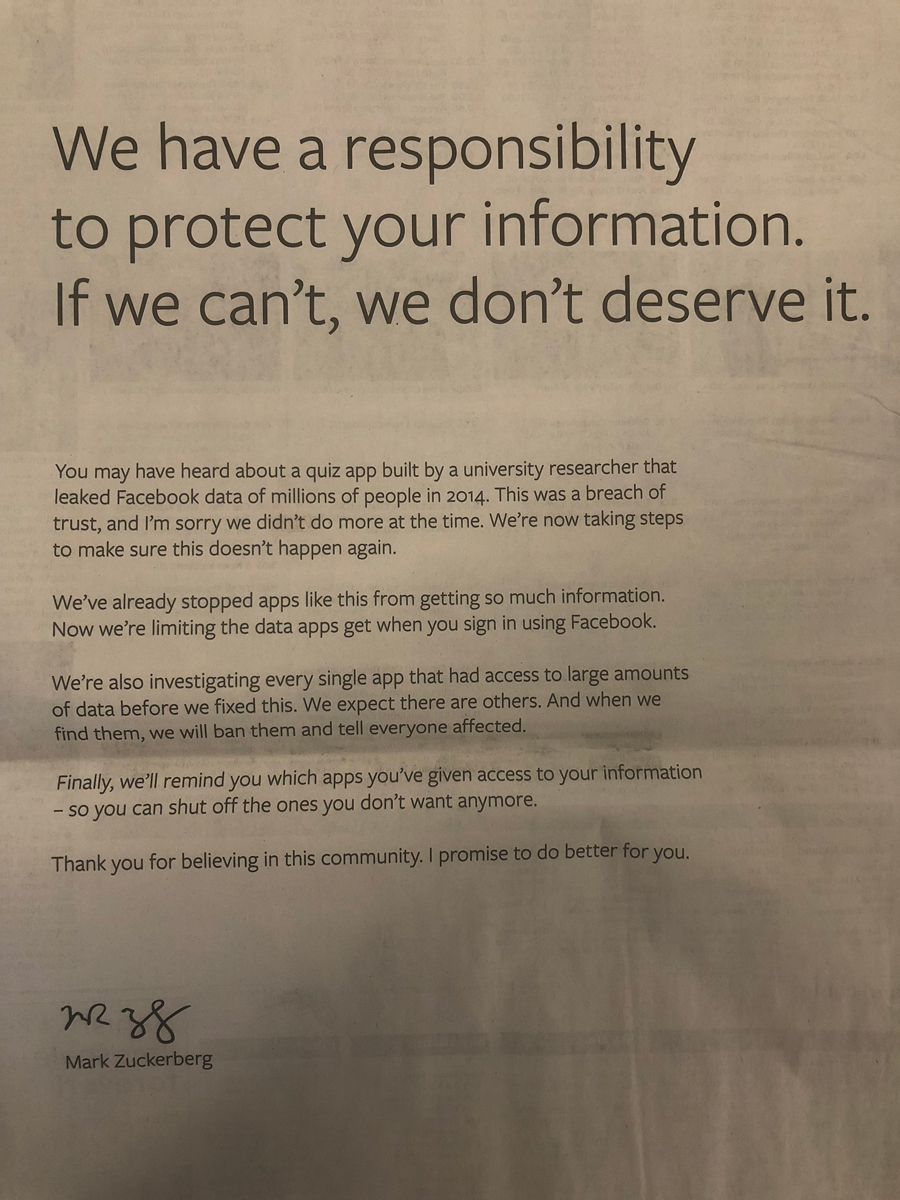 Separately to dealing with ISBA, Facebook has taken out newspaper ads to spread a short letter from founder Mark Zuckerberg to address the public’s concerns.

In the letter Zuckerberg apologises for not doing more at the time about the "quiz app built by a university researcher that leaked Facebook data of millions of people in 2014".

CMOs: brands are failing to optimise consumers thanks to bad emails

The industry built on code has no moral code