The social network's regional director of UK and Ireland tells Arif Durrani why it is a force to be reckoned with in digital video.

Six months into his role as Facebook’s regional director of UK and Ireland, Steve Thomas Hatch has downed the Kool-Aid and is starting to find his voice.

At a series of events this week, the former leader of MEC set out his stall around the two related pillars of mobile and video advertising.

It’s a well-contested space, with last week’s Internet Advertising Bureau study flagging up mobile video as by far the fastest-growing digital ad format, generating £64 million in the first half of 2014.

However, when it comes to digital video, Hatch concedes that his main rival, and the one place still top of mind for many marketers, happens to be owned by the biggest of them all: Google.

"Right now, if you’re thinking digital video, you’re thinking YouTube," he admits. "But the perception and reality [of consumer usage] are really far apart. Facebook is right at the heart of video."

Hatch smiles, and in a knowing twist to a famous line in Hollywood's 2010 film about Facebook, The Social Network, says: "You want a big number? Facebook hosted ten billion Ice Bucket Challenge views by more than 440 million people between June and 1 September. That is so substantial."

He adds: "The other groovy stat is that, during the period, charity donations went up from $2.4 billion to more than $100 billion.

"It’s a bloody fantastic outcome and, in a way, it has told much of the story for us. I think it has enabled people to truly recognise the strength of video on Facebook."

A series of new product developments currently being rolled out in the UK will further boost Facebook’s video credentials.

The number of brands using auto-play video ads (premium video ads in news feeds) has been extended and a "call to action" function can now be inserted after a video has been viewed. But perhaps the most striking addition is the introduction of a YouTube-esque "video views" function.

"The video counter is really important," Hatch says. "It adds a lot of value and is also another way of unpacking the scale of Facebook that is often underestimated."

As opening gambits go, squaring up to Google’s video platform is impressively bullish. But then, Hatch, despite moving out of London to rural Sussex last year, has never really been one for the quiet life.

At MEC, he helped build a world-renowned agency, steeped in digital and data-driven planning expertise, and handling media billings in excess of £650 million for brands including Danone, EE and Lloyds Banking Group.

Speaking in Facebook’s sleek Brook Street office, surrounded by 90,000 square feet of contemporary space across three floors, the only visible change in Hatch is a decision to swap his brown shoes for a pair of more casual Paul Smith trainers.

At 44 years old, there’s no chance of Hatch passing for a digital native, but he talks with child-like enthusiasm about his "onboarding" induction experience in Silicon Valley and the pace of change around him.

"The business is growing really fast and the things we’re trying to tackle are really big," he says. "You feel all the time here that sense of purpose and drive."

To underline the point, Hatch says the number of Facebook’s UK staff has already doubled during his short tenure, from just over 200 in the old Covent Garden office to almost 500 today.

Further details are hard to glean, but about 80 people are said to have direct commercial roles. Collectively, they are believed to be targeting £545 million in ad revenues this year, according to eMarketer.

Facebook’s video views increased by 50 per cent during the summer alone. Hatch says such growth is testament to a "seismic shift in video viewing", following the extension of broadband and further rise of mobile, which means that people are moving "beyond executional search to pure discovery".

To demonstrate the point, he recalls a video created by Beyoncé at the end of August. The pop star posted a video on both Facebook and YouTube of behind-the-scenes footage before her live performance at the MTV Video Music Awards.

Hatch says: "In the first four hours, Facebook users watched the video 2.4 million times as Beyoncé’s 64 million fans quickly shared it with their friends. On YouTube, the same four-minute clip managed only a few thousand views during the same time period."

Attuned to marketers’ growing concerns about fake views skewing YouTube’s figures, Hatch stresses that everything on Facebook is identity-led: "You know it’s a person."

Still, attempts by his boss, Nicola Mendelsohn, to position Facebook as like an always-on "primetime" TV broadcaster was met with calls for proof of effectiveness at last year’s IAB Engage event.

Hatch pauses for the first time. You sense that a battle with Google is a big enough challenge for now, without inciting the wrath of the commercial broadcasters. 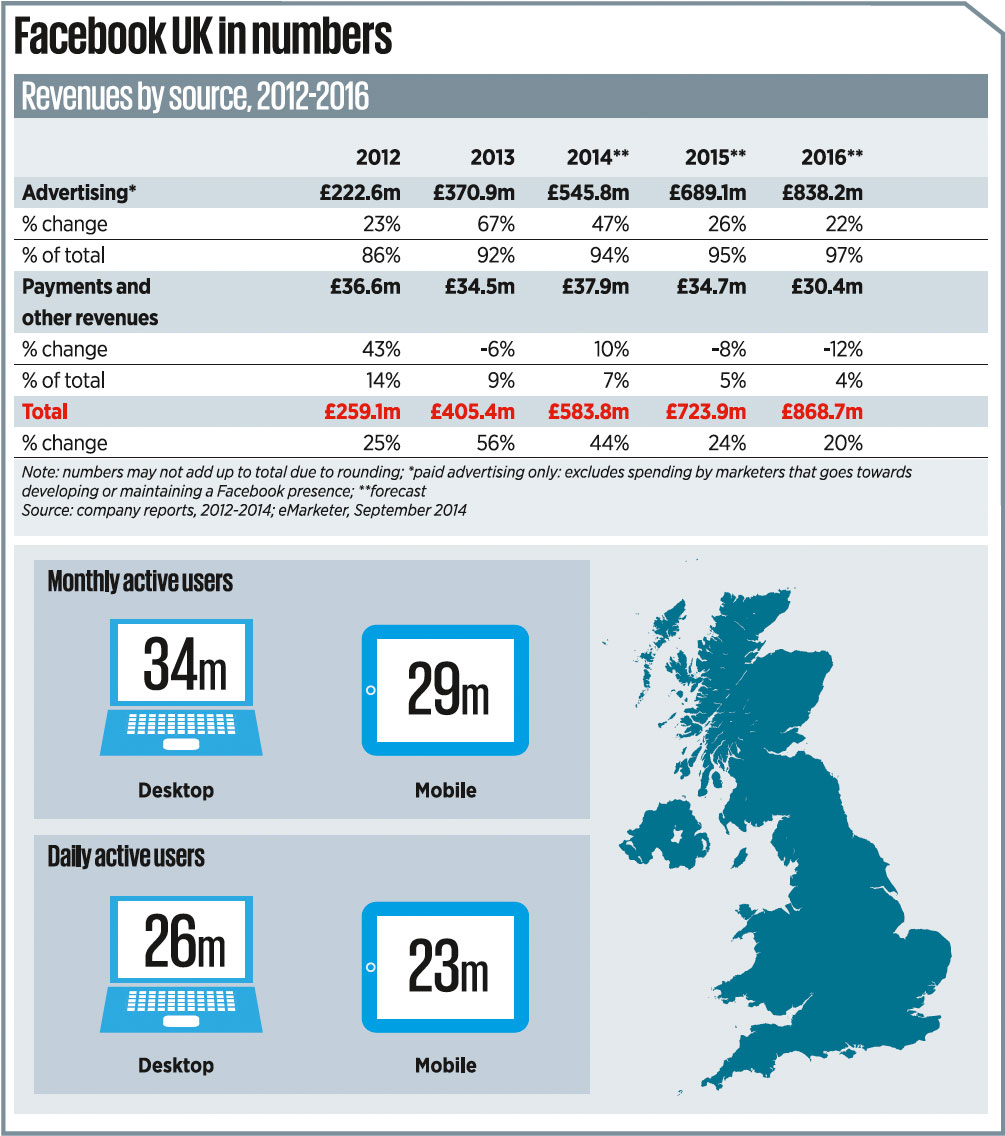 He notes Facebook UK has 26 million daily users, adding: "Frankly, if you want to compare our ability to measure effectiveness at an individual user level versus Barb’s ability at a sample size of 25,000, I’d be more than happy."

As a media planner and trained psychotherapist, it’s not a big stretch to suggest that attempts to better understand human behaviour have always underpinned Hatch’s career. Since joining the world’s biggest social network, freed from agency demands, pitches and the day-to-day management of 450 people, he admits to a reawakening of sorts.

"For the first time in 15 years, I have had the chance to look at what’s happening in the media and marketing space and look ahead without being so consumed by the day-to-day," Hatch says.

"For a business that is fundamentally about driving the future and what the future connections look like, you can’t do that without understanding where it’s at now. The focus is on people, not devices, and how behaviours are changing."

He is helped by this week’s launch of Facebook IQ, an insights practice designed to provide marketers with a better understanding of attitudes and behaviours both online and off. The first work of Facebook IQ is the qualitative and quantitative study "Coming Of Age On Screens", conducted by the culture specialist Crowd DNA.

Its new insights are sure to provide further grist to the mill in Hatch’s new battle for hearts and minds. Going forward, he calls agencies "absolutely vital" to Facebook’s plans around video. He claims one of the first things he did was to adjust the company’s structure to put more headcount against agencies.

"It’s about making sure we’re doing this in the right way that works. We’re in this for the long term."

Early reaction suggests headway is being made. One agency leader says: "Steve is extremely agency- and client-friendly and has been hired for a reason. He’s making a big play against YouTube and appears to be taking care to bring the agencies with him." 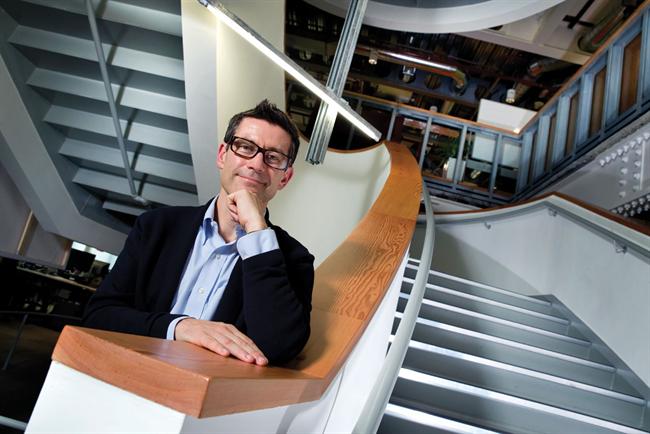