Advertising agencies might not be shackled to Soho any more but, for some, the thought of moving outside London is still akin to being put out to pasture. Campaign asked some adlanders who left the capital how they fared. 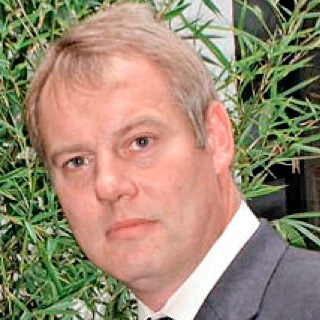 Varley began his career at Saatchi & Saatchi in 1982 and moved to WCRS in 1995. He spent the majority of the 90s at Carat and Omnicom, and later joined Walker Media. In 2006, he moved to take up the role of planning director at MediaVest Manchester.

I chose to leave London because of serendipity. I had reached a stage in my career where I required a fresh challenge to inspire me again and, out of the blue, MediaVest Manchester came to me and presented me with an opportunity that was impossible to turn down. Simple as that.

Working in London tends to be all-consuming and, consequently, attaining a sensible work/life balance is tough. It is easier to achieve that?in somewhere such as Manchester without compromising your professional standing. OK, there’s more rain, but nothing is perfect!

What do I miss about working in London? People who know me will expect me to say "the restaurants", but the fact is that client and industry commitments result in my spending as much as 50 per cent of my working week in London, so I don’t get much chance to miss anything about the place. Plus, Manchester restaurants are pretty good too.

Twenty years ago, the move would have been career-damaging. Ten years ago, it could have been. But, now, it’s not even a consideration. Apart from anything else, I am enjoying what I do and you can’t put a price on that.

Being physically removed from London, I probably work harder at maintaining contacts there and so my profile is largely unaffected.

Arguably, the agency I moved to was better. When Aegis acquired MediaVest Manchester in 2011 and we became Carat, it quickly nominated our agency as the model for other Carat businesses to emulate. It’s fair to say that we run a business that specialises in media and advertising as opposed to a media and advertising business. 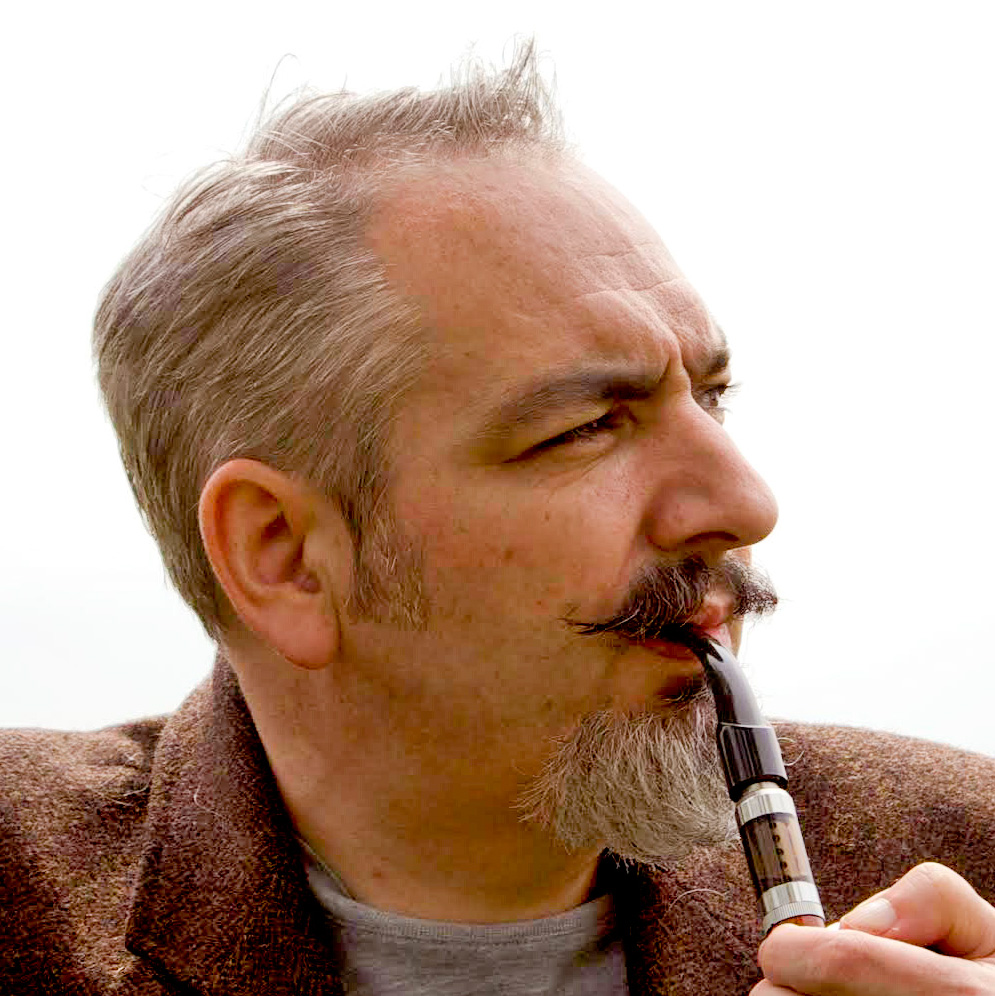 When my dad died, my mum was diagnosed with Alzheimer’s, so I was spending every weekend, and often nights in the week, up in Rugby looking after her. I was the creative director of Purity in London at the time and something had to give – so we moved to the country to look after Mum, raise pigs, sheep and chickens, and live the good life.

The end of long commutes is a standout of working outside London, and the ease of getting to places generally. Driving through the countryside to a client meeting is beautiful. Just taking the dog for a walk over the fields – all the stress just fades away.

I do miss the good friends I met while working in London – I don’t get to see them as often as I would like. And other things such as shows, restaurants etc are more tricky to see, but we have a lot of that to hand nearby in Birmingham and other Midland towns.

The move has been anything but damaging to my career. Advertising is a fantastic place to learn analytical problem-solving; so, once you get that, you can pretty much turn your hand to anything. My wife and I have been offered jobs to run a number of our clients’ businesses.

When we moved, the last thing I was thinking of doing was starting/working in an agency again. I didn’t miss 24-year-old clients telling me how to art direct a shot etc. But raising animals and tending an allotment can only hold one’s attention for so long.

When we started Create-a-Brand, we based it on our experience in London agencies, but it soon became clear that a simpler and more flexible model was needed, so we changed and it worked.

So, yes, you do have to adapt. The majority of our clients are not as savvy as clients in London, and obviously our budgets are much smaller, so we have to be very canny – the problems are fun to solve and the work we’ve created I feel is the best I’ve done in my whole career. 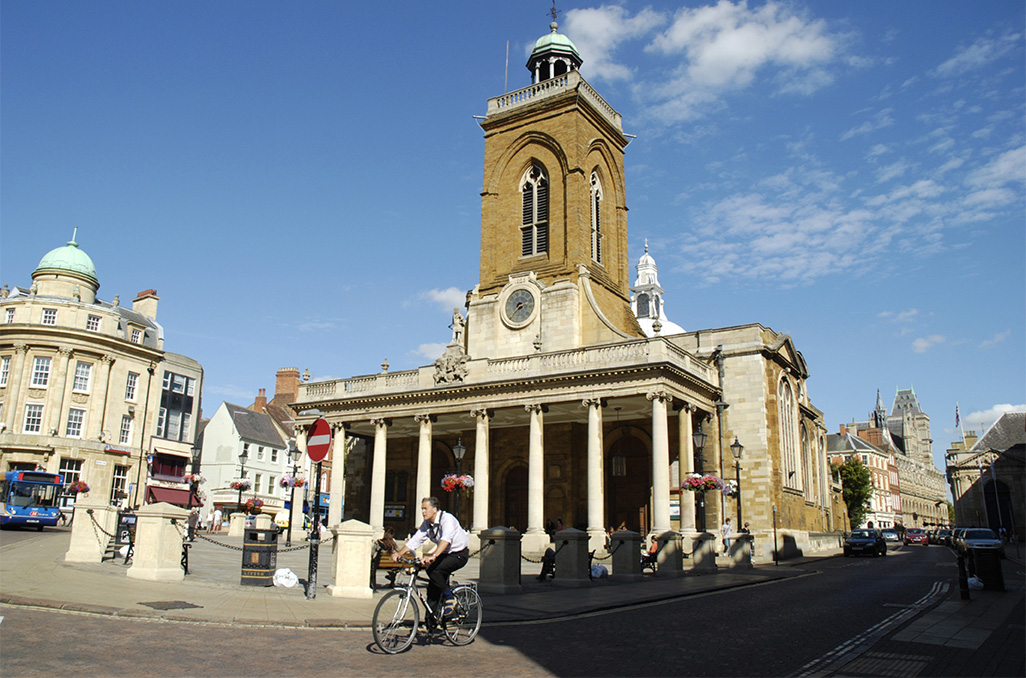 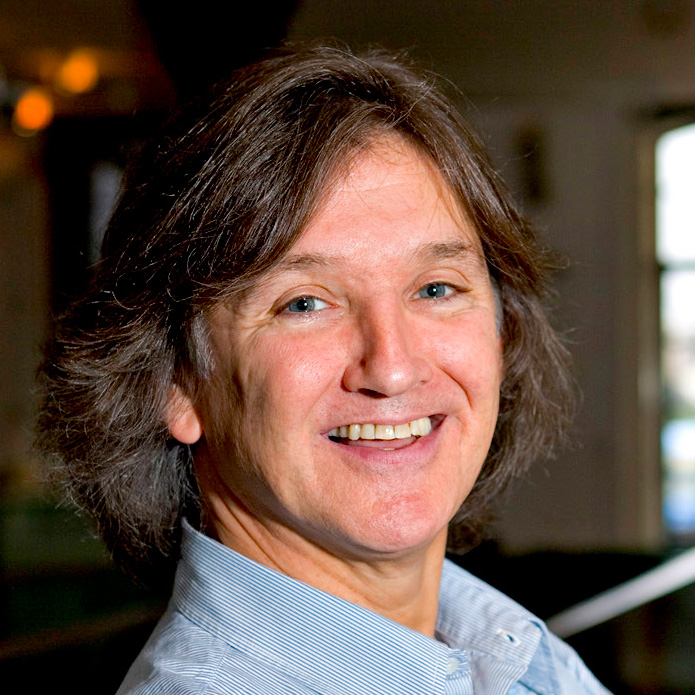 Mawhinney has worked at J Walter Thompson, Bartle Bogle Hegarty and Ogilvy & Mather, and as?the joint executive creative director at BMP, before leaving to join a small Scottish agency. He has also spent time at BJL in Manchester, but now works at WJPM near London.

The first time I left London, my family and I were homesick. I’d been at JWT for two years and I went home to teach at Belfast Art College. Thankfully, JWT coaxed me back and we settled much better.

I left six or seven agencies later to work in Edinburgh to run a small creative department, which I missed as an executive creative director. The best thing about my first escape was that we were back home, which London wasn’t then. Working in Edinburgh gave us the best neighbours we’ll ever get and Manchester was handier for Old Trafford.

Unlike anywhere else I’ve ever worked, I’ve always felt that London’s creative community didn’t care about my colour, creed or where I was from. You could really "work hard and be nice to people". And do well.

I’ve worked out of London four times and always been lucky enough to return. I was very happy to leave Scotland and come back to JWT for the fourth time.

Thankfully, we now live in a world where you can have ambition and live and work anywhere. When I was at art college, I never had a burning ambition to come to London; but, once I tasted it – like football – you want to play with the best.

For me, none of the environments I’ve worked in outside London had the freedom, energy and creative camaraderie that I first fell in love with. At BJL, I worked with some of the nicest people I’ve ever worked with and, in Edinburgh, I worked with a great, mostly non-Scottish, creative department who now work all over the world.

Some of the places I’ve worked in were rather obsessed with how London agencies worked and their processes, instead of encouraging their own creativity.

I’ve been lucky enough to work all over the world and I’m happy to now call London my creative home. 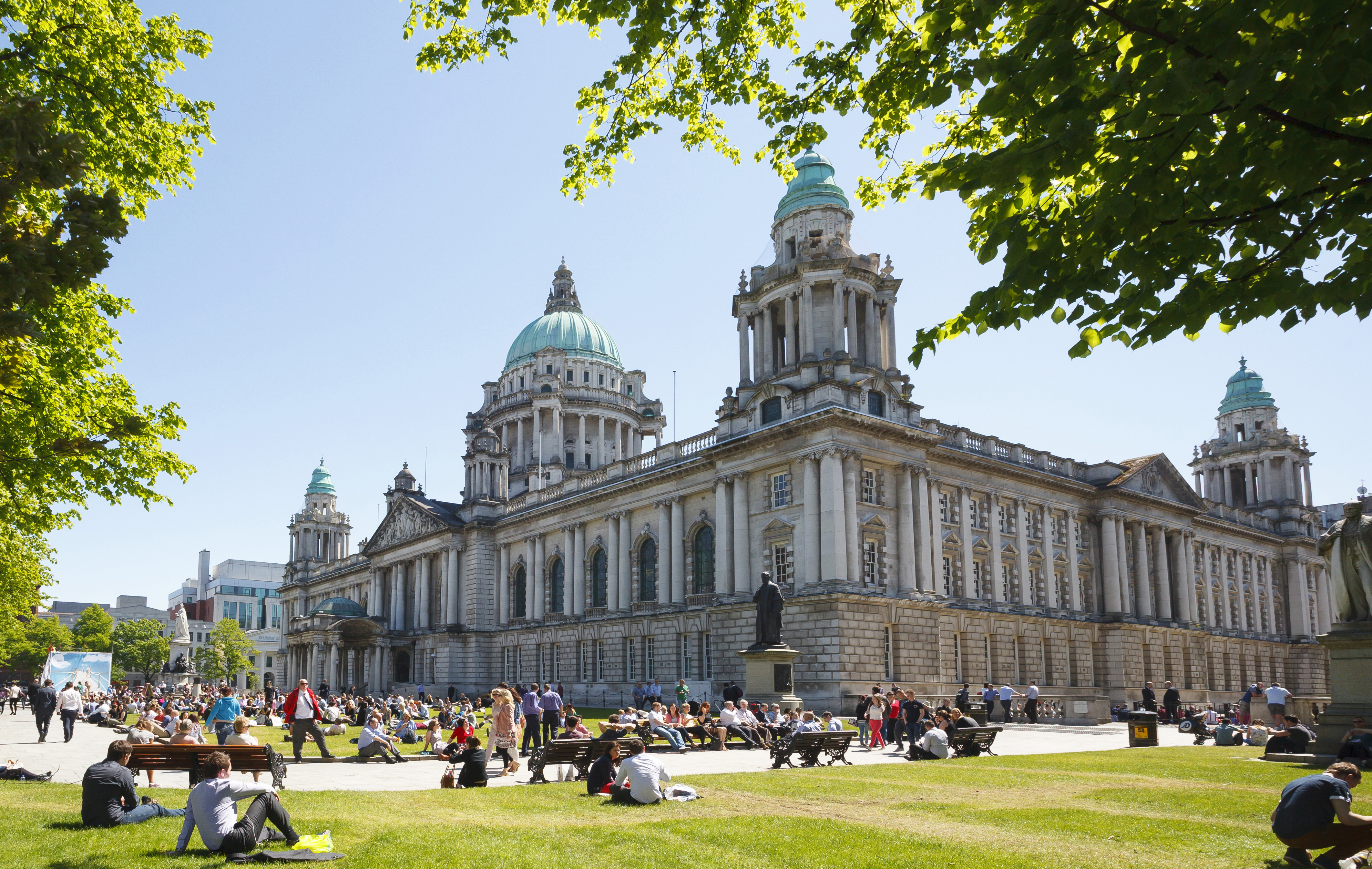 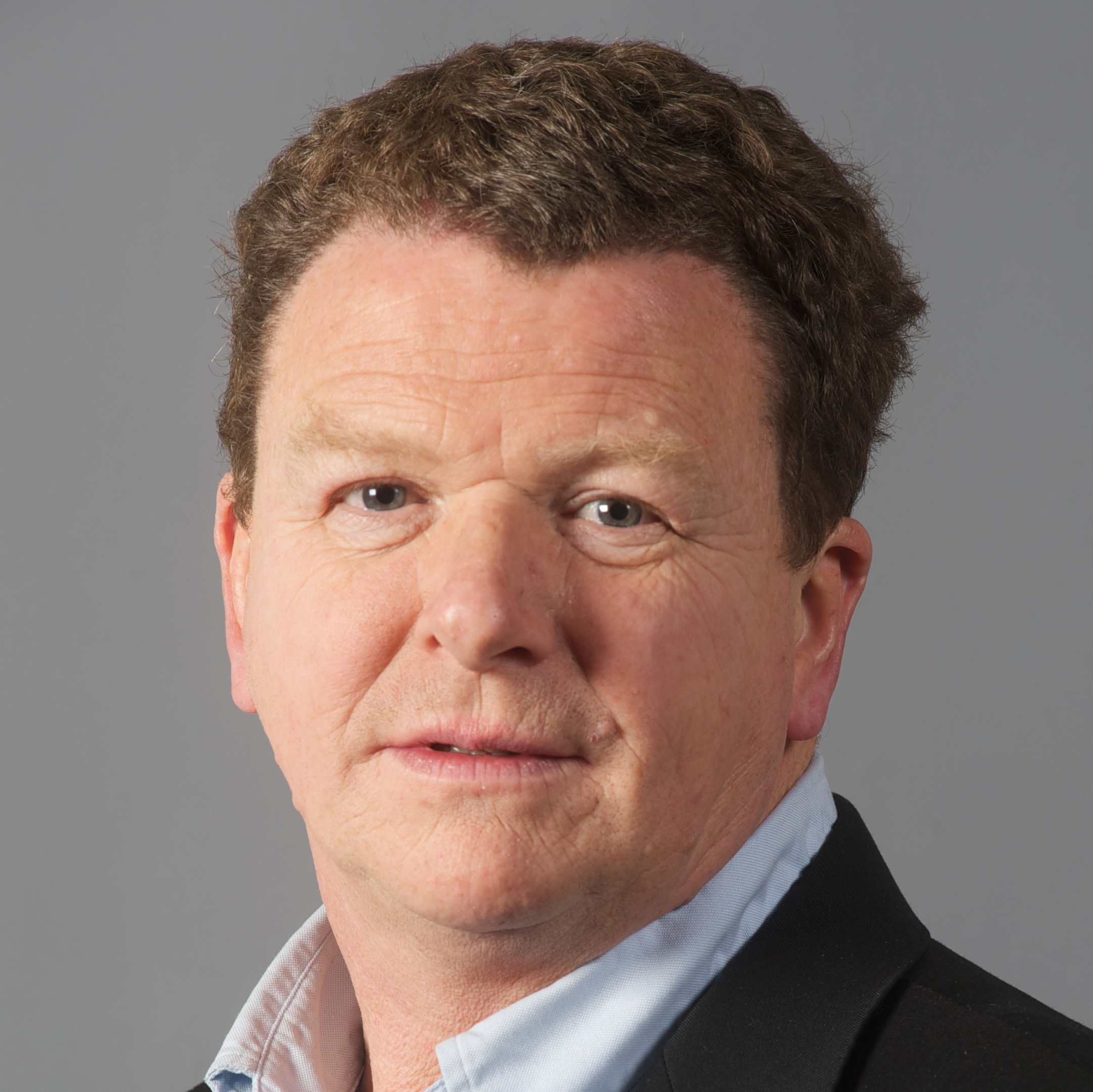 Connolly had stints at Leo Burnett and Starcom in London before moving to STV in Glasgow. He now works at the TV analytics company TV-Squared in Edinbugh.

I had a young son and thought that it would be better for him, and us all, to grow up outside of London with a wider family network around him.

London is the epicentre for all things advertising in the UK. There’s a real buzz and constant change – new companies spring up, staff come and go, constantly pitching for new business. All these things make it exciting. And I had made a lot of really good friends from the various companies that I’d worked for and dealt with.

The move could have been damaging as there are fewer opportunities to change jobs and people tend to stay in the same company and job for a lot longer than they would in London. Some companies can become stagnant, because all advertising companies need fresh blood and fresh ideas.

I think people at early stages of their career benefit more from working in London – they move jobs more often and each role adds to their experience. I happened to be very fortunate. I arrived at STV when it was going through a dramatic culture change and, when I left there after nearly four years, our then start-up, TVSquared, soon came along and offered a completely new challenge.

The focus on delivering financial targets was the same as in London, as was regular sharing of company performance against key KPIs and celebrating individual successes.

To suggest that people who work outside of London lack ambition is to suggest that the companies they work for do as well. Success depends on the ambition of senior management. Clients want to work with agencies that have talent and are trusted – if you can create that, then you’ll be successful irrespective of your postcode.

One thing that I was conscious of when working in London was the culture for staff at all levels to be seen to be working long, unsociable hours – as if they needed to demonstrate their commitment. The guys at TVSquared only do this when they really have to – when they have advertiser calls to Los Angeles or Sydney – and, thankfully, that’s only Monday to Friday at the moment. 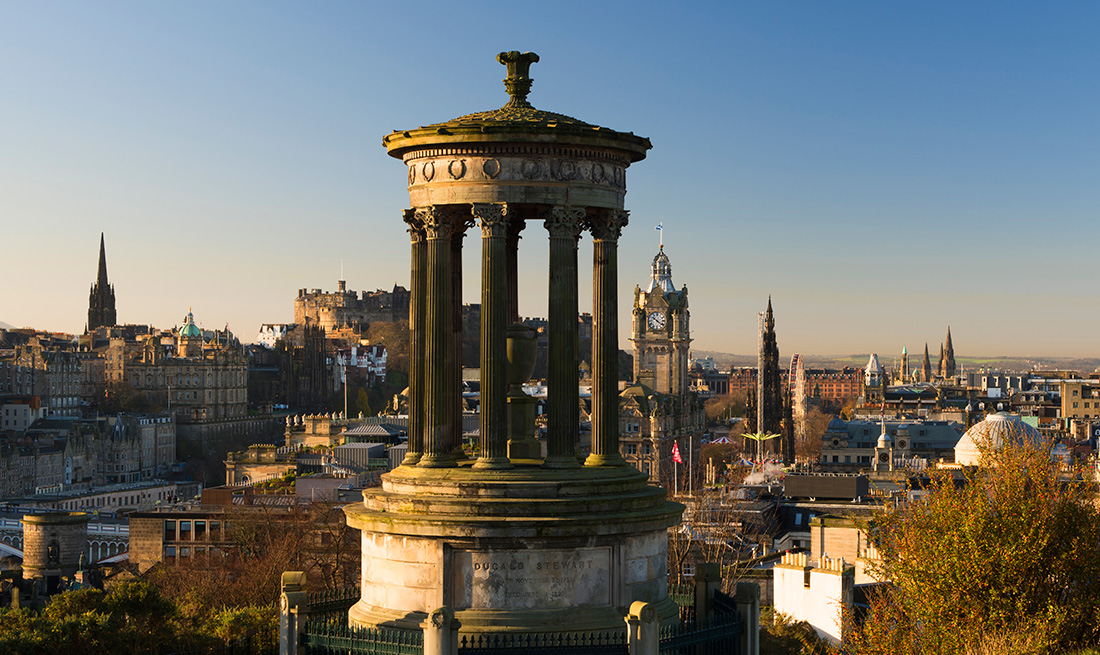 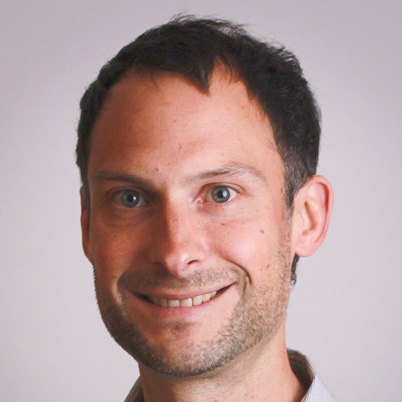 McCarron started as a graduate trainee planner at BMP DDB in 1998 and relocated to Manchester in 2002. He became the planning director at Cheethambell JWT in 2008 and is now its managing director.

The reason I left London was balance. I love the city but I also love getting out of it. I chose Manchester because I wanted a creative, cultural city that could also be a gateway to the great outdoors. I can build brands during the week and then pull on the fell shoes at the weekend.

No bullshit is the best thing about working outside of London. Management speak and marketing jargon don’t wash. The emphasis is on keeping it simple and telling it straight.

The sense of confidence that people have is what I miss about London. I worked at BMP DDB around the time it won Campaign’s Agency of the Year. Every staff member thought they were the dog’s bollocks. My staff in Manchester are just as talented as the guys I worked with in London… they just need to believe it.

The basic processes are the same as in London – however, everything happens in an accelerated way. Clients tend to be a bit smaller, have less bureaucracy and have tighter research budgets, and so they tend to make decisions more quickly. Agencies have developed to reflect this and work in a fast and instinctive way. If you love elongated process, you won’t like it. On the other hand, if you like to "just fucking do it" when the good idea arrives, then you’ll love it.

Elsom was a creative director at DLKW Lowe for almost seven years before taking a career break and then moving to Bray Leino as executive creative director, and splitting his time between Devon and Bristol. He left the agency earlier this year.

I left London after 21 years in ad agencies there, following a 12 year stint at DLKW. I had just completed an MA in creative writing in my spare time and wanted to have a go at fiction writing, so my wife, daughter and I shipped out to deepest Cornwall for a sabbatical year. At the end of the year we moved to Bath and loved it so much we didn't leave.

The best thing about working outside of London is being able to drive to work and not use the tube, but I miss Soho and its perpetual buzz.

I think the move has been the opposite of career damaging. As a result of leaving London I moved up a level from CD to a brilliant and challenging ECD role covering three offices, and now have a supercharged CV and a completely contemporary, integrated offering.

In my experience [moving away from London does not connote a lack of ambition]. Both clients and agencies seem, these days, to see a change of location and lifestyle as evidence of a creative and pioneering spirit rather than one of a lack of any ambition. Increasingly it is more than acceptable that you don't just sit behind a desk in the capital. There are so many creative hot-shops emerging outside London that to not see beyond the limits of the city would be not just remiss, but blinkered.