Fashion and homewares retailer French Connection's revival of the FCUK branding, which became a cultural phenomenon in the late 1990s, is a good decision, according to one branding expert.

FCUK was once ubiquitous, in effect sidelining the main French Connection brand in advertising, with T-shirts bearing slogans such as "Born to fcuk" and accessories such as umbrellas emblazoned "fcuk rain".

The cheeky acronym eventually fell out of favour in the mid-noughties, when it was widely deemed to be tired. The company's share price suffered accordingly. 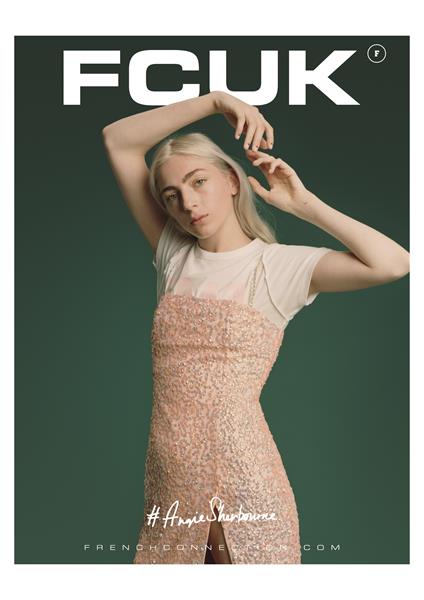 Earlier this week, however, it emerged that FCUK was being "reintroduced as a celebration of our brand heritage" in a spring/summer campaign paying homage to the nineties, according to French Connection chief executive Stephen Marks.

Ads feature the FCUK logo prominently and T-shirts will be on offer bearing new slogans such as "fcuk your selfie" and "chill the fcuk out".

The FCUK revival is to be "wished well", according to Jim Prior, chief executive of The Partners, Lambie-Nairn and The B to D Partnership.

However, Prior observed, "The world is full of mainstream attitude these days, so FCUK won’t have the same impact that it did 20-odd years ago. I wish it well, though – better to try that than languish in the doldrums of the French Connection main brand."

The return of FCUK has been greeted with nostalgic enthusiasm by Marie Claire and Cosmopolitan, although many Guardian commenters have knocked it.

"Back in the day, my Floppy Chap Until Kissed T-shirt always enticed the ladies. Nowadays, less so," wrote one.

The goldmine was unearthed around 1996 by Trevor Beattie, then creative director of French Connection’s ad agency, GGT, who spotted that the retailer’s HQ referred to itself as FCUK in faxes to its Hong Kong office.

French Connection founder and chief executive Stephen Marks, in a 2001 interview with Marketing, said he had to think about the idea for "about two seconds".

The idea was extended over several campaigns, many incurring the wrath of the ASA, and the FCUK branding went on to be applied to spin-off ranges of cosmetics, sunglasses, watches, fragrances and even condoms.