Being in your very own posse is a lot of fun - but also great for business, says Ogilvy & Mather's Kevin Chesters.

I’ve been thinking (and talking) a lot about gangs recently here at Ogilvy & Mather.

It’s brilliant to be in a gang. Remember just how ace it felt when you were a kid? All the best agencies I’ve ever worked for – or with when I was a client – felt like one. From the Hells Angels to the Disney Club, from roller derby girls to the Jets and Sharks. Being in a gang gives you a sense of purpose and an infectious confidence, and is generally a whole heap of fun. 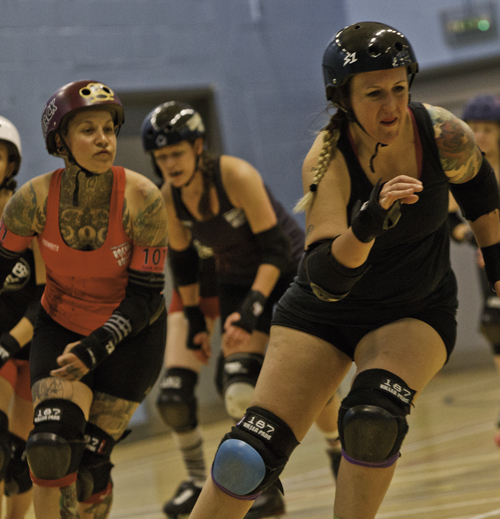 I think agencies can learn a lot from what makes gangs successful because the most successful agencies all act like them.

In a gang, you stand together, you struggle together, you win together, sometimes you lose together – but, most importantly, you have a strong sense of who you are, what you believe in and the values you share. The best ones don’t compel people to join and they aren’t full of people who are half-engaged (or "staffed" with those slightly ambivalent to the success of the whole). And if you’re in, you’re all in. And in the great diversity debate, the best gangs don’t discriminate based on age, sex or race. If you want in and you share the values, you’re in. It’s a great feeling to be on the inside and, conversely, it is pretty miserable when they won’t let you in.

I’ve been lucky in my career to be part of agencies with a strong sense of who they are and what they believe in. And I think this is what makes great agencies so attractive in a business context, and any agency can achieve the feeling with a little bit of work.

There has been a lot written about the science behind gang culture and what makes gangs successful (perhaps "effective" is a better word). Governments on both sides of the pond and academic experts in criminology and sociology have been studying it. I think it boils down to ten key characteristics.

CODE: Get a shared set of values and buy into them. Believe in them and you live by them, every day. No good if they’re just some bullshit from management to stick on a stress ball. The best gangs live by their code and discipline those who don’t live up to it.

AIM: Have a mission and make sure everyone knows what it is (and what they can personally do to help achieve it). Gangs normally have a simple and (reasonably) achievable aim. Know where you’re going and don’t stop until you get there. Google started in a garage.

LOYALTY: All the best gangs are loyal to one another because they love and trust one another. They take time over who they admit and have a set of expectations for those they allow inside the tent. Not everyone gets in. Good. Take your time picking the gang.

ENEMY: It always helps to have a focus. Who don’t you like and who don’t you want to be like? Who is currently occupying your rightful turf? Got it? Shift them, together.

SYMBOL(S): It’s not a boring corporate ID thing. All the best gangs have a set of powerful symbols that help them identify themselves to each other (and others). Display with pride.

PLACE: It could be a tree stump or the back of the bike sheds. But gangs have a place where they feel safe and where they identify with their code and kin. It’s not just your office, it’s your home. Be proud of it.

FEAR: OK, this might make some feel uncomfortable. But what’s great about gangs is that they instil fear in their opponents. People worry when they hear they are coming. People tremble a bit when they know they have to face them. Could you say the same about your agency?

DAMAGE: Gangs are feared because people know they have been. For agencies, this means the impact that your creative work leaves on culture and on category norms. For people to take notice, they have to notice you first. Gangs always leave a mark.

SWAGGER: A gang walks with a bit of swag. They know how good they are, they know how strong they are and they also know that they can’t lose.

So what happens when you put all those things together for your agency? You walk a little taller, you act a little braver, you speak with more authority and, because of that, you tend to "win" more than you "lose". It makes you one thing: UNDENIABLE.

This is why agencies are at their best when they are pitching: a hothouse environment tends to forge closer bonds between smaller groups of team members and create gang-like conditions. But if all that sounds a little bit serious, let’s not forget what I said earlier about a really key characteristic of being in a gang. It’s a load of fun!

O&M London has a new gang in town

How passion projects could make your agency famous