In my eyes, the above is the one and only time you’re allowed to shout that you’re different.

Back in 1989, First Direct really was different. No branches, but 24-hour customer access for those of us who didn’t have time (or couldn’t be arsed) to nip to the high street. The bank launched with two ads that ran concurrently on ITV and Channel 4. The first showed the negatives of normal banking, the second the positives of banking with First Direct.

It was clever, groundbreaking and had something to say. But it never shouted it was different. Its offering was. And its creative work was.

As this new campaign broke, a spokesperson said: "In many ways it’s typical First Direct: very quirky, irreverent and dialling back up what we stood for 23 years ago." Believe me – it’s not.

There’s a lizard, called Little Frill. He has a DJ tarsier housemate. He’s ordered a pizza, chased the delivery bloke down the road and called him "dough ball". There’s no killer insight. There’s this: "Why can’t my takeaway be more like First Direct? They’ve got award-winning service."

The endline is ‘The unexpected bank’. Fair play, it is unexpected, in that it must have researched well.

That this ad has more than 200,000 views on YouTube. That there’s even been budget set aside for ‘the making of’. (I wonder how many of those ‘fans’ have switched to First Direct. That’s if they’re old enough to have an account.)

Financial advertising is hard. There’s so much you can’t say. But why not just be honest? If you are unexpected, tell us why. If not, find something you can say.

First Direct talks about who it is, or was, on its website: ‘We predicted the future.’ It did. It launched PC banking in 1997, was text-messaging customers in 1999, and internet banking in 2000. But it’s been 14 years since it’s done anything new. If there’s something in the pipeline, tell us about it.

First Direct was a pioneer, but that spirit appears to be gone. What’s left is an obvious attempt to attract a younger audience with something ‘wacky’. Yawn. This is a classic demonstration of trying to get the creative work to do all the hard work. In this case, having creative unlike any other banking campaign out there isn’t enough. 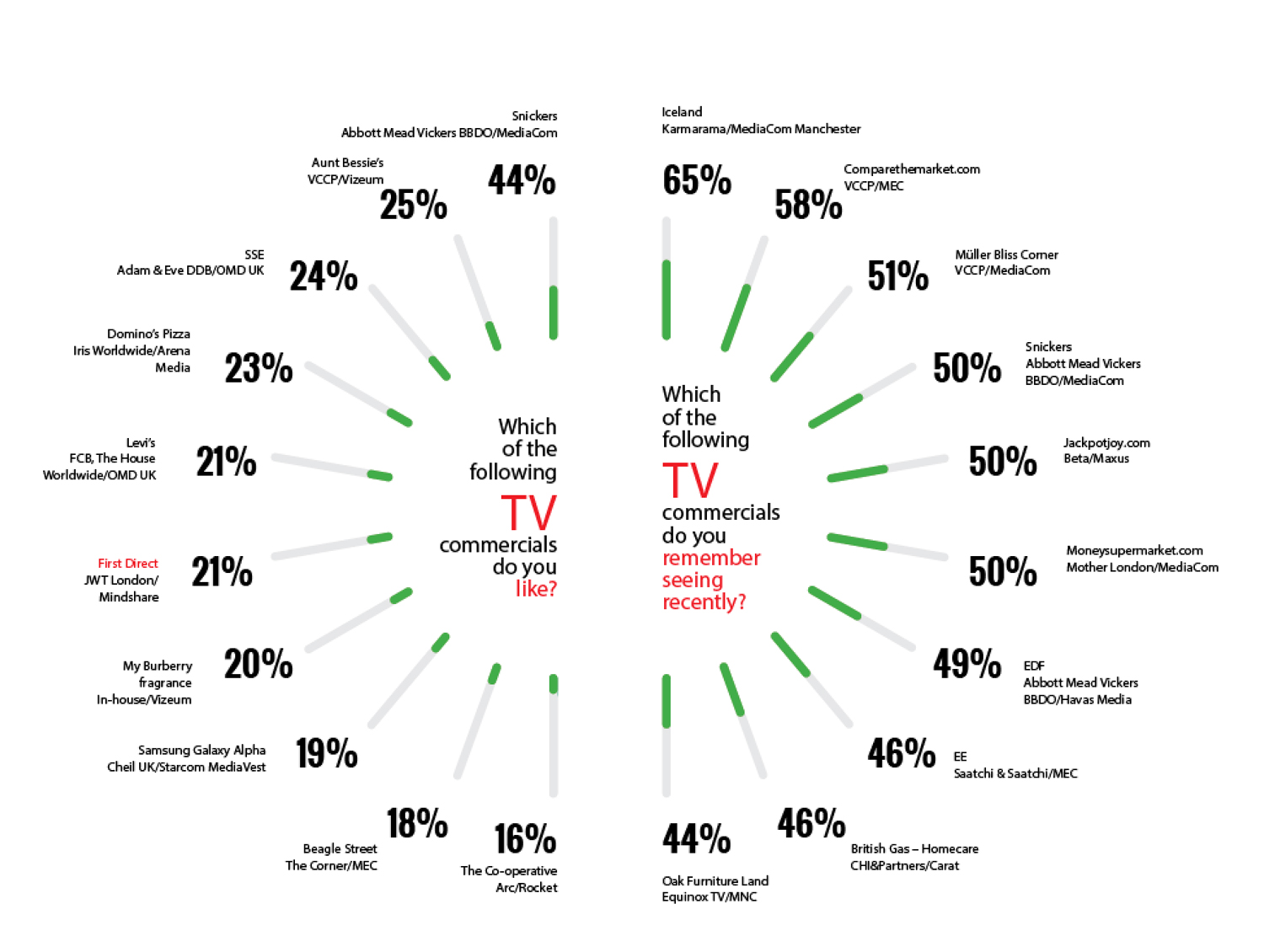 'With thanks to TNS and Ebiquity'.

First Direct uses cups to show how easy it is to save, in #SavingCup Twitter push

Barclays gets technical with launch of video banking service

Top 10 ads of the week: Iceland returns to the top spot with ad starring Peter Andre