The photo booth played an important part in brands' experiential activity throughout 2015, with the likes of Gocompare.com, Moonpig and Virgin Media opting to utilise the technology.

Shoppers in Portsmouth, Sutton, Torquay and Camberley were treated to Cinderella-themed experiences courtesy of Fantasy Imaging in March and April, to celebrate the launch of the Disney film.

The photo booth activity offered consumers the chance to step inside Cinderella’s carriage, as well as try on her iconic glass slipper on a red carpet, alongside Prince Charming. The company used wireless cameras, pop-up photo studio lighting, green screens and photographic backdrops to create the experience. Over 2,000 images were handed out to participants, which could also be shared online.

GoCompare.com’s activation at The Ideal Home Show at Christmas included a free festive photo booth, where visitors could snap a selfie with the Gio Compare, the brand’s opera singing mascot played by tenor Wynne Evans.

Fans could upload their images to social media channels, and they were invited to create their own unique Gif by stitching four images together. The activation popped up at both the Manchester and London shows, both of which took place in November. 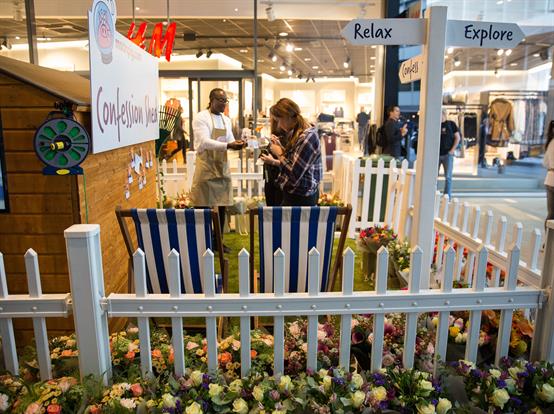 Online gift and card service Moonpig unveiled a flower garden in London and Kent in October, complete with a 'confession shed' where consumers could pen a message on their own print-out photo. The unique messages of apology, thanks and ‘I love you’ were then pinned onto a confession wall, with the best entries receiving a free flower delivery.

The stunt, designed alongside agency House of Experience, sought to showcase the brand’s range of floral bouquets and products.

Virgin Media delivered a unique take on the photo booth activation within its Louder Lounge experience at V Festival in August. VIP ticket-holders were invited to enter a white room (only once they had signed a waiver), at which point they were instructed to take a seat in front of a G-Force 270mph wind machine.

Once participants were comfortable and prepared, a burst of air was blown out of the machine, resulting in interesting and unusual facial expressions. A camera snapped images of the experience, enabling people to take individual photographs home as a memento. 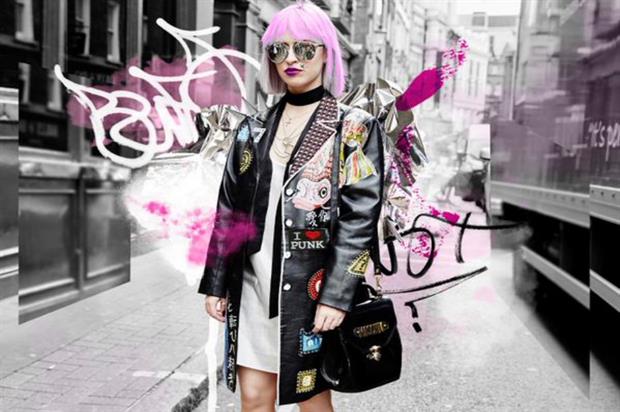 While not exactly a photo booth experience, Sunglass Hut's #PunkItUp activation operated on a similar premise, by utilising a video booth. The activation saw members of the public star in their own fashion video within customised booths during September's London Fashion Week and London Fashion Weekend events.

The headline sponsor invited fashionistas to peruse its new punk avant-garde styles, which they could then wear in their own video, complete with punk-inspired imagery such as graffiti. The customised video experiences could then be shared on social media.

More: Documenting the selfie: why brands opt to include it in their activations

Tyrrells Crisps launches 'Life's A Shindig' with dressing up booth