With the Goodwood Festival of Speed taking place at the end of June. Event takes a look at five car activations in the first half of 2016.

Tweet
Share
Ford treats fans to Silverstone experience
Ford gave 400 lucky guests the chance to put its cars through their paces on the Silverstone track. The two-day event, held in April and delivered by Imagination, was part of Ford's new 'Unlearn Performance' campaign, which aims to challenge preconceptions about the brand. After receiving training, attendees got behind the wheel of the Ford Focus RS and the Ford Mustang for a total of 4,000 laps around the iconic Silverstone International circuit.
Renault unleashes 70 Twingo vehicles onto the capital’s streets 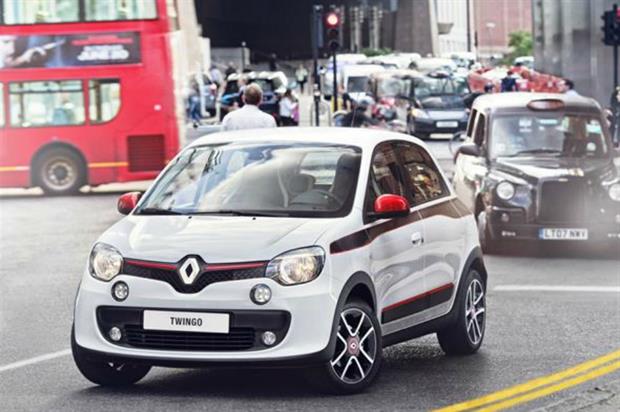 Renault toured a 70-car motorcade around London on 20-22 April, offering members of the public the chance to take a drive in one of its Twingo cars. In partnership with Hertz, the vehicles made their way around the city, stopping off at key locations such as the Hertz Marble Arch Branch, Westfield White City, Westfield Stratford, Excel London and Battersea Park. Individuals who spotted the fleet had the option to either test-drive a Twingo or enjoy a free passenger ride in the model.
Fiat's pop-up granita bar
Fiat opened a pop-up granita bar in London’s Old Street Station to celebrate the launch of its new Fiat 500 model. It served the frozen desserts in a variety of colourful flavours, including cranberry, sour apple, pomegranate, juicy lemon, blackberry and blueberry, to highlight the new colours of the car range. In order for consumers to receive their free iced treat, they needed to take a picture of their chosen flavour from the menu and share it on social media.
Aston Martin raises racing car onto London building 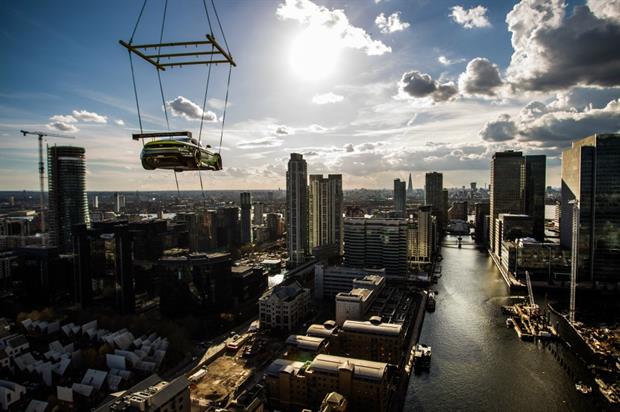 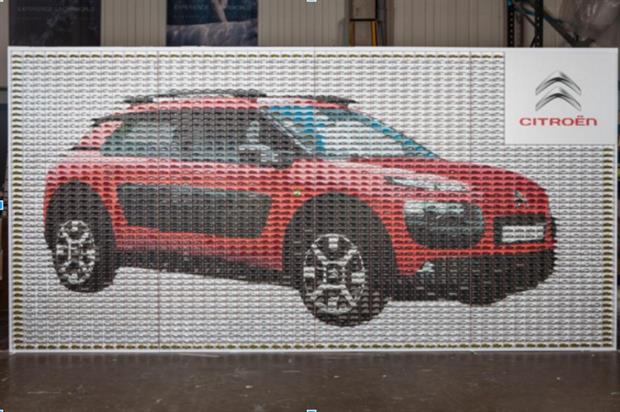 Citroën created a unique billboard mosaic made from almost 3,000 toy models of its range. The installation, which measured 2.5 metres by five metres, depicted the auto brand’s C4 Cactus car. It was on display at the Birmingham Bull Ring shopping centre from 19-21 February. Visitors to the installation were able to pick up one of the toy cars that comprised the mosaic for free.
Comment below to let us know what you think.