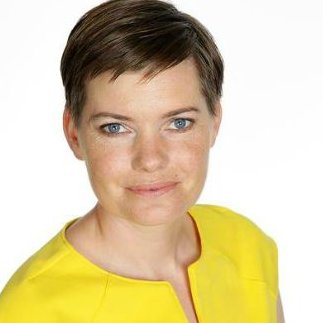 I’ve been privileged to have a front row seat at the labour leader election, and what a fascinating view it’s been.

Political commentators have used the landslide victory of a man most of us wouldn’t have recognised - let alone name - six months ago as confirmation of a momentous shift to the left. But we see something different driving ‘the Phwoarbin effect’.

Through our Mouthpiece audience panel and our network of journalists up and down the country, we’re close to the views and attitudes of the modern massmarket. The old-fashioned polar battle of left vs right has little to do with Corbyn’s success.

We’ve pulled out five themes from what our audience is saying, and within there’s a number of lessons for marketers.

Most Corbyn fans would flop on Just A Minute if the topic was ‘Jeremy’s election policies’. But in many ways, that’s not what’s important to them. What they’ve bought into, what they believe in, isn’t policy, but attitude.

The most important values to the modern mass market are fairness and decency, and Corbyn exudes these in spades. Unspun, unpolished and unrehearsed, his authenticity punches above the weight of his rivals’ well-crafted strategy.

Many are criticising Corbyn’s rhetoric as being recycled from the Michael Foot era. But let’s not forget that 1980 was 35 years ago, and so for Millennials this is a fresh and exciting vision for politics that feels totally innovative and (even though from the eldest candidate standing) something new that they feel their generation can champion.

3.    Have strong principles and stick to them

From the IRA to trident, allotments to the monarchy, Corbyn has fixed and firm views that he hasn’t shied away from, no matter how unpopular they could make him. His early refusal to sing the national anthem has was a high-profile demonstration of his conviction for his beliefs, and his determination to stay true to them, making him a man of courage to be admired, whatever your own particular opinion.

Russell Brand once said Homer Simpson inspired his image, in that you could recognise him from his silhouette alone. A consistent visual identity, replayed over and over in the press and on TV, helped position Corbyn very differently to his rivals. The beige jacket with a pocket full of Bics. The badly-knotted tie. And let’s not forget the shorts/ trainer socks combo - all set him firmly apart from his rivals. It’s certainly not a look any style advisor would recommend, but its part of his charm and contributes to our feeling of him as a genuine man.

5.    Use your owned media in unconventional ways

As newly-elected leader of the opposition, there can’t be many bigger opportunities to define yourself than PMQs. As voters, journalists and the twittersphere sat back and waited for him to take on Cameron, hoping for an epic battle not seen since the glory days of Thatcher, they instead got a selection of questions submitted by members of the public. This stroke of genius put the ball firmly in Corbyn’s court as a PMQ first, and a PR coup that generated him stacks of earned media from his courageous and intuitive stance.

Both brands and politics are learning that you can’t say one thing and do another.

The creative promise of a slick advert counts for naught if it’s out of step with the reality of the experience. Likewise, ideological promises of change from a soundbite politician counts for little if all the electorate gets is more of the same, year after year.

And the more you retreat into the London bubble – whether it’s of the medialand or Westminster variety – the less in touch you are with mainstream Britain.

Love them or loathe them, conviction politicians like Farage & Corbyn connect because they offer something different, communicate with integrity and what you see is what you get.

Lessons there for all of us.

'Balls out!' shouted by my dad is my secret work weapon

In the digital age, has the concept of power changed?