Brands needn't book out experiential plots to host an activation - many just send their troops on a heavily-photographed walk around London. Here are five of this year's finest.

Last week (15 October) saw 20th Century Fox celebrate the new series of its American Horror Story brand by sending a range of creepy characters into London. Wearing a floor length white gown, The Countess guided her children around the city with a red glove.

The stunt was devised by agency Premier, the team behind Jurassic World’s impressive installation on the South Bank this week. 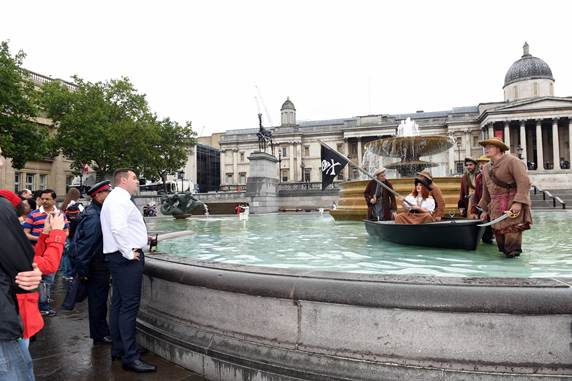 A band of pirates rampaged through the streets of London in July to celebrate the launch of TV channel History's new series, Black Sails. The pirates hijacked the fountains of Trafalgar Square, however were forced to leave as security guards foiled their efforts. The gang also took to water on the Serpentine Boating Lake in Hyde Park.

The group then headed to Hatton Garden, an area famous for its diamonds, in search of treasure. Again, the band was unfortunately told to leave immediately. 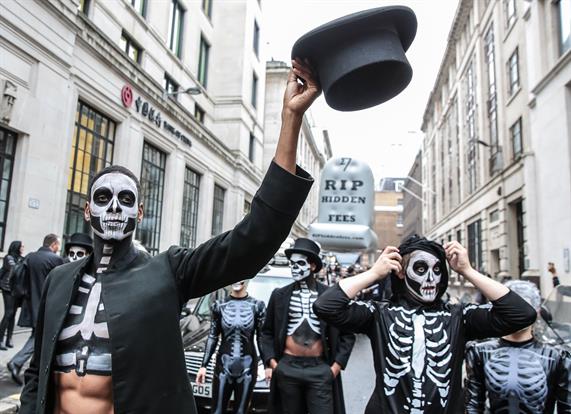 TransferWise is now famed for its eye-catching and column-generating stunts, however it arguably gained this reputation following its 2014 Halloween campaign. More than 100 'skeletons' walked through the City of London on 31 October, led by a hearse flying a blow-up tombstone that read 'RIP Hidden Fees'.

They travelled from Bank to the city's tech centre in Old Street, where the company claims it has 'laid misleading price claims to rest'. 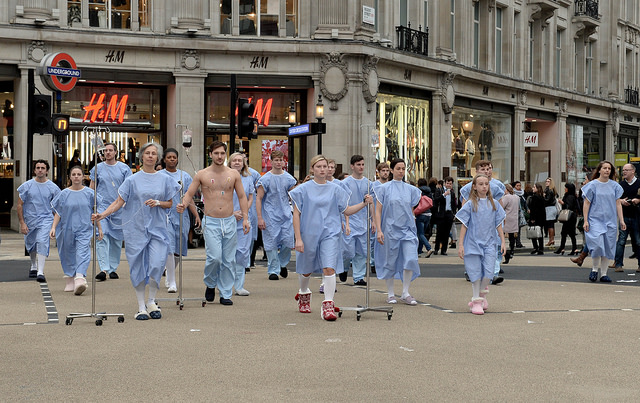 The Gift of Life from Channel 5

In another eerie campaign, Channel 5 hired a group of actors dressed as hospital patients to walk past key London locations on Tuesday (20 October). The stunt was designed to promote the launch of Channel 5's new series, The Gift of Life, which encourages people to join the Organ Donor Register.

The 'patients' were represented by a wide range of age groups dressed in hospital gowns. A camera team accompanied the actors, capturing peoples’ reactions to the stunt along the way. 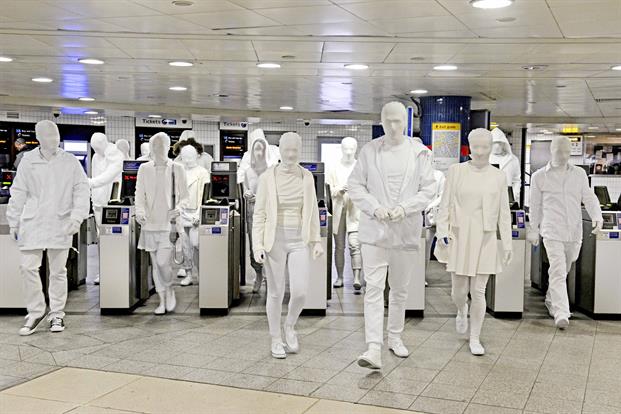 Dulux partnered with agency Mischief to stage a stunt in central London in March. A group dressed head-to-toe in white bodysuits were sent on a commute around the capital and took part in a photoshoot as they travelled on the tube and flagged down buses.

The stunt was designed to show how the UK is "sleepwalking into a colourless future", with a fifth of Brits not confident enough to use colour in any aspect of their daily lives. Dulux aimed to demonstrate how a future without colour would be lacking in emotion and expression.

More: Five brand experiences that took us back in time

Five brands that activated the toilet (and other related products)