As Volkswagen produces works of fiction, Event takes a look at five automotive brands that turned to art to communicate their brand messages.

The Jaguar Land Rover brand was no stranger to creating artworks when it launched its Rugby World Cup sculpture last month. In January the brand marked the launch of three limited edition Defender models by creating a kilometre-wide sand artwork in Anglesey.

In total, six vehicles worked together to draw a continuous 4.52km line in the sand, which was filmed and photographed seconds before the tide swept it away. The location was chosen as a tribute to the moment in 1947 when Rover engineering director, Maurice Wilks, first sketched the shape of the Land Rover in the sand. 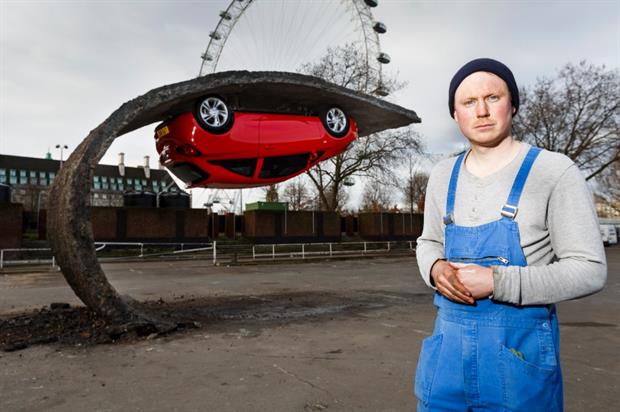 Vauxhall has held a art car boot sale for the past 11 years, however in February the brand commissioned its own piece with artist Alex Chinneck. Pick Yourself Up And Pull Yourself Together, represented a Corsa model parked 15 feet in the air on a peeling tarmac space in London’s Southbank Centre car park.

Chinneck said of his work: "This project looks to deliver an experience that can be appreciated by different people for different reasons. While I am most excited by the hidden engineering and complex manipulation of concealed steel, others will simply enjoy the accessible theatricality of the illusion at play." 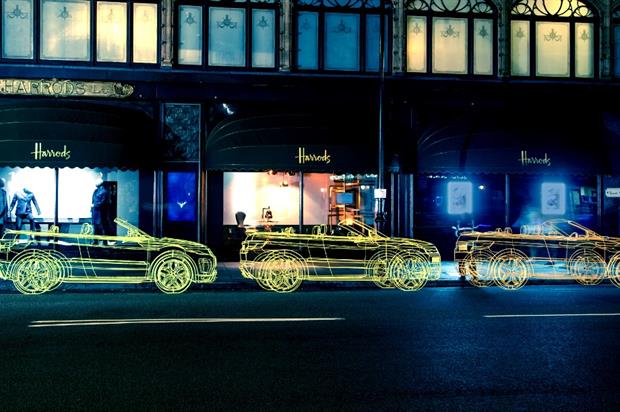 Designed to showcase the brand’s new Evoque Convertible model, the six sculptures will embark on a global tour before the car is launched officially in November. 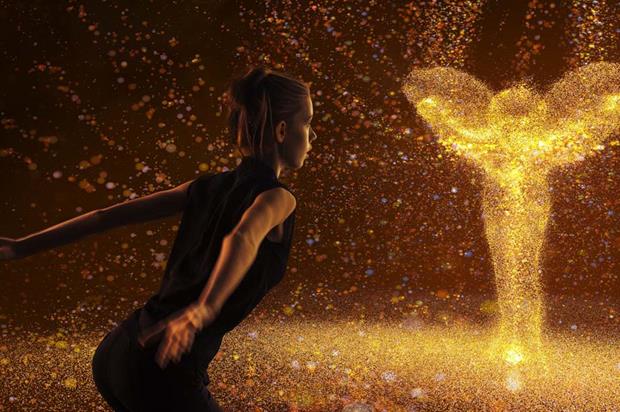 Agency Imagination selected the Saatchi Gallery to host Rolls-Royce’s multi-sensory ‘Inside…’ exhibition. The experience comprised a number of different activations, including a light-particle animation that turned the visitor into the brand’s Spirit of Ecstasy icon.

The activation was so artistic that it all became too much for Imagination’s Matthew Maxwell. He said: "It was tearful watching it in action, an emotional way of connecting with consumers." 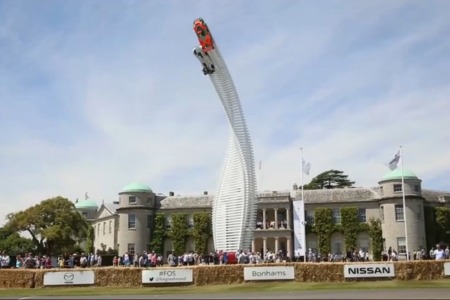 Mazda made sure it was the brand everyone remembered at this year’s Goodwood Festival of Speed, by creating a sky-scraping sculpture. It was designed by Gerry Judah, who was inspired by Mazda’s ‘current design language’, and featured a Mazda 787B and LM55 Vision Gran Turismo.

The artwork was complemented by activities at the brand’s Raise The Roof activation, which included a live stage and a fireworks display.

More: Five brands that activated the toilet (and other related products)

Five of the best racing activations