Fresh off the plane from Texas, Dan Machen, director of innovation at Closer reveals his five favourite things from this year's SXSW festival.

This year was a real ‘nexus’ moment, where we not only got to grips with ‘digitisation’ maturing, but also the additional textures of brand experience that we need to meld together to really get inspired.

There are plenty of screens and stimuli out there. The key is - how do we get people to embrace ours?

To create human brand experiences we need to add in a little friction, to really enrich it and get people to embrace it. During a great talk by Steve Selzer, experience design manager at Airbnb, he said that connecting people with actual hosts gave them a more flavourful experience, culturally – it took them somewhere and brought people together.

This is something to think about in the live experience arena – this critical sense of human connection; of taking people somewhere they want to go, or somewhere they can’t possibly go, such as outer space. 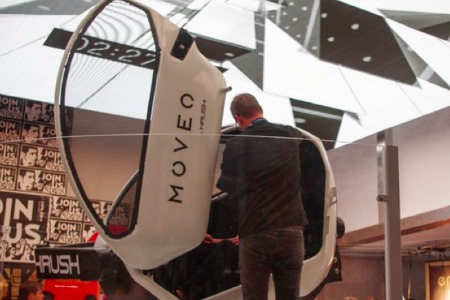 This was a great year for live experience innovation, with a major focus on VR – such as the Oculus Rift headset –  and its cousin AR – such as the Microsoft Hololens.

I heard many attendees saying that this is ‘the year of VR.’ I only partially agree. No doubt it will be huge – that’s why Facebook is going after it on such a large scale, by buying Oculus. And we are surely nearing the age of vicarious living, which has significant implications for travel and events.

However, the genuine human opportunity here is a mixture. It has to be a combination of the virtual and the real, if we are to really create human brand experiences.

One great installation at SXSW was by a company called Krush, which combined an actual spinning cockpit with a virtual space trip. While Samsung was scaling things massively, it was this vicarious experience of being rolled through space that made many people walk away grinning like five-year-olds.

3. Make it playful. Make it e-paper

A great event piece for Bud Light by Novalia really dialled up the importance of touch, texture and play.

A huge e-paper wall could be played, like participants were in a band. Again, a great audience reaction and striking innovation, but done in a real way. People couldn’t keep their hands off that wall. 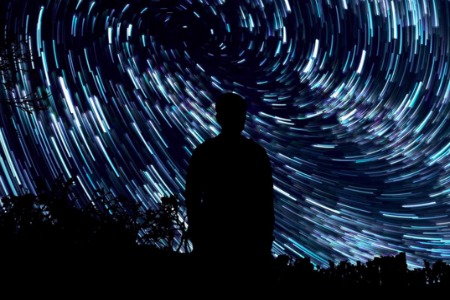 Combining analogue posters and reflective ink, Sony presented a great stand in the exhibitors hall. The tech giant used L-ink (for a surface that reflects a smartphone flash) to reveal a hidden message. People then posted their photos on social media for the chance to win prizes. Simple – and most people loved it, creating a great profile for the brand.

He showed how we can talk to the machines and vice versa; he can send his robotic avatar to speak for him if he doesn’t want to travel across the world to an event. Seriously.

And then there are the little robot forms – be they huggable, or the doll-like ‘Commun’.

All of this will change the nature of what we can do at events, with inspirational android ambassadors adding to the textural experience of attendees.

It was a partly weird and partly great, but hugely inspiring aspect of SXSW 2016. It made you feel something – even hug the experience – and that is entirely the point for the future of human brand experience.

Over the merely virtual, we literally embrace tactility.

Blog: How is creativity complementing digital and tech at MWC16?