After National Geographic's dead T. Rex caught the attention of Londoners and social media users alike this week, Event decided to look back on the industry's penchant for towing eye-catching objects around town.

Morrisons towed a giant yellow pepper around London last July to highlight its new delivery service in the capital. A Land Rover hauled the vegetable past destinations such as the Houses of Parliament, Tower Bridge and St Paul’s Cathedral.

The company interacted with customers on Twitter, giving them the chance to win a £200 Morissons.com voucher by tweeting a picture of the colossal vegetable with the hashtag #spotthepepper.

Pet-store brand Poopy Cat launched its first UK retail campaign in April with a travelling ‘poop-up store’. The brand’s founder Thomas Vles cycled a box of two cats more than 300 miles to the London launch on a traditional Dutch bicycle.

The stunt was so successful that the brand had to halt all new subscriptions for its litter tray service due to high demand. The brand released a behind the scenes video of the journey on YouTube yesterday (3 June). 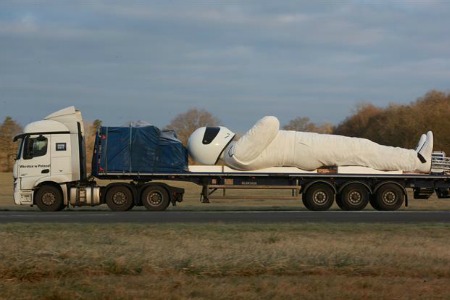 #BigStig ended his journey in Warsaw, where he was unveiled by his namesake in front of local dignitaries and Top Gear fans adjacent to the Palace of Science and Culture. 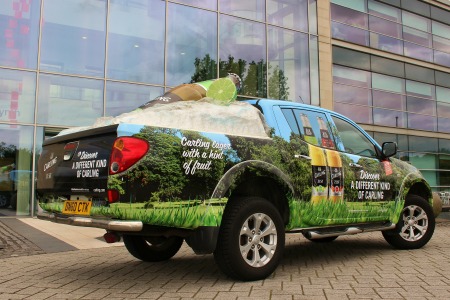 Molson Coors partnered with agency Sense last year to devise two branded Mitsubishi trucks, each of which featured a giant bottle of Carling Zest set on a bed of ice.

The trucks drove into city centres on weekdays to conduct sip sampling activities, and they dropped bottles of product at selected offices throughout the country.

Organisers of the London riverside festival Totally Thames celebrated its launch in September by towing a 21 metre giant hippo down the Thames. Created by Dutch artist Florentijn Hofman and affectionately known as HippopoThames, the semi-immersed structure travelled from its build site at the Royal Docks to its end position at Nine Elms.

The structure proved so popular that it guest-starred at St Katharine Docks' Hippomania event in October.

More: Six activations that made us do a double take

Five brands that activated the toilet (and other related products)