Fold7 creatives Dan Fryer and Gate Lambert take a look at the highs and lows of film marketing over the past 12 months, and what marketers can learn about sharing stories from the world's biggest movie franchises.

We all love a good story, and last year was no exception. Whether it's fact or fiction, informative or entertaining, rousing or slightly sickening, stories are the lifeblood of human interaction. We love telling them, we love hearing them, and if a good one crosses our path, we'll make sure to pass it on to as many people as we possibly can.

So, from Anchorman 2 to Carrie, The Hobbit to The Hunger Games, we examine what marketers can learn from the film industry in the ongoing challenge to get consumers to share a brand's gripping yarn.

The job of film marketers is to get people excited about a film that they can't really say much about in the run up to its release. It's that simple. And the marketers behind the release of Carrie hit the nail on the head.

Not only did they manage to stage a series of ‘Telekinetic coffee shop surprise’ stunts in which a teen loses her rag and apparently sends a man flying up the wall - and really freaks people out - but the making of, which included people’s reactions to the stunt, has clocked up over 51 million views on YouTube so far.

Why is this viral so important? Because it didn’t just begin to tell the story of Carrie, it got people to feel the experience of Carrie the film, and Carrie the brand. It got the public excited by extending the experience of a singular product into their world – the real world – and showed people what it would feel like to watch Carrie in the cinema. When consumers saw the YouTube video explaining the stunt, they watched it over and over, sharing it again and again.

Paramount’s execs must be beside themselves with glee at the astounding reach of its marketing campaign for Anchorman 2.

Since the announcement of the sequel (made, if you haven't watched the replay on YouTube, by Will Ferrell in character as Ron Burgundy playing the jazz flute on TMS's show CONAN), there was a steady escalation of appearances by San Diego's classiest news anchor.

Since the revelation, Ferrel appeared in full Burgundy character in no less than 70 spots advertising the Dodge Durango; helped open the Olympic curling trials in Canada for The Sports Network; interviewed Denver Broncos quarterback Peyton Manning for ESPN; co-anchored a local newscast in North Dakota, got his own brand of scotch and been all over Twitter, Tumblr, YouTube, Instagram and Facebook with various pieces of digital gems.

The hype has been so big, and the advertising spend so smart, that was is even an "Anchorman 2 Feed" tie up for the film on Buzzfeed. People loved seeing Ron pop up in places he didn’t belong, disrupting everyday life with his ridiculous sense of comic timing, and giving us a break from reality. 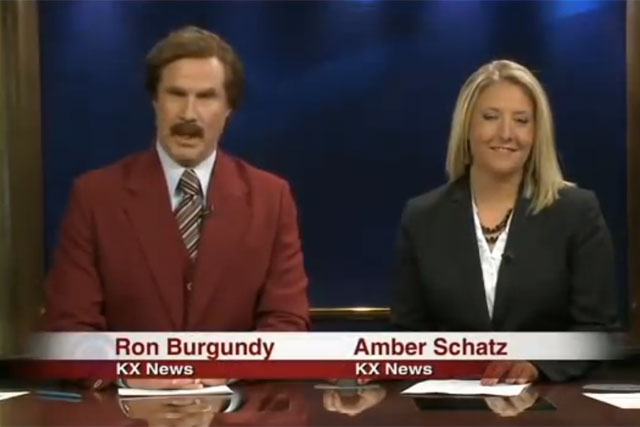 But try not to overdo it

It would be great if Cillit Bang’s Barry Scott could have the same effect, but in truth, there’s only one Ron Burgundy. The success of Anchorman 2’s marketing is down to the strength of Ron's character and Will Ferrell’s improvisation.

Had it been a Katniss Everdeen, a Bilbo Baggins or a Thor undergoing the same treatment however, it would have been damaging to the film's brands to see the characters appear outside of their own contexts, thrust into consumers' digital lives over and over again through different social media streams.

How many times have you seen FMCG brands try to shoe-horn their product characters into spaces they shouldn’t appear in? It’s got to have the strength of character to give that sort of campaign longevity.

And don’t forget about the power of fans

Fans are loyal and if treated properly, will stay with you to the bitter end, so don’t be afraid to play the long game.

And when it comes to playing the long game, it’s film series’ that have it sewn up. Both the Hobbit and Hunger Games brought out their middle films late last year, which, like a brand bringing out a new variation of the same product, is a tricky sell.

Fans however, are the key to the middle film (or the product variation). They are driven by anticipation, and they deserve to be rewarded.

Warner Bros built innovation and rewards for its Hobbit fans into its film product offering by giving away a free 3D printer blueprint of The Key of Erebor from the film to download as part of its ad campaign, letting fans simply connect to any 3D printer to make the key. 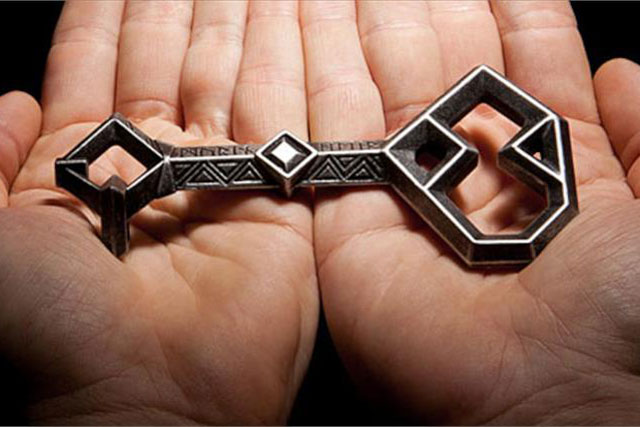 And in November, Odeon Cinemas installed a 107 square meter digital screen onto the front of its Flagship Leicester Square site. The screen shows live footage of red carpet action of the major film premieres held on the site, and the Hunger Games fans lined up in anticipation of seeing the films’ stars were the first to experience it.

Anticipation is the most wonderful feeling: it shmushes hope, excitement and optimism together into one big ball of fizz, and if it’s eked out in the right way, it really can make a campaign sing.

The Carrie stunt in the coffee shop gave an intense taster of what was to come when people would actually sit down and watch the whole film. All the Ron Burgundy clips and appearances were short and sharp, despite their quantity, making them rewatchable and leaving people wanting more – with fans sharing bits and pieces with each other while they awaited the next instalment.

Brands looking to share their stories with their audiences will surprised by how much anticipation they can build, how much excitement they can create and how rewarding their end product will be to fans... by simply sharing less in the first place.