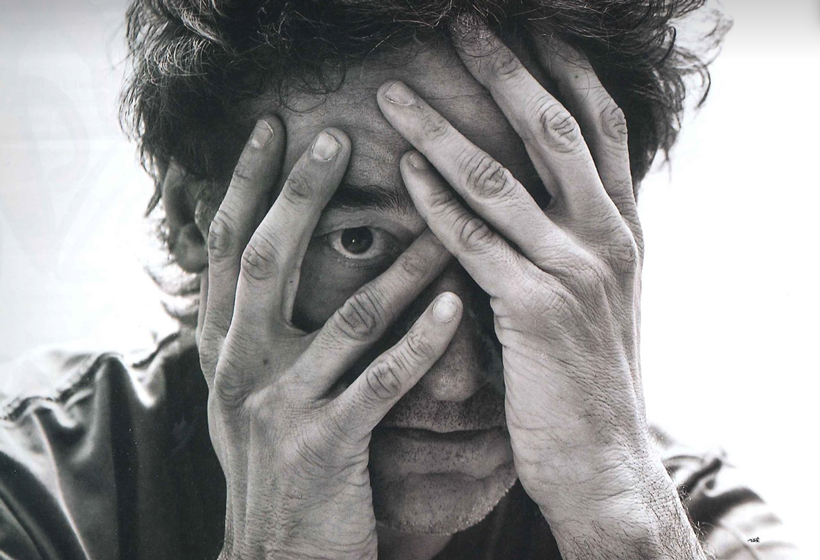 It still feels genuine.  It’s always a challenge to recreate the past, especially on a low budget project. I like the emotional feel of it, the mix of the grand story with everyday people living it through the TV medium. A lot of negative things are attached to TV, and it was a brilliant and bold idea from DDB and the executive creative director Jeremy Craigen to praise it.

What would you do differently?

A lot of the shots have little time to breathe.  That’s a young director thing – trying too hard to fit in as much as possible.  I was very eager!

The camera seems quite frenetic and it would have been a braver move to simplify the film, lingering on shots (especially on people’s faces) rather than trying to cram so much into the edit.  I was afraid that if we held on too many shots the lack of period detail would show (like I said, the budget was challenging).

We shot an extra scene that I thought was really strong.  It was an entirely native cast and location – no casting or set design or anything like that.  It was a special part of the film because it was totally honest.  The thing is, we didn’t have a permit or any of the right permissions and the police turned up, confiscated the negative and put the production team and me in jail for the night.

The most important thing is to respect your script, your story and the people you have in front of the camera. The film’s soul is down to those factors – nothing else matters.

Every filmmaker should go down his or her own path, and every path is different.  It is about passion and fight. You will rarely get exactly what you want, and that frustration will keep you coming back for more.  It will keep you hungry. 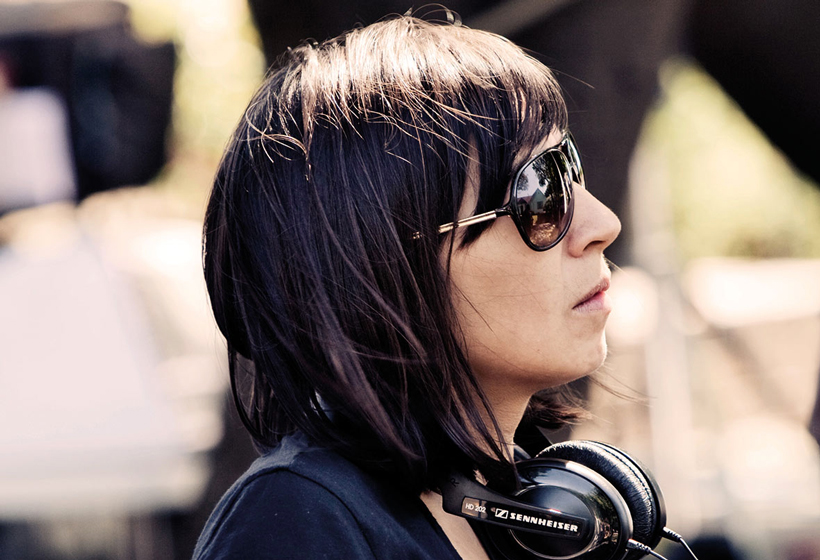 How did you get the idea for the ad?

I watched the Barclays "Big" ad with Anthony Hopkins (which was based on a scene from the film Meet Joe Black) and talked about how ridiculous it was with my mates. Then I went to BBH with my idea, and Rosie Arnold said I should do it with The Big Issue.

I like [the actor] Johnny Harris’ performance. Finding him was quite special. He went on to star in a heap of good films such as London to Brighton.

I remember the spirit of the day and I miss that sometimes. We were all quite naïve and young and just trying to make something. We didn’t have any permits and had to be under the radar. One of the most memorable moments was shooting a shot where we weren’t supposed to be and the police were coming. The pressure of getting the shot before you get kicked off was part of that guerrilla filmmaking. But I didn’t know any different at that point.

There’s a fine line between stretching yourself and not being ambitious enough. I almost took on too much in one day with what we tried to achieve, but I think it was just the right side of stretching yourself. At the same time, if you don’t push yourself you never see where your limit is.

I went to film school, I always loved cinema from when I was a kid and wanted to be a director. I had never thought about advertising but it was a great way to get into film. It’s perfect when you’re young because you can get your head around 30 seconds or 60 seconds, and it doesn’t feel like such a beast or mountain to climb. It seemed more possible.

For a long time I was just seen as a female director, so it was difficult for me to get the kind of scripts I wanted. I don’t think I would have been sent that kind of script [for The Big Issue] – it’s quite edgy. When you start you have to make your own opportunities. If you sit there and wait to be sent the perfect script it might not happen. But if you can create something that says something about you, which people can see, then that can lead to something that you want to be sent.

There’s so much content and all these beautiful-looking films and amazing platforms that didn’t exist before, but try to say something. Try to have some meaning.

Work out what you have at your disposal that you can make something out of. This is what you have when you’re young – you’ve got friends who are talented, so you’re all going to help each other. Everything about my first shoot was just people muddling together trying to make something.

Work within the confines of your own limitations and try to make that a positive.

Commercial directors are spoiled later on in life and get given more, but that doesn’t necessarily make something better. If you create some kind of framework that you have to exist within, something beautiful can come out of that.

Sara Dunlop, one of Campaign’s top ten directors in 2016, has directed ads for brands including UBS, Barnardo’s, Levi’s, Transport for London and Burberry. 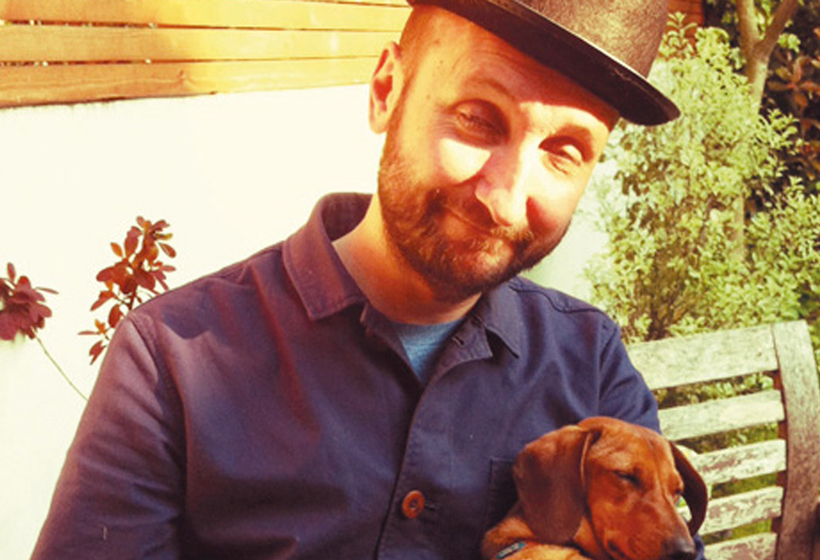 What do you like and dislike about your first ad?

It’s actually not as bad as I thought. The idea is solid, and the post is pretty strong for the year. The performances are a little off – no fault of the actors. I suspect they were really good. When he stubs out the fag there are too many butts in the ashtray. The first shot is a dud.

I’d probably do it all differently! I’d spend more time blocking and simplifying. It’s too convoluted and fussy.

To tell more in fewer shots. One good shot is worth more in the cut than three okay ones.

Here are some things I wish someone had told me early on:

As you work through a project learn the names of your crew – right down to the runners. It’s a simple mark of respect for people who are working tirelessly for you. Appreciate them. Give them a reason to get up the next day and do it for you again.

Loosen your thinking. Filmmaking at any level will throw up all sorts of problems: logistical, financial and practical. The solutions are always creative. There is no corner you can’t think yourself out of creatively.

Be honest about what you know and what you don’t know. Don’t bluff or pretend you have an answer when you don’t.

Don’t fall off your set in Mexico City, and spend your pre-light in the hospital.

Ask questions and listen. It doesn’t always feel this way, but everything you need to know to get through a shoot is within shouting distance. Or speaking distance with a good 1st AD.

Remember it’s not your baby; you’re just raising it. You have to give it back.

Sit whenever possible. I think this one is Hitchcock’s.

Enjoy it. It should be fun.

Sam Brown was listed as one of Campaign’s top ten directors in 2016 and has directed ads for Apple, Waitrose, Lloyds Bank and Mars. 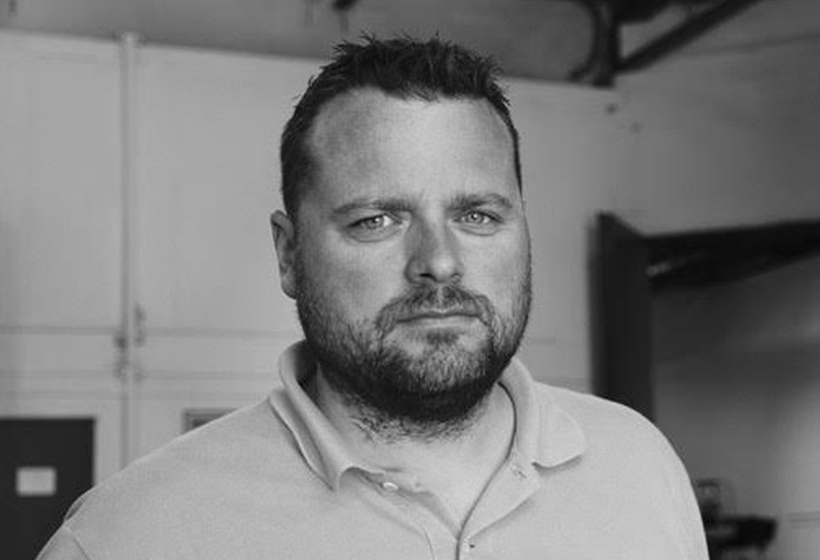 Arguably your hardest job to win is your first, so I like it for setting me on the journey I’ve enjoyed over the last 13 years and being the first step on my career ladder.

I think it only ran for five days and was shot on a 16mm for £25,000.  To that end it’s a fair enough film. You can always look back and think about the parts you might change, but at that time it felt right.

What would you do differently?

It wasn’t the most complicated of films, with one angle. It was all about getting the variety of weather conditions to tell the story. I like the rhythm and pace, but I’d frame it tighter and on a three-quarter angle, which means that being closer you would see more of the weather effects and indeed the performances.

I’d push for the wardrobe to feel a bit more authentic. I don’t know if the gag about the bloke (in second row) taking a different girlfriend each week landed; it might have been superfluous. It’s also an unnecessary sexist stereotype that girls are not interested in football, so I’d ditch that.

What did you learn on the shoot?

I remember discovering that shoot time goes roughly two-and-a-half times quicker than real-time. Literally you look at your watch and time has just flown by. That never changes, so training hard to fight easy, having the hard conversations up front, and never saying "we’ll figure it out on the day" have become cornerstones of my prep and process.

Be bold. Never go into a meeting without a point of view. The creatives might love or hate what you say, but nail your colours to the mast early and stick by your conviction. They must like something about you, or your work, to have got you into the room, so don’t waste the opportunity by being vague or hedging your bets.

Jim Gilchrist has directed ads for McDonald’s, Hula Hoops, HSBC and Macmillan Cancer Support, among others. 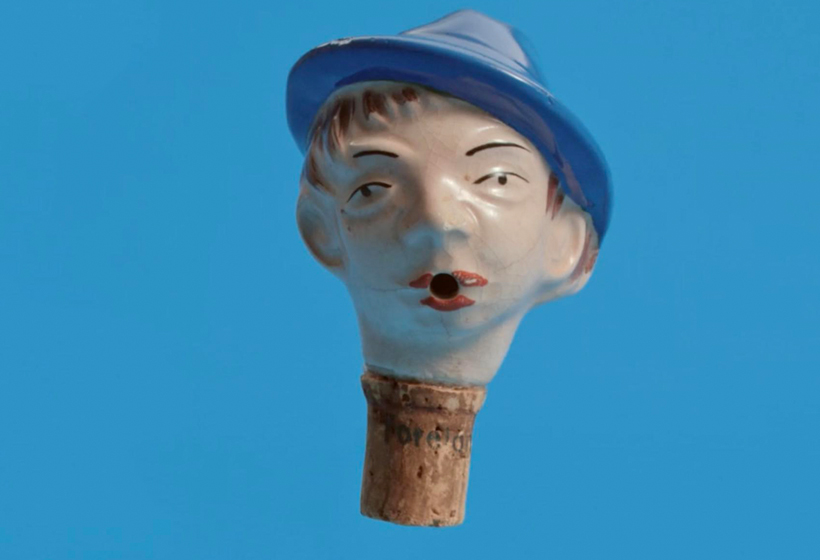 This was the first time I’d ever worked with a budget like that, or a crew that large. It was exciting, if a little daunting. It’s actually still one of my favourites of the ads I’ve made, both in the process of making it and the end result. It is graphic, yet cinematic, which is exactly what I love to make.

I referenced Gregory Crewdson and Jeff Wall, not only as inspiration as to how the film would look, but also how we put it together. Every shot in the film is made up from multiple camera passes at different times of afternoon, evening and night. This I think was very successful. My clunky nod to Edward Hopper in the bar scene less so perhaps!

What did you learn?

The project was all about collaboration. We had two directors of photography working together, two art directors, and then we collaborated with lots of independent artists to create the content you see on the television screens.

For me this was all about learning to retain my creative vision, while giving all the extremely talented people I was working with room to exercise their ideas and skill.

We shot the main body of the ad for 12 nights in Berlin. Over those 12 nights Germany was under a deluge of torrential rain. We were blessed, barely seeing any bad weather at all. One night we were shooting and could see the storm passing quite close, a wall of grey and rain. On the satellite map we were in a tiny window in rain clouds covering the whole country.

Working in advertising is a collaborative process, which can be very rewarding. You’re going to work with some great people and you can learn a lot from all of them.

Do try to hold on to your creative vision where you can, but don’t be overly precious.

And, if you can avoid it, don’t take a job just for the money, as it probably won’t be much fun.

Noah Harris’ most recent ad was a solar-powered Gorillaz music video for E.ON.