From selfie swings to treasure hunts, brands are leveraging social media in increasingly creative ways. Event looks back at some of the top uses of the online platforms across experiential this year.

Retailer River Island devised a selfie swing for the Parklife music festival in Manchester at the beginning of June.

Visitors to the activation were invited to capture an image of themselves on the giant swing, with those who shared the image on social media using the hashtag #RISwingSelfie entered into a draw to win access to the festival’s VIP lounge.

Ear to the Ground developed and executed the experience, meanwhile Breed and CreateLondon were responsible for enhancing the brand's online presence throughout the two-day event. 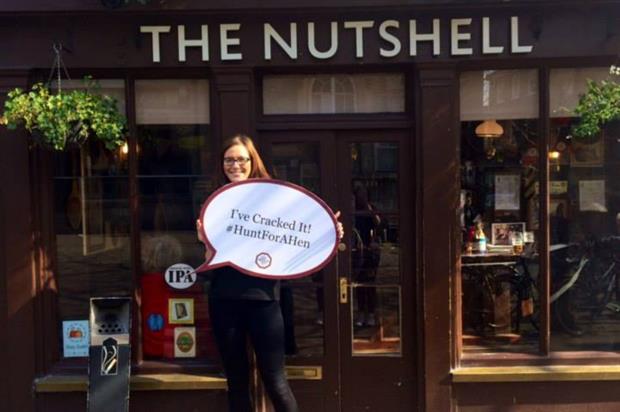 The ale brand toured its Hunt for a Hen bar around the UK in March, hiding it in secret locations across cities including London, Manchester and Birmingham.

Clues as to the whereabouts of the bar were posted on the brand’s social media sites, and those who uncovered its location and agreed to a social media post featuring the #huntforahen hashtag received a free half pint of beer.

Bookmaker Betvictor teamed up with communications agency VCCP to create an interactive social platform in the lead up to the Pacquiao vs Mayweather boxing match in April.

The TweetRumble utilised a custom animation, which threw a virtual punch for every Twitter mention towards either #TeamPacquiao or #TheMoneyTeam, Mayweather’s boxing name. 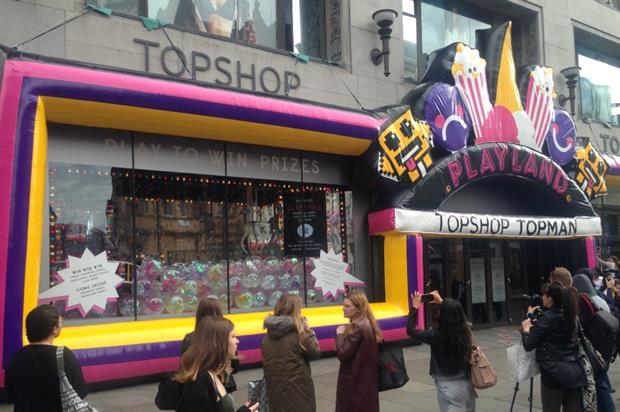 The Twitter-powered crane at Topshop

Retailer Topshop worked with agency CreateLondon to unveil the world’s first Twitter-powered crane as part of the Topshop Playland experience at its Oxford Circus flagship store.

Customers could take to Twitter to control the crane, which was situated within the main window of the store, to win prizes. Topshop Playland also included a Twitter-powered vending machine along with Ms Pac Man, Zoltar and coin pusher machines.

CreateLondon similarly worked with Benefit at the end of June to create a Twitter-powered vending machine that released free product.

The electronics brand devised a treasure hunt with agency Cheil UK in April to promote the launch of its new Galaxy S6 handsets.

Tickets to win the new smartphone were placed across eight of the UK’s largest cities, with clues broadcast via video across Samsung’s social channels.

Those who successfully solved the online riddles and deciphered the location were instructed to shout a secret password, at which point a Samsung representative appeared with their prize.

Want more? The following social-powered activations have all been unveiled within recent weeks:

Five brand experiences that took us back in time