What was the campaign, in a nutshell?

The blooms were found cascading from the famous Eros statue in Piccadilly Circus, bursting from two classic red phone booths in Soho and exploding from a battered Biffa wheelie bin in Brick Lane.

How did the idea come into being?

We’re always on the lookout for interesting creatives and creators in the floral world to help spark new ideas. We’d been watching Lewis’ work for a while across the pond and when we got the brief to amplify the "We need more flowers" ad, we immediately knew we had the right idea for the right brief and, crucially, at the right time – just as the world was opening up and people were starting to venture back into the city. We just needed to find a way to make it happen in a pandemic.

What ideas were rejected?

As the campaign was due to go live when restrictions were still in place, we had a few different routes that didn’t rely on public interaction up our sleeve in case we went back into a full lockdown. Thankfully, we found ways to work around the restrictions and mitigate as much risk as possible.

We moved very quickly as Lewis Miller’s diary was crammed. We found one small window where he could fly over and quarantine. We also approached royal florist Simon Lycett to do some of the groundwork in terms of preparing for the Flower Flashes as Miller's London floral sidekick.

On one hand, we wanted to emulate the spontaneous, surprising and organic elements of Miller. On the other, we had one night to build the Flower Flashes – using 12,000 fresh blooms – so the last thing we wanted was to get shut down mid-arrangement.

We approached Westminster Council to get its buy-in to create the Flashes in two locations under its control – Eros and two of the phone boxes at the bottom of Great Windmill Street. 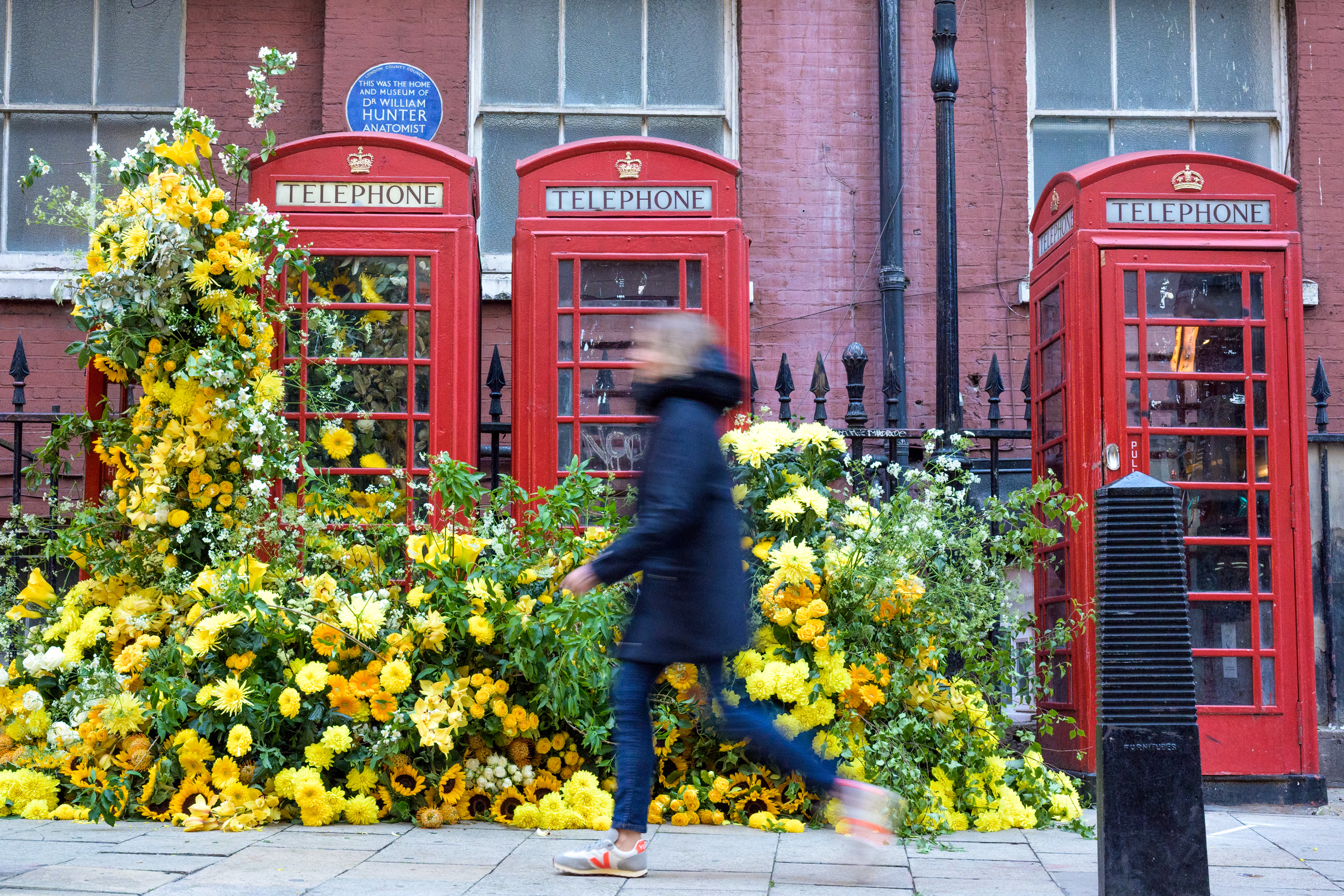 The council loved the concept as it aligned with its mission to bring people back into the centre of London, so we ended up doing the two with its blessing and a third in Brick Lane on the fly.

We briefed PA and Pinpep to capture quick turnaround photography and video content to share with media as soon as the Flashes were finished at 8am.

What were the biggest challenges and how did you overcome them?

Doing a public activation of this scale during a pandemic was undoubtedly the biggest practical challenge. From a creative point of view, we wanted to stay close to the visual narrative of the ad, where flowers are shown in a more disruptive and provocative light, as opposed to picture-perfect blooms – Lewis and Simon were brilliant creative partners in helping realise this vision.

How did you measure the results and what were they?

Media coverage to date has been outstanding with highlights including three pieces in the Daily Mail online as well as The Guardian, Daily Telegraph, Evening Standard, BBC London News, ITV London News, BBC London Radio, Secret LDN, Creative Boom and a host of consumer and regional titles and social channels. 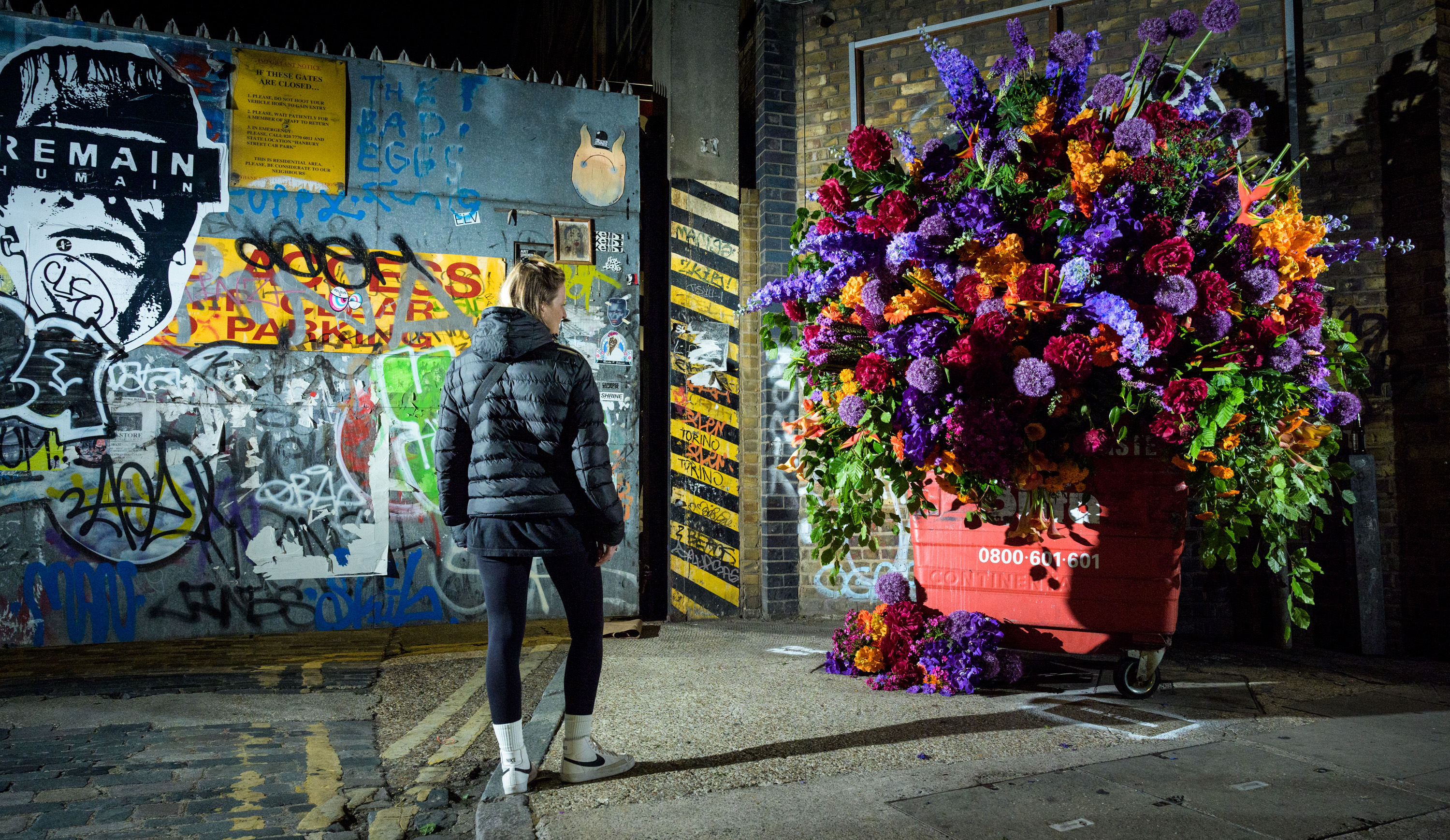 What's the biggest lesson you took away from the campaign?

To follow your instincts; even when logic might say otherwise. Pulling off a big scale stunt in Covid times is terrifying but we had enough Plan Bs in place to be confident – and reassure the client – we could get around most last-minute challenges.

A version of this article first appeared in PRWeek.

Nissan breaks through the screen with immersive installation

#PassItOn: Lead with generosity and balance give and take