The Secret Footballer explains how brands are changing the beautiful game.

Uefa’s fundamentally flawed Financial Fair Play rules, which stipulate that no football club can spend more than 60 per cent of its turnover on player wages, has led to an explosion of club/brand affiliations.

Despite their performances on the pitch, Manchester United have led the way off it. The club’s commercial pull is so strong that even senior executives can get caught up in the chase to be associated – General Motors sacked its global head of marketing, Joel Ewanick, just 48 hours after he had agreed a £175 million shirt sponsorship deal.

Off the back of that deal came a monster £750 million kit manufacturing agreement with Adidas – twice the amount paid to the club by its rival Nike in 2002.

But, despite their vast terms, these deals are standard football deals. Shirt manufacturing and shirt sponsorship is something that every professional club has.

It is at the elite level where we are now witnessing the really innovative stuff.

Facebook’s purchase of the Oculus Rift virtual-reality system for $2 billion looks expensive from the outside. But the technology has the ability to put any spectator anywhere into the best seat in any stadium in the world. This can give people the impression of being at the ground while the headset flashes up affiliate in-play betting and beer commercials in the top corner. 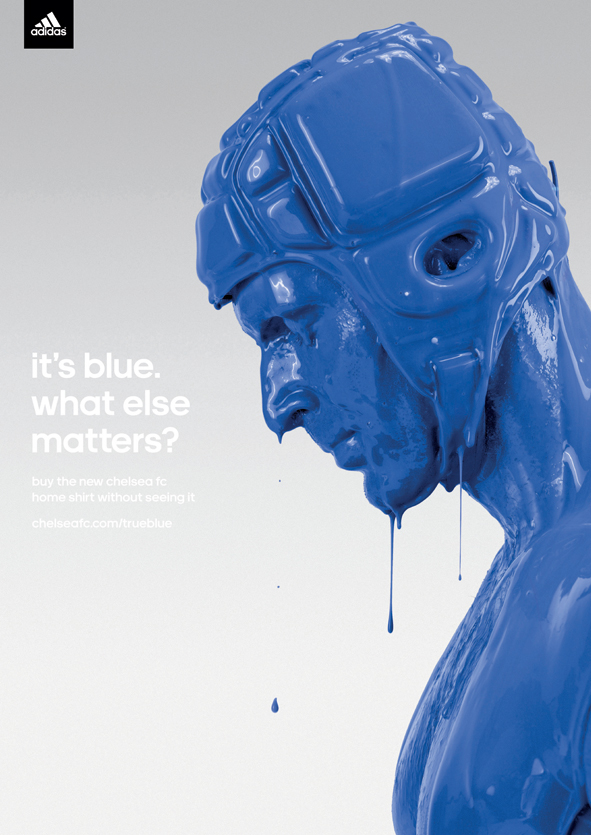 "Selling an idea that uses a Premier League football club or its players adds layers of complexity, Neil Simpson, the chief executive of The Corner, says.

The agency last year released a campaign promoting Adidas’ Chelsea kit. After convincing the client and the club of the idea, they had to get the green light from the players. "We had to present to the captain [John Terry] and some of the other senior guys. Fortunately, they loved it – but it just felt like a relief at that stage," he says.

"Of course, that’s no guarantee. You still have to deal with footballers, who are traditionally unpredictable and fickle. Even if you have the relationship with the sponsor, they sometimes just don’t show up.

"You don’t realise that the mood and decision-making are all based on match results. You can have everything set up, and then a loss could upset the plans and no-one turns up."

Campaign has heard such stories before. The Bayern Munich manager Pep Guardiola failed to appear for a scheduled shoot for an Audi ad after his team lost 4-0 to Real Madrid in the Champions League in April.

One upside with a football-kit campaign is that you’re selling to people who already love the brand.

"You’re never going to convince a football supporter to switch allegiance through an ad, so we just wanted fans of other clubs to think: ‘Shit! I wish my club did that,’" Simpson says.

Also, when you’re marketing to a big club, you have to consider fans in different parts of the world – such as Asia – who may have a different understanding of a brand.

"I heard two bits of feedback about the Chelsea campaign [pictured]," Simpson adds. "One was that Dasha Zhukova [the partner of Roman Abramovich, the owner of Chelsea] was a fan of the work, so presumably the chairman was happy.

"The other was that, at the time, Nike was about to launch a campaign for the Nike strip but delayed it because we had raised the bar. I’ve no idea if that was true or not, but I loved it."

The Secret Footballer’s Guide To The Modern Game is published by Guardian Faber Publishing, priced £12.99 – www.thesecretfootballer.com