Event looks at how Lipton Ice Tea, The North Face, Energizer and STA Travel have focused their efforts on particular tribes.

Lipton Ice Tea delivered its Daybreakers campaign in June and July, devised with a particular sub-group in mind.

While Hordijk notes Lipton Ice Tea is already the UK's number one ready-to-drink tea brand, she says the company identified room for growth. "Part of our challenge was to overcome perceived taste barriers in a market that largely prefers hot tea," she says.

"To achieve this, we needed to go beyond product-led communication and offer a wider brand experience to encourage our target audience to engage with the brand. As 20% of the UK's 25 to 30-year-olds live in London and are seen as possibility embracers and trendsetters, we decided this was the group most likely to try Lipton Ice Tea and spread the word."

"Lipton Ice Tea Daybreakers has been our biggest multi-channel summer campaign for the brand in the UK," says Hordijk. "Targeting busy Londoners, it centred around events that aimed to get them to break from their normal routine and experience their city in a different way."

The series kicked off at the beginning of June with a performance by folk-pop duo Hudson Taylor at London's Sky Garden - the first-ever live gig to be held at the venue.

Other events included a 100-metre slip and slide at Kings Boulevard in King's Cross, and a morning tour of the Alexander McQueen: Savage Beauty exhibition at the V&A.

The series closed with a morning party, called Get Up Get Down, at Old Street Roundabout in July. At the gathering, Norman Jay delivered a live DJ set and guests enjoyed meals by local burger bar Burger Bear.

"At each event, attendees were given the Lipton Ice Tea 'Perfect Serve', the peach variant, in a jam jar with ice, citrus wheels and a sprig of sage. It highlighted the refreshing, sophisticated nature of the drink," Hordijk recalls.

She adds that the campaign embraced social media in various forms: "The series was supported by advertising, social media activity and a wider experiential sampling programme. We also hosted live content from the events on Periscope, the live streaming app, so users who couldn't attend were able to watch them taking place." 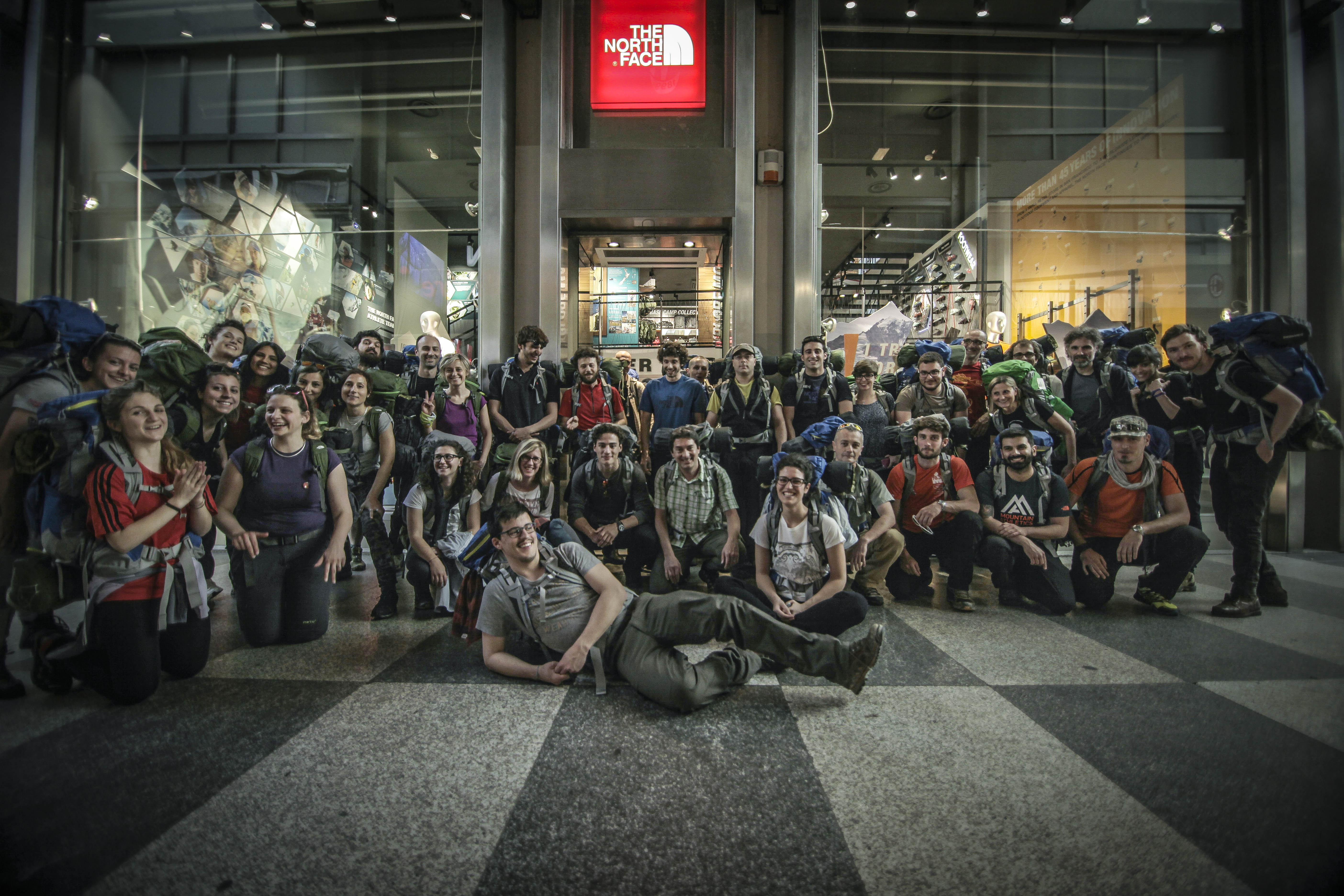 Adventure company - The North Face targets the active, outdoor type with its events. Anders Ollgaard, the brand's communications manager EMEA, says it has a defined target group. "This group of people is characterised by a genuine drive towards the outdoors and to pushing limits," he says.

"They are purposeful people who have a great curiosity about life and a desire to grow through knowledge, experiences and exploration. They are achievement-oriented, but it's about the inner competition within themselves rather than the race to become number one. It's about making every day count, having a positive impact on the world and feeling progression with one's self."

The values of the adventurous, outdoor type are also in line with those of The North Face, Ollgaard notes. "We are passionate about the outdoors and believe all of our consumers should take moments in their daily lives to escape the ordinary, discover new places, and experience the thrill and joy you get from exploration," he says.

"This is what we focus on at The North Face, and it's what our products allow people to do. Focusing our communication and activation towards our core consumer allows us to speak with a natural tone of voice and remain true to what we believe is important."

While The North Face has always leveraged events to engage its audience, the brand has upped its experiential ante in recent years.

"This past season we wanted to do something slightly different for our core consumers through our retail, so across Europe we have been executing small, mid-week city getaways under the name Everyday Explorer," says Ollgaard.

"At each of these we took 40 to 50 consumers outdoors for an evening of hiking, campfire storytelling and sleeping under the stars, returning to the city the following morning ready to go to work. We want to encourage people to take more time to escape their daily routines, and with this format we proved that you can use your weekday nights differently.

"Exploration is not just about climbing Mount Everest or running an ultra-marathon. It can be found everywhere, even right on your doorstep."

Adventurers can expect two new event offerings this season, both in-store and by the Verdon river in France.

"We will be launching a storytelling initiative into our outlets, a format that will bring athletes we sponsor into our retail space. They have been on amazing expeditions and adventures all around the world, and we want to share those stories with consumers all across Europe.

"Last but not least, we hosted an event on the weekend of 12-13 September under the name of The North Face Nightray Outdoor Fest, in the Verdon region in the southern part of France. This was a one-night, all-night festival that celebrates exploration. It allowed consumers to engage with athletes and to try various outdoor activities themselves," Ollgaard explains. 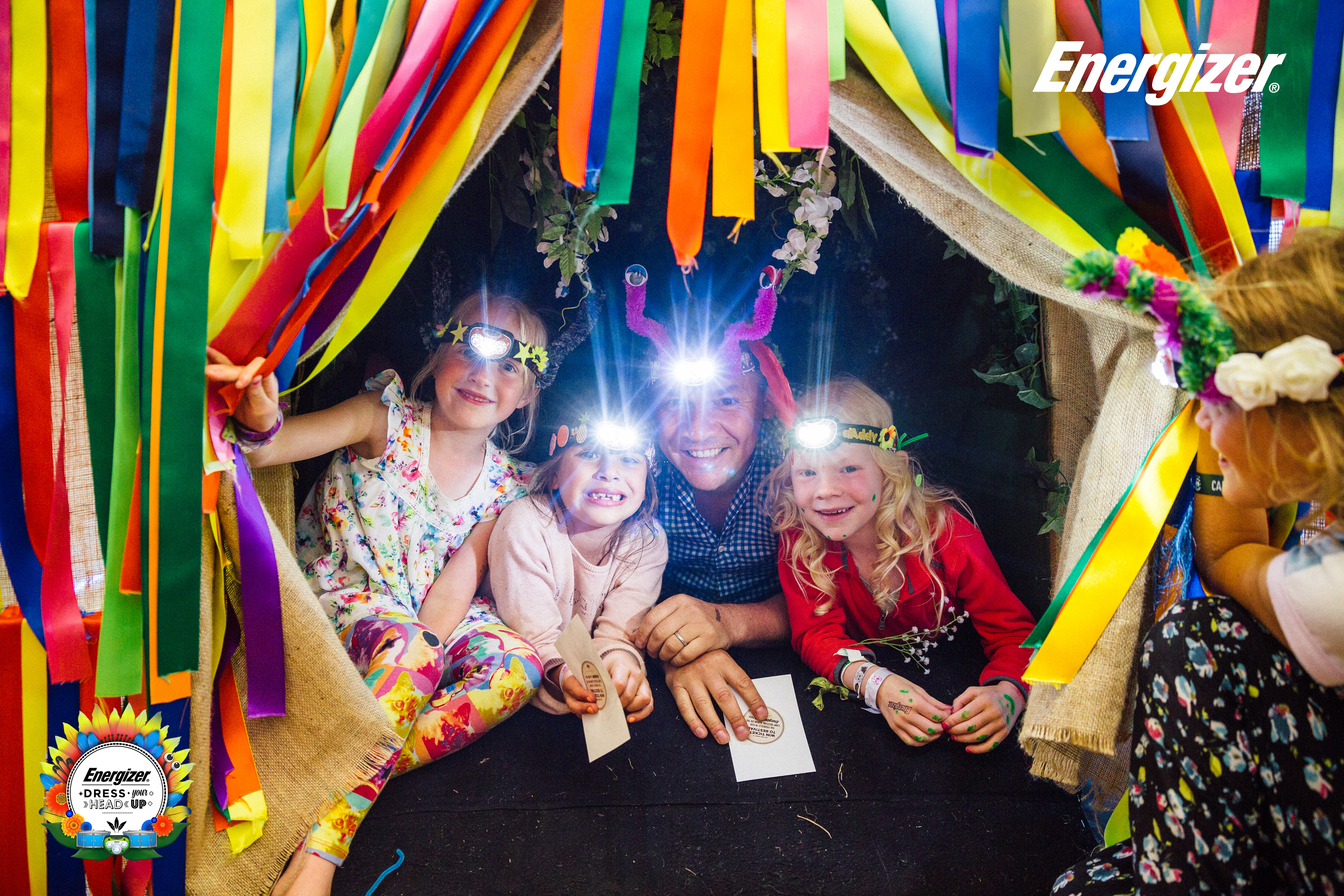 Although batteries are consumed by the masses in everyday technologies, Energizer's recent experiential activity has been devised with four particular tribes in mind.

The brand's recent activity at Camp Bestival sought to engage a fourth group. "We targeted young families to promote the fact that Energizer is more than just batteries, to create a halo effect around our whole product portfolio," Jacobs says.

"The sculpture consisted of 83,000 batteries collected from recycling plants across the UK. Weighing in at a hefty two tonnes, the re-imagined Tower Bridge sculpture stood at a whopping 12 metres long and four metres high. And to ensure a genuine likeness, the replica was opened and closed at the same time as the real London landmark," Jacobs recalls.

The stunt was designed to not only promote the brand's new product, but also to encourage consumers to think twice before throwing used batteries away.

In terms of success, 35,000 people passed by the bridge throughout the day, and the brand reached 33,000 consumers via Facebook.

"We ran a competition alongside the sculpture where passers-by were given a free pack of Energize EcoAdvanced batteries if they uploaded selfies with the statue," Jacobs adds.

She says nearly 1,000 packs of batteries were given away via the promotion on the day.

The brand opted for something a little different at Camp Bestival in August, where the focus was on the broader Energizer offering.

"Targeting young families, our activation was 'Dress Your Head Up', a festival event to promote the launch of our range of Vision headlights. Consumers were given a free headlight to customise with colourful accessories and urged to share their images through our social channels for a chance to win tickets to sister event Bestival. On the Saturday night we invited participants to come together with their headlights and form a literal flashmob," Jacobs recalls.

More than 2,000 festival-goers got involved with the activation, and more than 130 people took part in the flash mob.

The brand fared well on Facebook too: the activation reached 163,000 people, and it attracted 1,189 new followers by the end of the three-day festival. 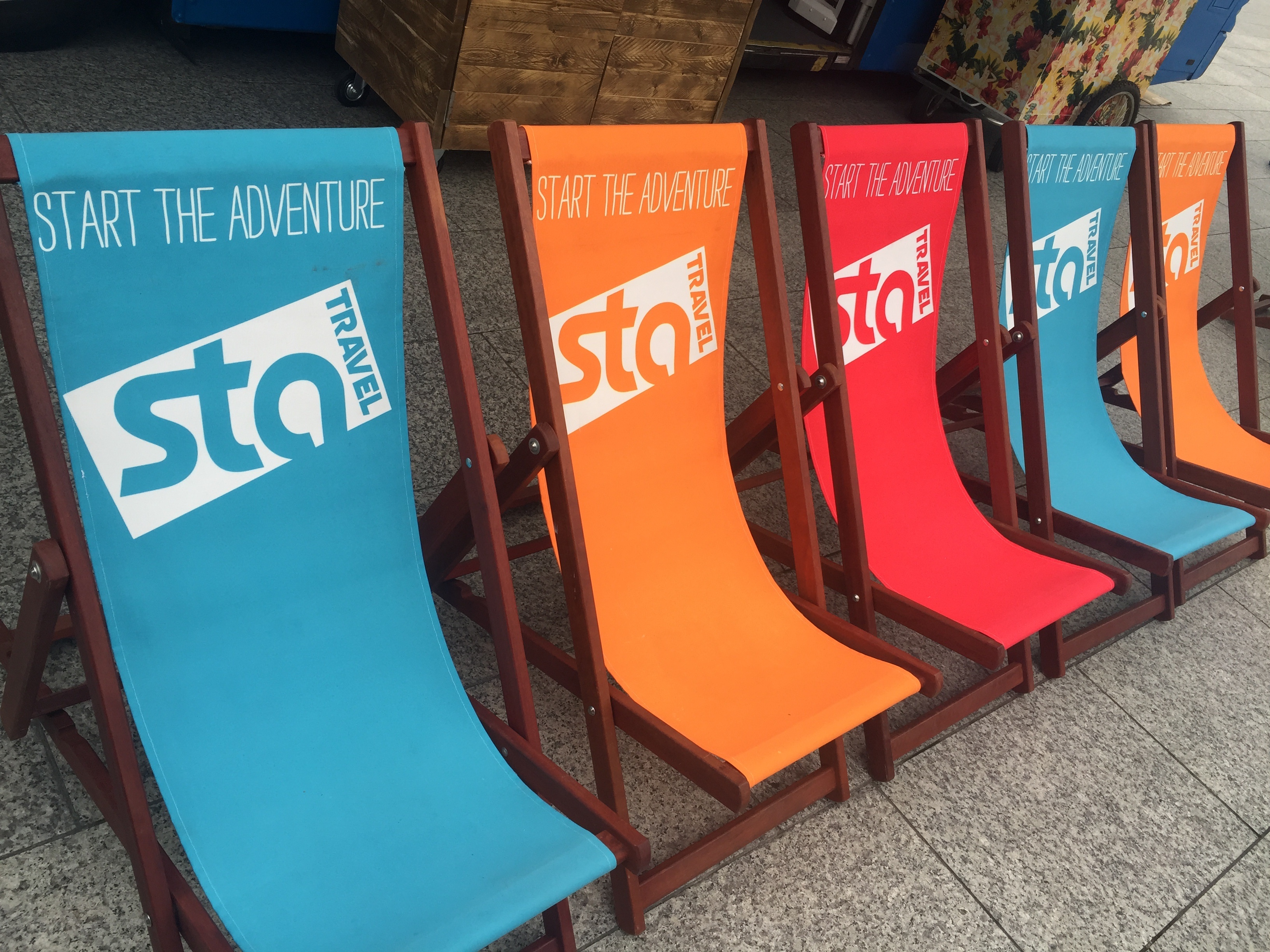 STA Travel differs from most traditional travel companies in that the brand focuses on packages for young travellers aged between 18 and 35, with its marketing efforts targeted accordingly.

"STA Travel is the world's largest student and youth travel company, and as such the majority of our events and experiential brand activities are targeted at our core audience of students, graduates and young professionals," says Tim Fryer, product and marketing director at STA Travel UK.

"Our focus is on helping young people create bespoke life-changing experiences and incredible adventures, whether this involves exploring a new city, island or coastline, learning a language overseas or heading abroad to work or volunteer."

Fryer notes that STA Travel has forged relationships with other travel companies so that it can offer packages that appeal to its core customer base.

"We have exclusive access to market-leading airfares for students and young people, thanks to our global buying power, 35-year heritage and great relationships with airlines all over the world," he says.

STA Travel has delivered a series of experiential campaigns within the past year, all of which were aimed at the 18 to 35-year-old demographic of keen travellers.

"We launched the Find Your State of Play campaign in partnership with destination-marketing organisation Brand USA in June, which saw us take our new branded double-decker bus on a tour of the UK," Fryer explains.

"On board the bus, which also acted as a mobile store, customers could try the latest Oculus Rift virtual reality headsets, which immersed the viewer in a 360deg 3D setting, allowing them to virtually jet off to USA destinations such as Los Angeles and San Francisco."

He adds that the tour provided a great platform for the brand to interact with potential customers from across the UK in a real-world, face-to-face environment.

The past 12 months has also seen STA Travel deliver country-centric activations to its target audience. "Over the past year some of our most successful brand activations have included our Aussie BBQ Tour and our Thailand Festival for students," says Fryer.

"We also have brand ambassadors in universities all over the UK, who are really engaged with the brand and champion us at a local level on campuses," he adds.

The company unveiled its STA Travel Hostel concept at Bestival music festival on the Isle of Wight from 10-13 September. The hostel was complete with an eight-person dorm room, and visitors can expect live acts as well as a garden area.

"It is the perfect place for our core demographic and potential customers to interact with us and find out what STA Travel is all about," says Fryer.

More: Tribes - Who marketers should be targeting

In pictures: The North Face sends Himalayan explorers into London

Tribes: Who marketers should be targeting

Creative Edge: What constitutes a tribe, and are they still relevant today?