Toby Smeeton, managing director of content-marketing agency Sunday, says that ‘content’ has fast become one of the most generic terms in the industry. He adds: "Anybody can tick a box and say they are doing content marketing, but without deep edit­orial skills and a deep understanding of the brand, you are just adding to the content sludge." Undoubtedly, agencies across multiple disciplines, from traditional advertising to PR and social media, are quick to claim expertise in content. But their editorial skills, and what this content actually consists of, can vary greatly.

Clare Broadbent, chief executive of content-marketing agency Cedar, says that while ‘content’ may be the word on many marketers’ lips, unless that means investing in content powered by a strong idea, there’s a risk that they will simply create more branded clutter, damaging the brand in the process.

"We live in a world where over 100 hours of video are uploaded to YouTube every minute; we do not need more content," she argues. "What we need is smarter content, which is meticulously designed to pull in a defined audience with an idea that really resonates with them. If it doesn’t do that, then it’s not a marketing solution, it’s just white noise."

In some circles a backlash to this white noise is in full effect, as the journalist Amy Westervelt so succinctly pointed out on blogging platform Medium, in a ripple-creating piece ‘Content Used to Be King. Now it’s the Joker’; the content-marketing gold rush has brought with it significant downsides.

Westervelt wrote: "Maybe if we all jump off the ‘content’ bandwagon, publications will stop giving away space to companies. Maybe they’ll start thinking along the lines of ‘Hey, do we really need 30 or more of those stories a day on our site?’ Are these SEO results amounting to any real bottom-line benefit? Is anyone even reading all this stuff? And maybe CEOs and their publicists will stop worrying about establishing themselves as thought-leaders in the media and actually be thought-leaders." 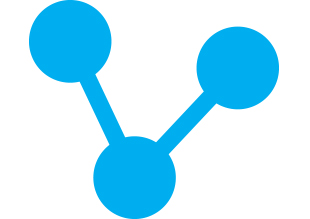 Certainly the term ‘thought leadership’ is one of the most overused and misunderstood in the growing lexicon of content-marketing jargon.

While the increased use of algorithms means that publishers have a growing number of channels to recycle their archives, and even dispense with writers altogether to create stories from raw data alone, this approach has had a limited success. In fact, there are daily examples of the inherent flaws in entrusting your content strategy to an algorithm.

One recent, high-profile, case was US comedy legend Joan Rivers’ Facebook post endorsing the new iPhone 6 on 19 September, despite the fact that she had died two weeks previously. The post was quickly deleted, but not before screenshots were shared widely.

There is no doubt that some brands are guilty of playing a heavy-handed volume game when it comes to content. However, many of the most successful brands in the field believe that the focus must be shifted elsewhere.

Nick Dutch, head of digital at Domino’s Pizza Group, says that the future of content marketing is not about quantity. "Don’t over-value what it means to your business if consumers engage with your content," he warns. "The consumer value is difficult to quantify. Ultimately, when many consumers share your content, it is because it is funny."

Of course, the goal for brands is not to display their prowess at content marketing, but to shift their product. "The Holy Grail [for us] is always selling more pizza," says Dutch. "I would like to find a better way of directly correlating a Facebook interaction with sales, but over the past two years we have placed greater emphasis on social media [and] it has become a bigger influence on sales."

He believes the launch of ‘buy’ buttons and the rise of social commerce could help track how content directly drives consumer sales.

The never ending end of print

Despite the maturation of content marketing as a discipline, some experts believe that brands still do not truly understand what it is for.

The future of content marketing will not be a narrative that plays out on a single platform. It will be one that demands that marketers reappraise not just how they might communicate better with their consumers, but also their right to impinge on that most valuable of commodities, people’s time.

Why brands need to adapt to fluid forms