21st Century Fox's planned acquisition of Sky would reduce the US media group's dependence on advertising, but ad sales, particularly addressable TV, remains one of the key reasons for the takeover.

Fox said the enlarged group, including all of Sky, would bring in 20% of group revenue from advertising, down from the 28% that Fox currently generates, according to a presentation to investors (see table below) when last week's £11.7 billion bid was formally tabled. 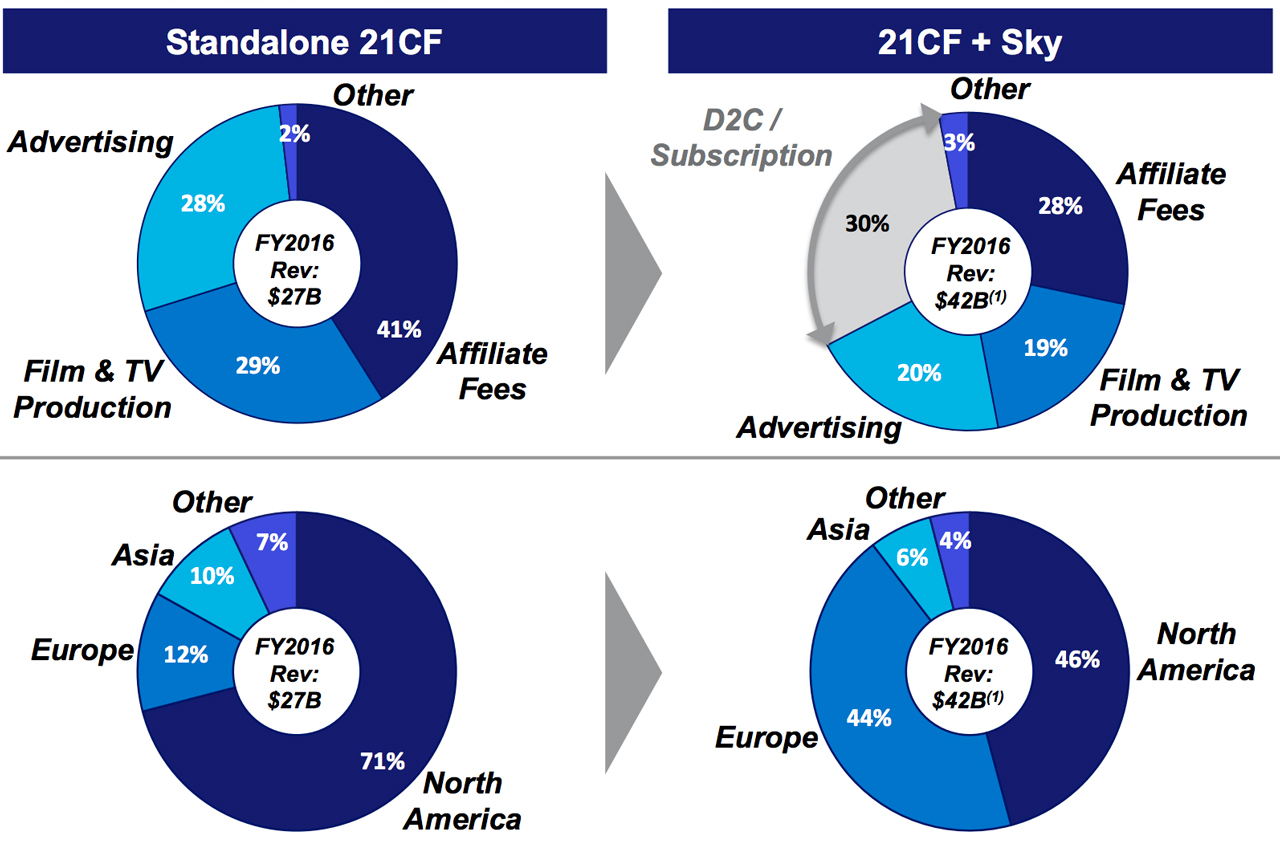 "This combination creates an agile organisation that is equipped to better succeed in a global market," Fox said.

UBS, the investment bank, has said the Sky acquisition would help "diversify Fox further away from advertising".

However, advertising remains highly profitable for Sky, even though the vast majority of its £12 billion in annual revenues come from pay-TV and broadband subscriptions.

Sky Media manages over £1 billion in UK ad sales for both Sky channels and third parties such as Viacom and Discovery and it is thought a significant chunk of profits fall straight to the bottom line.

Brian Wieser, analyst at Wall Street firm Pivotal Research, said reducing dependence on advertising was not an issue for Fox.

"If anything, they have talked up the opportunity to grow the advertising business in different ways."

Fox itself said Sky AdSmart, its ad-targeting technology, was one of the reasons to buy Sky, as well as the British group’s TV channels, sports rights and content production arm.

If there is a reason to reduce dependence on advertising, it is because linear TV viewing is falling and online streaming, including on ad-free platforms such as Netflix, is on the rise.

The Fox investor presentation pointed out its business has around 100m customer relationships across its portfolio, including its 39% stake in Sky and its 30% stakes in Hulu and Tata Sky.

Fox named its next nearest challenger as Netflix with 90m customers, suggesting it regards the streaming site as a prime threat.