Frank Budgen, one of the advertising industry's greatest directors, died last week. He was 61 years old. Budgen is credited with creating his own visual language; one that is still being imitated today. He directed his first ad in 1985 and leaves behind a body of work that is unlikely to be matched in terms of consistent brilliance. As a tribute, Campaign asked creatives and directors from across the industry to pick their favourite Frank Budgen ad.

Before he became a director, Frank was a brilliant creative at BMP DDB Needham. Having won every award under the sun, he departed the agency to direct full time. Over the next 25 years, Frank produced so many brilliant films – Nike "tag", Levi’s "twist", PlayStation "mountain", to name but a few. These weren’t just great ads, they were ads that moved the game on and created new rules for directing.

I always loved his Volkswagen "gas station" spot, created by the two Jeremys [Craigen and Carr]. While it is VW to its very core, Frank brought a freshness and a modernity to it that made us all drool with envy. It has been a treat to watch all these spots again. I just wish it was under different circumstances.

It started with a piece of paper. A bloody great big piece of paper, the size of a tablecloth, one wet Sunday afternoon at TBWA Towers. Ed Morris and James Sinclair slouched into my office and unfolded the agency’s 400th attempt at cracking the new Sony PlayStation brief. They read aloud a strange, beautiful poem they had scrawled on the sheet. It was entitled "double life". It took only one blessed meeting with the extraordinary David Patton at Sony for the loose concept to be approved and the world’s greatest ideas midwife, Mr Frank Budgen, was appointed to deliver it and smack its arse.

Yet what Frank delivered was so much more than a TV commercial. His notion of the "shared monologue" has become a genre, a standard: it has been ripped-off, borrowed and over-performed ever since by everyone from charities, bankers and assorted political wankers to hairy- arsed rugby players, Jessica Ennis and even bloody Bono.

Where they all get it wrong is where Frank got it right. He shot every character in "double life" reading the entire script. He then mixed and matched unexpectedly compelling performances in the edit. No-one was assigned to deliver just one line. Recent attempts all have the actors stiltedly delivering their one precious line, leaving a pause for someone else to follow. I fear there will be a long, long pause before we find someone to follow the fierce creative intensity and energy of our Frank.

And don’t be misled by the title. Frank never led a "double life". His was a very singular vision. We all hid behind him and he made us look great. He made magic of my mumblings on everything from Pretty Polly bras to Taylors coffee. And he turned a great big piece of paper into the most important piece of advertising I have ever been flukey enough to have been involved with.

One special man. One love.

Of the thousands of commercials I have made, the one that I’m most proud of is the one Frank Budgen wrote: The Guardian "points of view". It kicked off a professional relationship that lasted eight years.

Frank was never conventional but, through a muddle of procrastination, his quiet genius would always shine through. Frank is one of the greatest directors ever to grace our industry. He will be sadly missed but his legacy will live on. God bless you, Frank.

It is not an overstatement to say Frank Budgen was one of the most talented creatives this industry has ever produced. He will be remembered for his direction but, in the BMP creative department of the 80s, I saw what a force of nature he was, both as an art director and copywriter. Everything this man turned his hand to he was successful at.

People used to comment on Frank’s inability to make a decision. This was nothing to do with obstinacy on his part. He was just thinking. He rightly believed that creativity is an organic process and that work can be made better at every stage of the process. My favourite of his may be Nike "tag", an effortlessly cool film packed with invention and reward.

Genius is a much-misused word. There are, in fact, hardly any in the world. But Frank was one. All the proof you need is in his stunning NSPCC film. True, it’s a great script, but only Frank could have struck the balance between the nauseatingly realistic portrayal of the violent father and the slapstick representation of the abuse his son receives.

To be able to create a broadcastable version of horrific domestic violence is truly a feat. Brilliant yet utterly heartbreaking. It got me wearing the green spot badge. All hail, true genius.

Frank was such a talented man. Originally a copywriter, he wrote The Guardian "points of view", one of my favourite ads. But he was also a gifted image-maker. His shots were stunning and he could have easily become a stills photographer. He also accomplished so much as a director.

My favourite piece of his work was BBC "everyone loves to watch", mainly because I had the good fortune to get Frank to direct it. It was an epic tale – literally a cliffhanger! We had horsemen and even burnt down a whole building. For me, it was a masterclass in film-making and some of the best memories I have of making ads. Thank you, Frank. 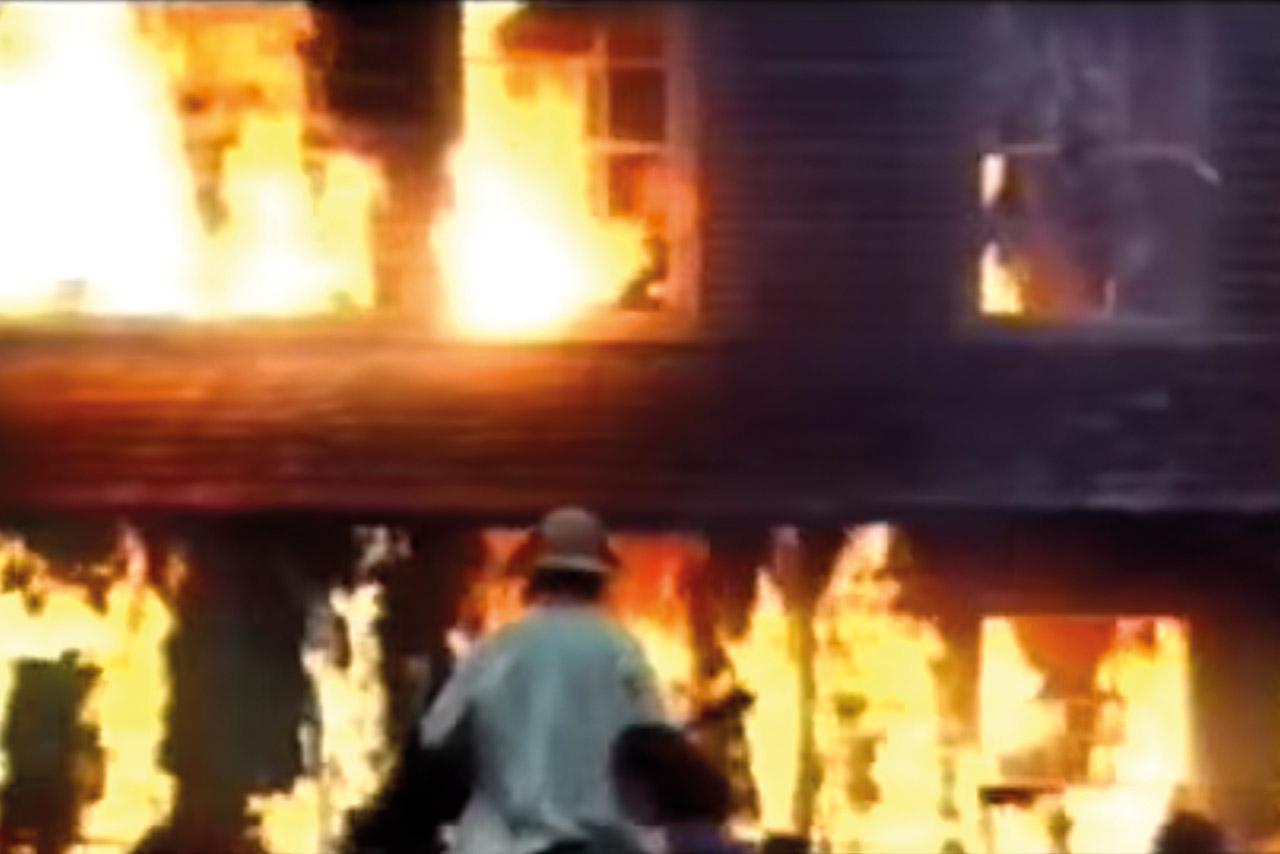 There is a seamless line of brilliance throughout all Frank’s work. From the very beginning to the very end. Back in the day, when he was a junior in an agency, you cut your teeth on trade ads or small space press ads. 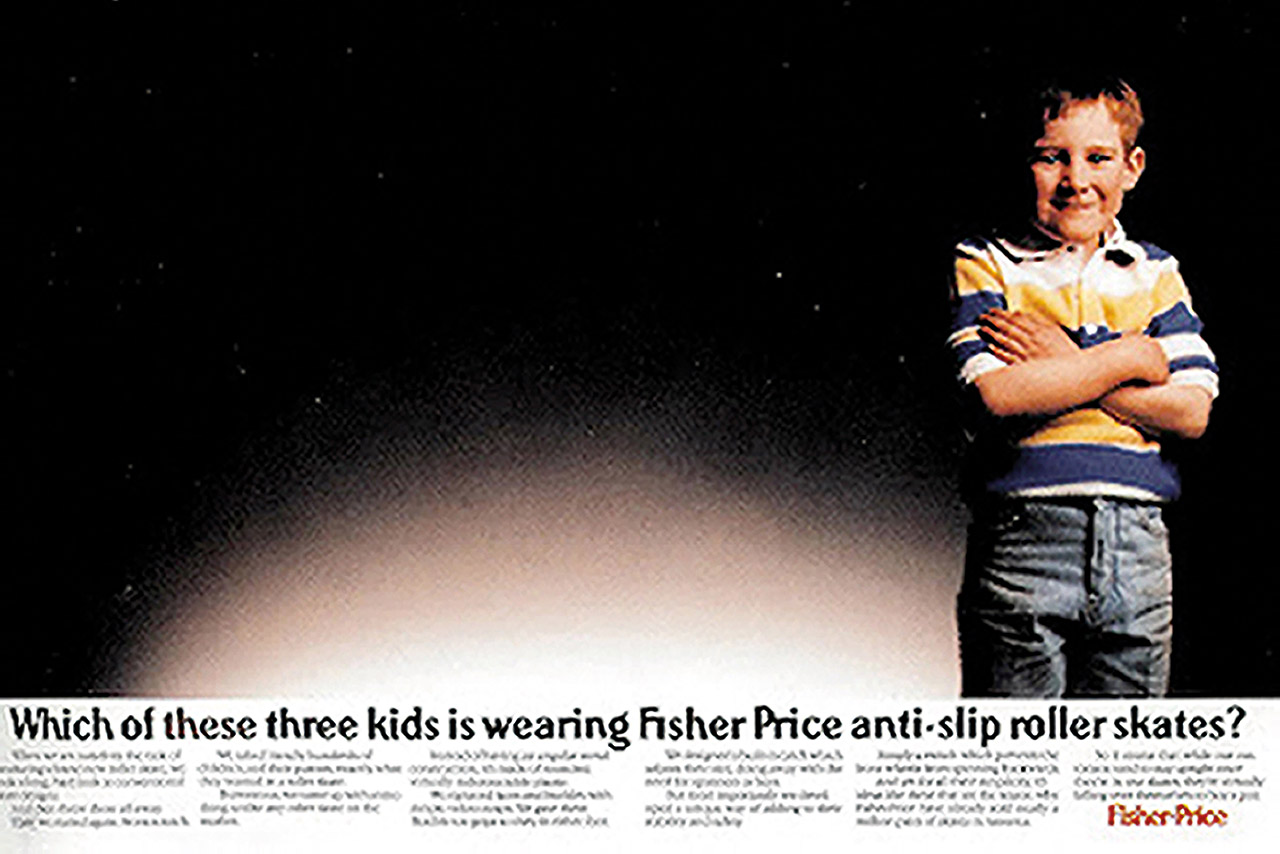 The Fisher-Price "roller skates" ad is Frank’s take on one of those early opportunities. It carries all the perfection, wonder and ambition of everything that was to come. Frank was the kid that never slipped up.