The Financial Times has today launched an integrated marketing and advertising campaign to promote an editorial series about China, timed to coincide with next week's visit by the Chinese prime minister to the US.

The campaign supports the 'China Shapes the World' editorial series, which runs from 18 to 22 January to coincide with Chinese premier Hu Jintao’s visit to the US.

The campaign's creative was designed by DDB London and features an image of a traditional Chinese carnival dragon with a tail created from the flags of major global economies.

The copywriter is Patrick McClelland, art direction is by Feargal Balance and the illustrator is Marc Burckhardt. The creative directors are Shishir Patel and Sam Oliver.

The ad will feature in global print magazines and newspapers, including The Economist, Time and The Week in addition to digital activity, including promotion on networking site LinkedIn.

The campaign, planned and bought by Maxus, uses outdoor media at key London commuter stations such as Waterloo and Victoria, and the series will also be promoted through point-of-sale marketing.

Caroline Halliwell, director of brand and business-to-business marketing at the FT, said: "The global economy is changing and our 'China Shapes the World' series leads the way in analyzing China's impact on the rest of the world.

"The investment in this campaign demonstrates the FT's commitment to both world-class editorial and the FT brand."

The editorial series, in the paper and online at ft.com, will look at China's influence and impact on economies around the globe, discuss fears about China's economic and military rise, and explore geopolitical issues. 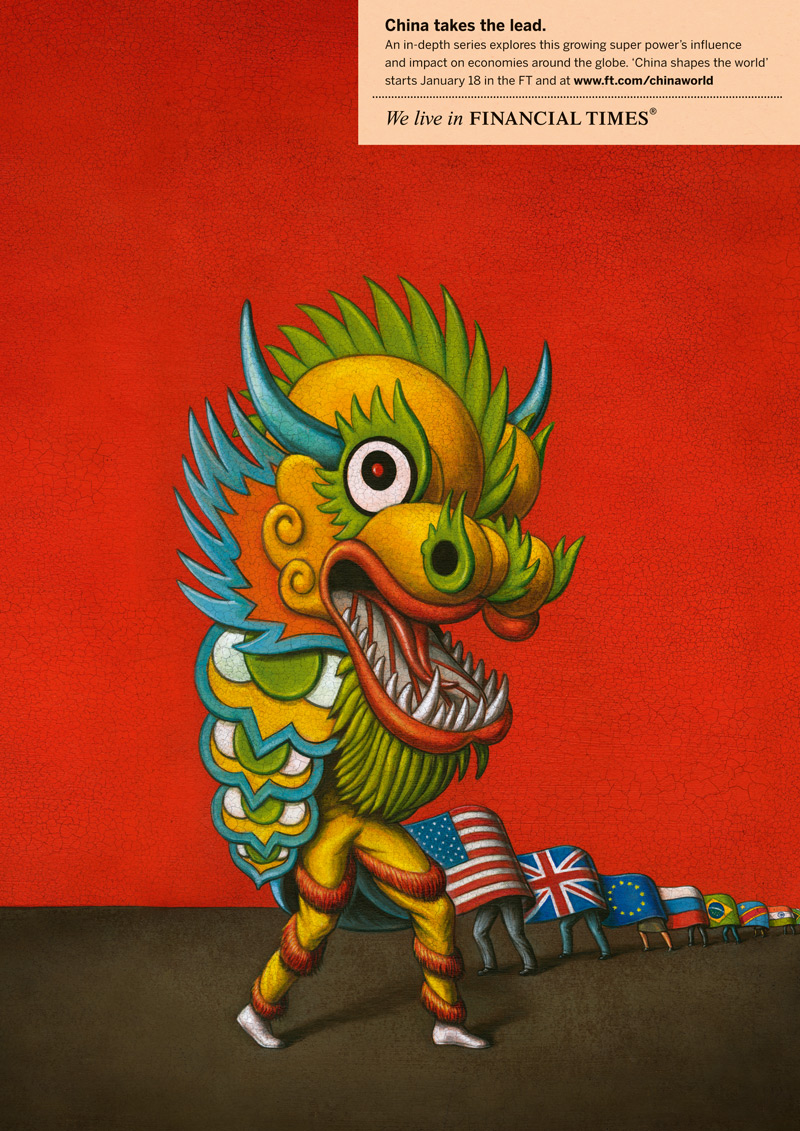