Sixty years after the UK's first TV commercial was aired, Campaign asks four experts to predict what the next 60 years will look like.

On 22 September 1955, the UK's first-ever television commercial was aired. It was for Gibbs SR toothpaste. Sixty years on, TV advertising is still going strong, despite the threat presented by the internet. In honour of the medium's diamond anniversary, Campaign asks four experts in the field to predict what the next 60 years of video advertising will look like.

The empowerment of individuals will continue apace over the next 60 years. Everyone will be a director. Technology will provide the tools. Cameras will get more and more sophisticated, and cheaper and cheaper. Broadcast-quality cameras will be in everyone’s hands. Colour and lighting will be improved at the touch of a button. Editing programs will allow you to choose the style of Hollywood’s best.

Drones will become smaller, more nimble and controllable and, because of wireless, footage from any remote location will be able to be broadcast instantly. That sweeping helicopter shot that would have broken the bank can be included in everyone’s home movie. Everyone will be filming everything. People will be incentivised to make ads to target their friends.

There will be so much film content that we won’t know where to put it. YouTube will have to install servers on the moon. And how will we show it all?

Advertisers will use profiling to target individuals. Films will be tailored to include everything you’re interested in. Scenes added or taken out depending on what the data says about you. Your favourite celebrities, dead or alive, included in the story could be swapped out for someone else’s favourite celebrity when they watch it. Sensors will know when you desire a product so it will be dispatched immediately (by drone, of course). 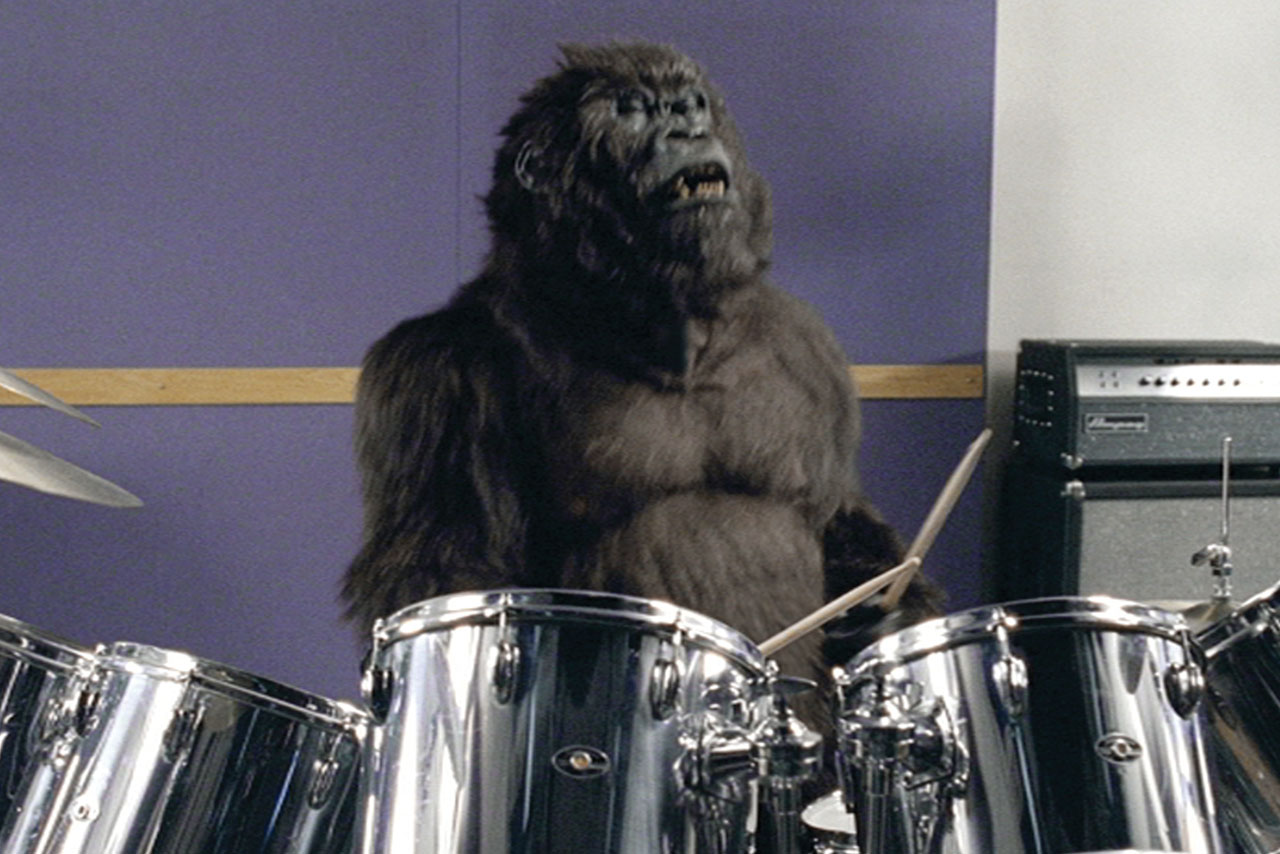 Appointment-to-view TV will be even bigger. A slot in the middle of the Super Bowl or Champions League final will cost a zillion dollars. Downton Abbey series 67 will be sponsored by Virgin Galactic. A virtual Richard Branson will appear in the ads.

The X Factor will be sponsored by the Venus tourist board. The real Simon Cowell will introduce his new line-up. Twenty-four-hour surveillance footage will be available on all contestants. Voting will be done in the blink of an eye, literally.

The advancements in technology will eventually mean we don’t actually have to film anything. We’ll simply send a script to a lab and it will create everything in CGI. Or maybe it will just create a few wave patterns that get implanted into your brain. 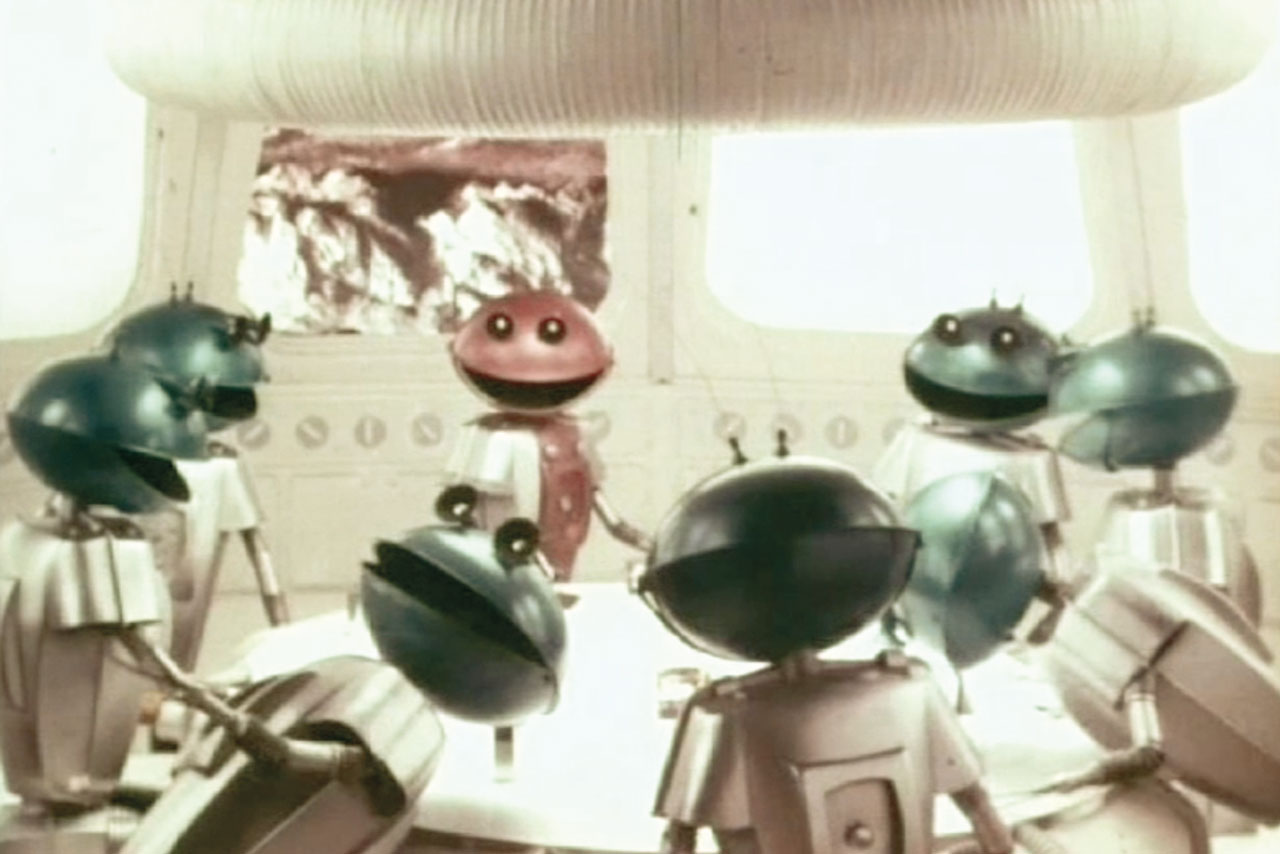 Commercials. How we create them, and who or what are in them, may well change dramatically in the next 60 years, but I can’t see the craft of directing them being different.

Directing is a misunderstood job; it’s simply about making sure everyone is working towards a consistent vision, even if not everyone can imagine what the final work might look like. As long as the director has in his mind what he wants to achieve, it doesn’t matter if he’s directing actors, dogs or cartoon drawings. The job of getting everyone on the same page will persist and that, at its most simple, is the directing bit. You sit on your arse and give people your opinion of how you think things should be done.

In yesteryear, it may have been a discussion with a white-coated actor about how to be convincingly earnest playing an authority figure urging the viewer to use toothpaste. Today, we may want to consider how best to capture the insouciance of a tattooed adolescent eating a manufactured meat product to the strains of the ukulele. Next year, it may well be a discussion with an animator about how to convincingly get a hologram of Humphrey Bogart to talk you into buying a flying car. Whatever it is, the director will still need to say: "Don’t do it like that; do it like this." 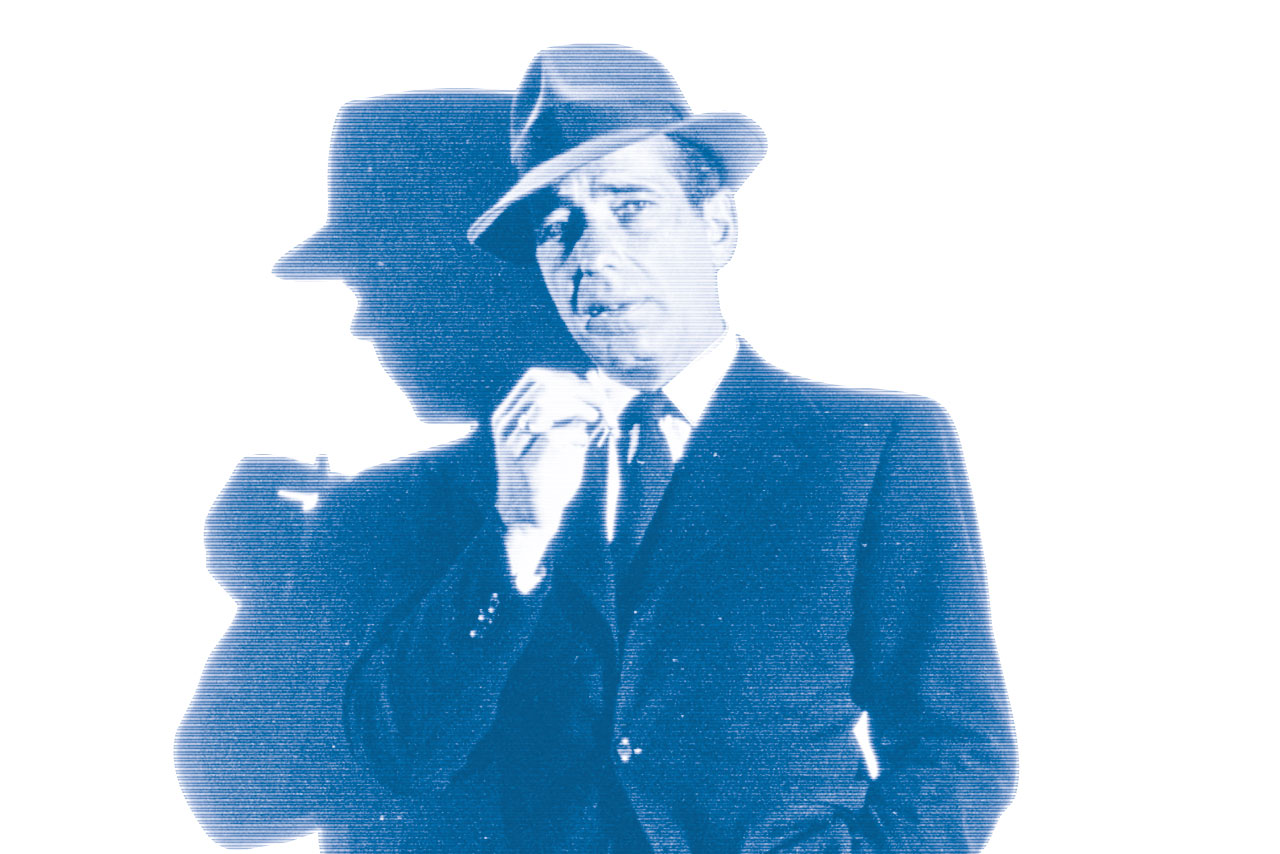 The move to digital from film is now more or less complete: cameras will become smaller yet higher-resolution; holography is already better than that scene in Star Wars with the princess projected in 3D. I personally love technological innovation and different methods of communicating but the core intent is – and, in my view, should always be – the same: to entertain.

I’ve already resurrected a virtual Audrey Hepburn, pushing current technology to its limit, and computer animation will continue to improve. It will persuade you that the fantastic and unbelievable is happening before your eyes or projected straight into your brain. But, of course, whatever the platform of delivery, it’s the message and how it is packaged that is important. It succeeds if it makes you feel something. 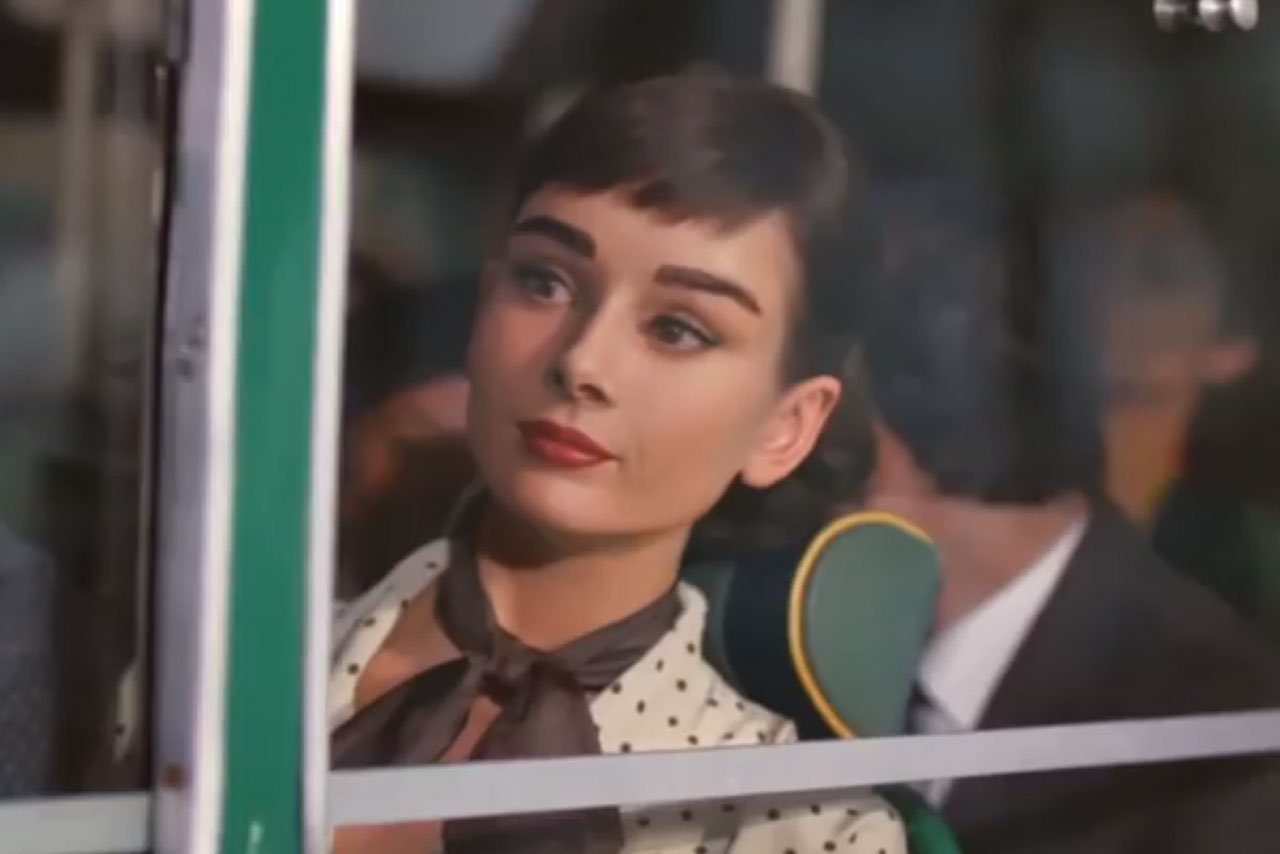 Perhaps we’ll have see-through actors jumping about our living rooms, but they will have to do it with some wit or excitement – otherwise, who cares? Technology for technology’s sake is poor. A great idea badly done is better than a bad idea superbly executed. But what we all want is a great idea crafted to perfection.

Probably some four-eyed git will create an algorithm that can direct an ad – one that, when the desires of the client, the budget restrictions, the test results, the flexibility to change everything at the drop of a hat and the dealing with decision-makers who can’t make up their minds are all factored in, results in a robot that can yell: "Action."

Will that be an improvement or will there still be a need for slightly grumpy human directors who stick to their guns while trying to create something of quality? I hope it’s the latter. Well, I would. 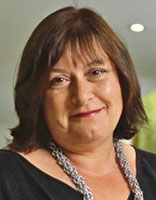 My mum and dad bought their first telly to watch the coronation, just before I was born. It had a 12-inch screen. TV technology has come a long way since then. I can still watch TV on a 12-inch screen (my tablet) but also on a six-inch screen (smartphone), both of which I can choose to view on the train, in the garden or on the loo (like the 3 per cent of people who admit to it). My favourite TV screen, though, is the 60-inch one shared with my family sitting beside me.

TV advertising has embraced every new technology in its short life. As we celebrate 60 years of TV ads in the UK, I would say the change to colour in the 70s delivered the most important advance for brands – so far. No-one cares how TV is delivered (via aerial, digital cable, internet or app); what matters is what you can do for brands, and technology keeps bringing TV loads of exciting possibilities.

We’re constantly learning. We had fun with red button interaction but it seems people would rather interact with TV ads on their personal second screen rather than interrupt precious programmes on the big shared telly. 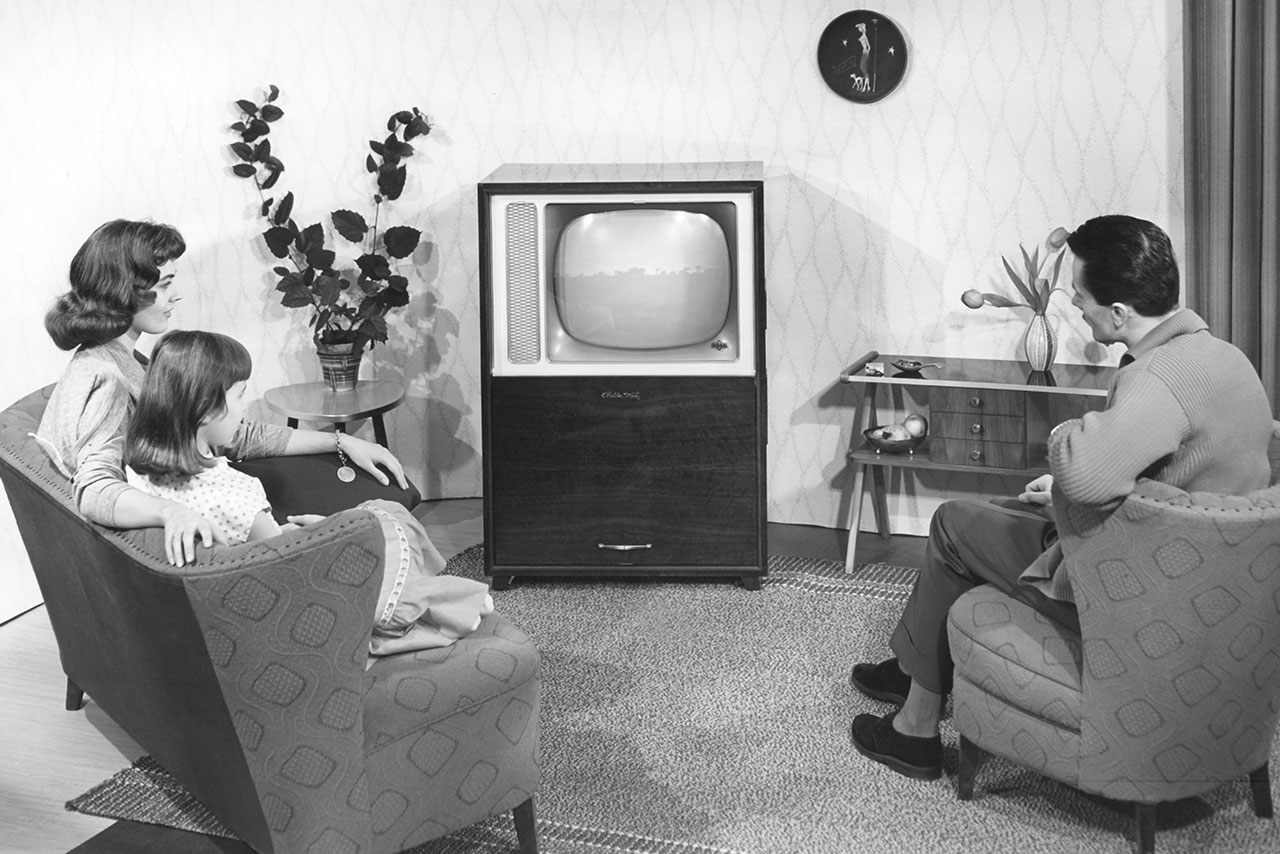 Currently, we’re enjoying what an intelligent use of data adds. This might be data owned by the broadcaster, the platform, the advertiser or a judicious fusion. But TV must remember to use precious registered viewer data – real first-party information that people have willingly shared – to delight and surprise, not to hound or exclude, as so many ads do online.

Let’s remember the difference between personalisation (to an individual’s personal device) and addressability (to a shared screen in-home) and see segmentation as an opportunity to customise creativity. This could be as simple as a different ad for households that are your customers versus households that aren’t.

There will be much more video advertising around but TV advertising – ads within quality programmes people have chosen to relax to – gives you more time, depth and credibility. The future of TV advertising will offer more to creatives but also demand more from them: multiple lengths, multiple formats, multiple functionality. All of that while delivering heart-stopping brand stories that get the nation talking. 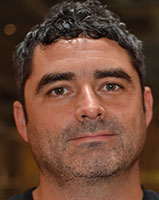 The visual communications landscape is a competitive environment. Brands, agencies, production houses and VFX companies like ourselves are effectively all striving to achieve one thing: audience engagement.

Our role in the process is often referred to as post-production and, while we prefer the term "visual effects", neither term quite describes the true range of creative services our business offers.

Our model used to be (relatively) simple: VFX artists and VFX producers providing VFX services to advertising agency clients. Our role was to enhance existing ideas using post-production and VFX techniques, making the visions of creatives and directors a reality.

There is no doubt that the VFX component has become incredibly sophisticated. There no longer appears to be a limit to what we can achieve. 3D photo-real characters that can perform alongside real actors, fully integrated within art directed environments, without anyone believing (or even knowing) otherwise. These services remain the core function of our business but our model is permanently shifting and adapting. Our creative talent now needs to consider a multitude of screens and experiences and the many exciting opportunities that can therefore be explored. We need to craft spectacular visual experiences in any space and on any screen, not just TV and cinema.

We’re also challenged (by the industry but also by ourselves) to explore and develop new storytelling technology and techniques. We have to make uncharted territory easier for our clients to navigate and we need to explore and develop tools to allow creatives and directors to push the boundaries of their imagination. Immersive experiences such as virtual reality and augmented reality are great examples. These may not be industry standards yet but we (and our respected peers) have already developed and delivered a host of projects, with many more in the pipeline. 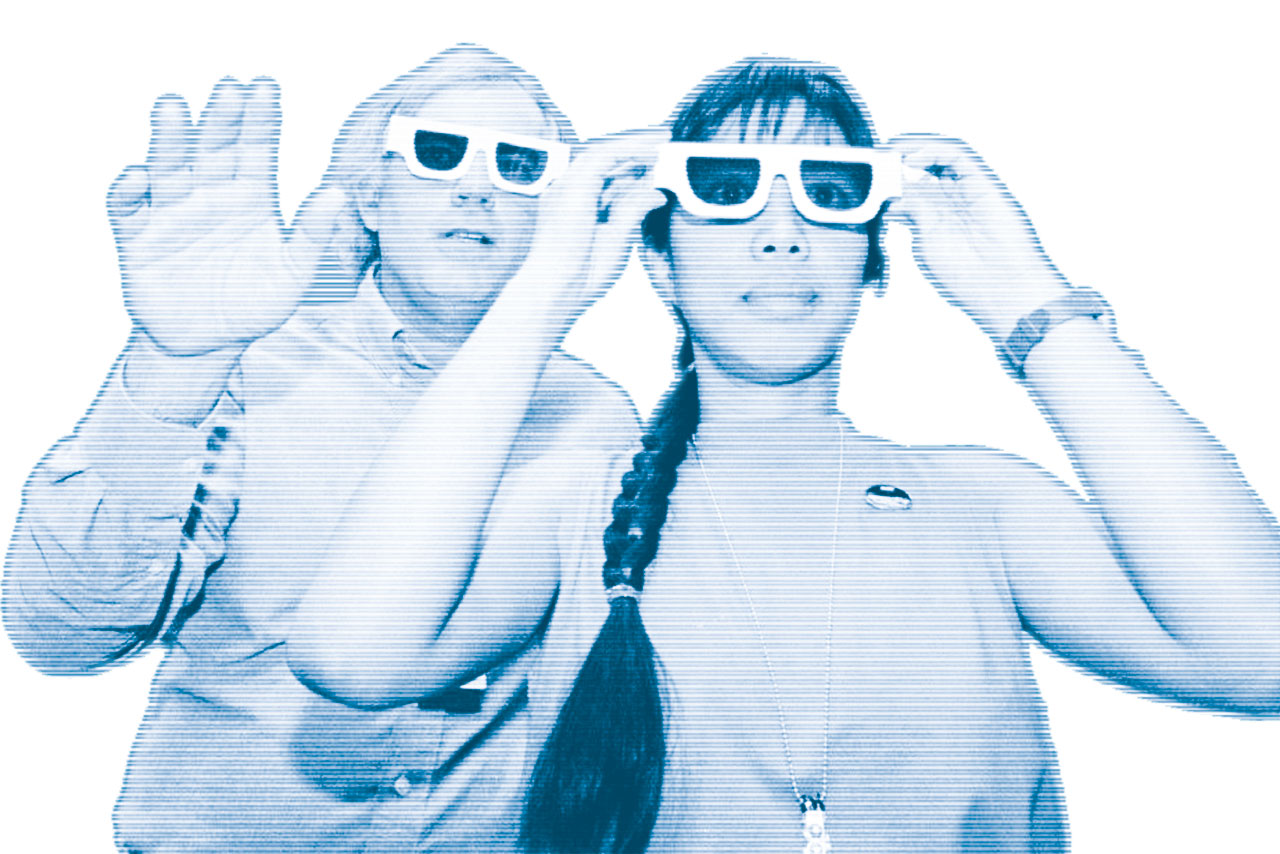 So, in short, our response to the industry shift has led us to evolve from executors to creative collaborators, intrinsic to the visual experience.

So where are we headed next? This is, of course, the billion-dollar question. We have our theories, largely inspired by our tech research and development teams who fascinate us with their bizarre experiments on a weekly basis. What we do know is that we find ourselves exploring and discussing trends such as non-linear, cross-platform, real-time, immersive and augmented. Increasingly, we are building bespoke teams on the fly that merge digital, VFX and production disciplines. Increasingly, these projects are one-offs or "technology firsts" with no previous or future case studies that will ever compare. The creative, production and technology tools at our disposal are forcing us to constantly research and prototype to work out the "if" and the "how" as opposed to just the "when".

Irrespective of the next chapter in technology, what is becoming apparent is that, in essence, our roles as creative businesses will continue to cross over and blur. At the end of the day, we are all developing and exploring the means to achieve the holy grail: genuine audience engagement within a highly competitive environment.

'The future belongs to those who create it'

The agency: under construction

Television should look up to the skies in 2015